It’s been one week now since Jeff Bezos let us know that there was a new Kindle in our future. After hearing his confirmation that a new e-reader was on the way, we started running across rumors about just what sort of changes we might get from this Kindle: rumors discussed a new, thinner build, as well as some possible accessories – like a battery-extending case. Amazon’s sure to announce the new model any day now, but it looks like the cat might be out of the bag a little ahead of schedule, as a early publication appears to reveal the company’s plans for the new Kindle Oasis.

Somebody seems to have jumped the gun, and accidentally activated the product listing for the Kindle Oasis ahead of schedule. The documents have since been taken offline, but not before they could be archived for our purposes here.

Right away you’ll notice the new lop-sided look of the Kindle Oasis, a marked departure from the line’s typically symmetrical design. That could make for a controversial design, and one we’re not sure all users will appreciate, but it’s not without its perks: by moving the bulk of the e-reader’s electronics to that thick “bezel” side, Amazon’s able to make the screen-bit a stunning 3.4mm thin.

Other upgrades included extra LEDs for better, more even lighting, and a new low 131 gram weight.

Rumors of that battery-extending case are also confirmed, with the battery-laden case capable of extending standby battery life to an impressive 20 months – charge today, and you’re good to pick up and read next year.

Despite the Oasis name, there’s no indication that Amazon’s waterproofed the new Kindle. And even with so many details available now, we’re still interested in seeing Amazon make its formal announcement; for all this find’s done to reveal the new Kindle’s hardware, we’re still curious to learn about pricing and release plans. 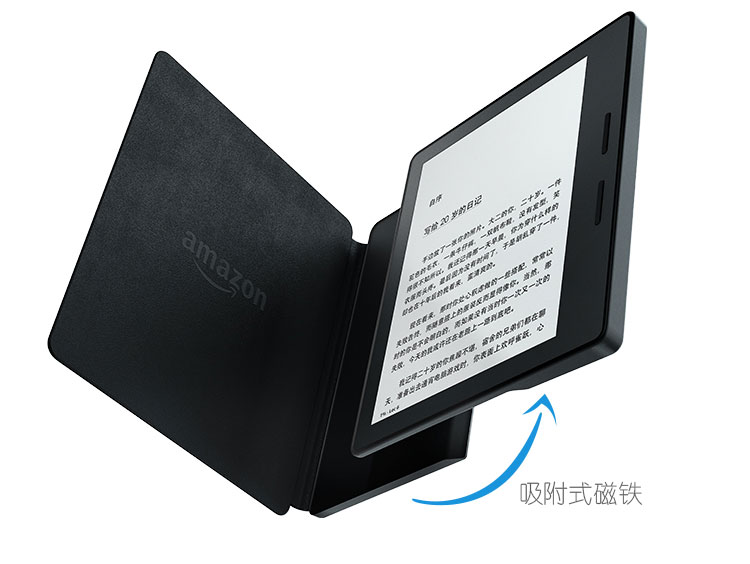 Source: Motherboard
Via: The Verge

Today’s deals include tons of Apple products, such as the latest Mac Pro, the Macbook Pro, iPad Pro and more from both Amazon and B&H