A lot smaller and cheaper than the Apple TV 4K, the “all-new” Amazon Fire TV does basically the same things, including streaming 4K HDR content.

Amazon may or may not be considering a spectacular smartphone comeback and unique first stab at a wearable device, but when it comes to the e-commerce giant’s existing consumer hardware families, there’s nothing left to be refreshed in the near future.

The latest big Fire tablet upgrade came earlier this month, following a small rehash of 7 and 8-inch models a few months ago, while a bunch of new Echo smart speakers and smart home accessories cascaded down the company’s newsroom yesterday.

Before you even get a chance to digest all the performance improvements and discounts of the extended Echo lineup, here’s a little something, something for Amazon Video binge-watchers.

You know how the Apple TV is finally able to stream 4K content… for $179 and up? The Fire TV set-top box started supporting the Ultra HD resolution way back in 2015, adding High Dynamic Range (HDR) capabilities in the mix at a grand total of just $69.99. 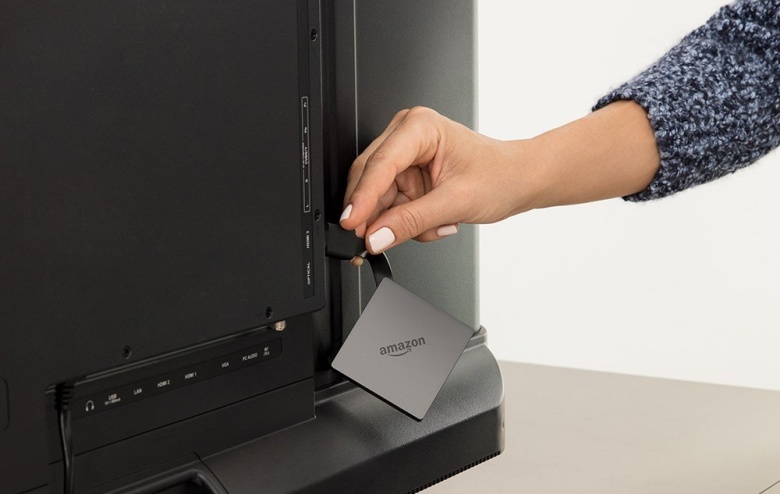 That’s right, this redesigned digital media player, which is a teeny-tiny square with an HDMI cable now, is less than half the price of a fancy new Apple TV 4K, making minimal compromises in the process.

One corner Amazon does cut to keep the MSRP so low is internal storage space, capped at 8GB on the “all-new” Fire TV, compared to 32 and 64 gig Apple TV options. There’s also no Dolby Vision imaging support, but you do get Dolby Atmos audio. And HDR10, and 60 fps, and a bundled Alexa voice remote, and a 1.5 GHz quad-core processor, 2GB RAM, and dual-band 802.11ac Wi-Fi.

Quite an impressive spec sheet for 70 bucks, not to mention a sweet limited-time deal combining the third-gen Fire TV with an Echo Dot for $79.99 overall instead of $120. October 25 is the US release date.

Eve is working on a new 2-in-1, a successor to the Eve V, and it needs your help in figuring out its name, as well as some of its features.