The Amazon Fire Phone isn’t worth it

The Amazon Fire phone isn’t worth it. The new flagship from the retail giant is a buying machine, but it’s also gimmicky, and brings little value.

Amazon was making some very interesting strides into the mobile field. Firefly was surely cool – snap a photo of something to buy it. It was very Amazon. Carousel not only apps, but also books and websites. Also very Amazon. Amazon has defined its image with this look and feel, in its tablets. But then came the pricing. 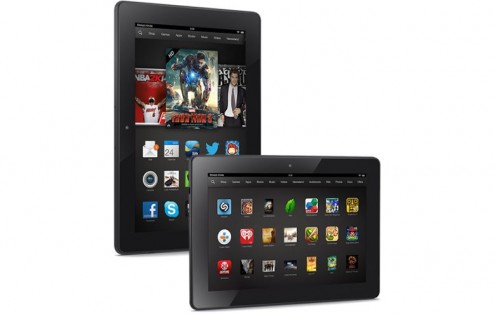 Sometimes a tablet is just a tablet

Amazon has done very well in the “tablet” market with its Kindle Fire line. But, most of the reason why it has done so well is because the Kindle Fire was pretty cheap for a tablet. I’ve had to stop myself on a few different occasions from just plunking down some money and grabbing one for myself, even though I already have several devices that already do much the same thing. It’s because they’re so cheap.

Amazon has built a tablet empire on this concept of selling tablets at, or even below cost and making up the difference on content. Now you have the Fire Phone, which is immensely powerful in what it can do for Amazon. The buying power of this phone is really incredible. Because now you’re not just dealing in content, you’re dealing with product too.

So you have this phone, which is going to sell Amazon Prime memberships (even after the first year.) and allow Amazon to sell more content – books, magazines, movies, and TV Shows – and also toilet paper, and bowls, and tchotchkes, and whatever else you can take a picture of. This is the very definition of a buying machine. If there is any device that would be able to stand on it’s own money-generating legs, it’s this phone.

But Amazon is not aiming at its current user market. It’s aiming at premium phone users and presumably shopaholics. Even when you consider that a free year on Amazon Prime virtually drops this phone’s price to $100 (for a limited time only, I might mention), this phone is not priced to break into a market that is already dominated by actual phone makers. 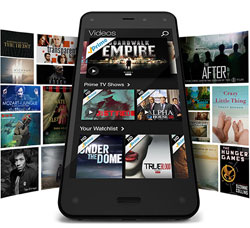 First time for anything

Lest we forget, this is the first phone Amazon has ever made. Sure, it’s not that much of a jump from tablets, but there’s a lot more moving parts (both hardware and software) that going into a phone that simply aren’t there in tablets. I’m somewhat comforted by the fact that Amazon hardware is no stranger to wireless data, but I’m far from convinced enough to toss down my credit card and go, quite literally, for broke.

This is also not to mention some of the physical design choices that were made going into this phone – the glass back for example. That hardly ever ends well, but there it is. It’s that type of questionable design choice –I’ve never been a fan, even on the Nexus 4 – that gives me even more pause to committing $200 and 2 years of my life to a phone that is arguably high-end, but gimmicky as hell.

“But Adam, you haven’t even mentioned the 3D effect!” You’re right, and beyond this paragraph, I don’t plan to. Ever. Because that offers nothing of value to the phone. Firefly/object recognition and OCR are both solid value adds. But 3D didn’t do anything for me when there was a giant shark involved; doesn’t do anything for me now. I have never found a 3D experience outside of Disney World that I would ever want to repeat, let alone use on a daily basis. There’s just no value there.

The only part of the phone that adds value is Firefly. It’s pretty cool that you can snap a photo and buy an ashtray. But that’s software. Heck, I bet XDA has that wrapped up about a week after the Fire Phone launches. If, of course, they haven’t already. Amazon would have been much better suited to just release Firefly as a free app and just watched the dollars roll in. But I guess we can’t all be Facebook Home, huh?

So, in my book, the Amazon Fire Phone is a 4.7 inch fail. That makes me sad. I really, really wanted this phone to be a major game changer. And of course, I can’t render a final opinion until I or one of my colleagues has a unit in hand. But from what I read (remember, no streaming), this phone is a glorified HTC First and probably doomed to suffer the same fate. It sucks, but what are you gonna do? Maybe I can pull out my iPad and drown my sorrows in a book, or a movie from Prime. Because I don’t need a Fire Phone to do that.