Smartphone alternatives to Google and Apple

The internet is a bit upset about the latest news that many U.S. tech companies are being forced to stop doing business with Huawei. Here’s a list of some smartphone operating systems, hardware, and other projects that might be good alternatives to the Google and Apple duopoly in the Smartphone business.
Published 21 May 2019, 16:00 EDT

Given the news about Google blocking Huawei from Android updates and whatnot, if the United States continues to block international companies from using software made in the U.S., that’s going to cause some major problems.  I see a lot of people on the internet looking for alternative smartphones, software, and operating systems that will keep them free from U.S. based regulations such as what’s happening with Google, Qualcomm, Intel, and Huawei right now.  Here’s a quick list of some products and projects that you can keep an eye on or start supporting if you are concerned for your technological freedom.

This is a Linux Gnome 3 Debian “PureOS” based smartphone currently in development.  It’s being designed with as much open-source audit-able software and hardware as possible.  The intent with this device is to give you full control over your privacy. It’s not available yet, but the company behind it (Purism) also has some laptops and services that are very privacy focused. 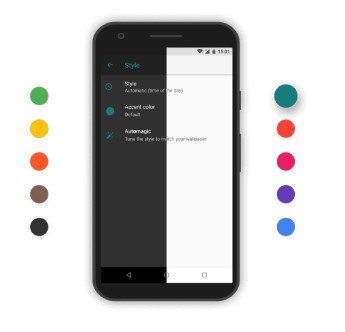 This project is basically an open-source version of Android with all of the Google services removed and replaced with more privacy-friendly alternatives. It’s an OS ROM forked from Lineage OS. You can read a lot more about /E/Solutions at Hackernoon.com.  They are actively seeking hardware partners to sell smartphones with their forked version of Android pre-installed.  If you have one of the supported phones, you can download the beta OS now and try it out.

Lineage OS is another privacy-centric fork of Google’s Android without all of the Google services. You can download Lineage OS builds right now and their list of supported devices is pretty good.

PostmarketOS is based on Alpine Linux and not only works on certain smartphones, but also some Android tablets and even the Amazon Fire TV.  Here’s a list of devices that are supported by postmarketOS.  It’s currently only suitable for developers and hackers since important things like phone calls don’t work yet.

This isn’t an operating system in itself, but a user interface shell based on Linux technology that’s mean to run on top of another Linux installation.  This is what PostmarketOS above uses, so that’s another project to keep your eye on or help contribute to. 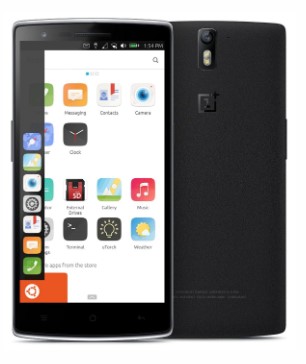 This is another Linux-based mobile operating system and this one is based on the popular Ubuntu distribution.  The list of devices currently working with Ubuntu Touch is not very long though.

Remember Meego from Nokia and Intel?  Jolla’s Sailfish is a derivative of that.  It’s not completely free and open source, but it is another alternative operating system that you can try.  Currently, the Sony Xperia XA2, Xperia X, and Gemina PDA are getting preferred treatment from the latest Sailfish operating system builds. It actually supports running some Android apps, too!

Getting an open-source operating system running on your current phone might be pretty difficult since you’ll probably have to unlock the bootloader and all that.  If your Google Play services start getting shut off in your country, there are a few open-source app stores and repositories you can use to make things easier.

F-Droid is basically an app catalog of Free and Open Source Software (FOSS). These are the kinds of programs you’re going to want to try to use since they’re generally able to withstand legal shut-downs, server blockages, and even developer-company shut-downs.

This one is similar to F-Droid in the free and open source software sense, but also allows for installation of some apps that are not fully FOSS. You can also retrieve apps from the Google Play Store, but this might get your Google account blacklisted, so be careful.

Have you tried any of these alternatives to Google and Apple smartphones yet?  Are you considering it, given the latest news?  Let us know in the comments via the “Discuss This Post” link below.