Alternate smartphone platforms: where are they now?

Sailfish, Ubuntu, and Firefox OS all made high promises and got our hopes up. Where did all the alternative smartphone platforms go?

They say variety is the spice of life. It’s also one of the driving factors behind innovation. As long as there are a set of standards that are reasonably agreed upon, devices on various carrier networks, built by different OEMs, and even running different operating systems can co-exist in a technological ecosystem that promotes innovation without hurting interoperability.

Unfortunately, with only two or three players of any significance in the game, we’re left with a false sense of innovation, and technological progress is stifled. Just look at a few recent examples:

Shall I go on?

Aren’t they all just recycling their competition’s ideas, rebranding them, and calling them something “New and Improved”? Where is the real competition? Where are the alternate smartphone platforms that we were promised?

Ubuntu is one of the most popular alternative operating systems for desktop and laptop computers. It’s fairly mature and enjoys widespread support among a very tight-knit userbase. Why not take that user base and give them a phone that’s built on (not just based-upon) their OS of choice, and give them a Ubuntu-box they can carry around in their pocket?!

The idea sounds great, but most people that would have flocked to an Ubuntu-powered phone already have a phone, and they’re apparently happy with their choices. That’s not going to stop Canonical from trying to get Ubuntu on your handset – it’s already working with carriers around the world to offer handsets powered by its operating system.

Alas, as hardware costs have come down, other OS vendors are eager to get their handsets in customer’s hands, offering them cheap – or even for free. This has eroded some of the momentum that Ubuntu Phone originally had, and we’re not likely to see widespread adoption any time soon. 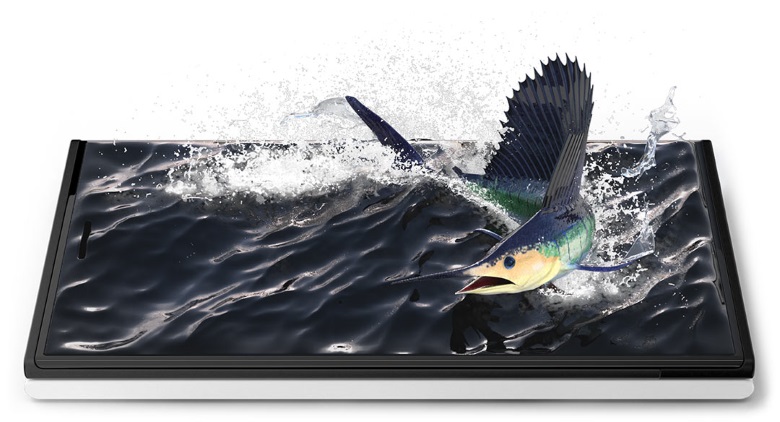 After Nokia threw in the towel on Meego, a Linux-based operating system for smartphones, a group of former employees banded together to form Jolla. The fruits of their labors is Sailfish, another Linux-based operating system which uses an open-source Qt-based user interface. Sailfish is based on Android libraries and can run Android applications. There’s no support for Google Play services so app support is somewhat limited.

“It’s unlike what you’re used to. But once you get the hang of the gesture based Sailfish OS, you’ll never want to go back.”

As of this month, Sailfish OS 2.0 is now available – if you’re in the “early access user group”. This update simplifies the UI, makes it more “beautiful” than ever, and now supports smartphones and tablets. (The first Jolla tablets powered by Sailfish OS 2.0 are almost ready to be shipped.)

Development for Sailfish is still very much underway, but adoption has been pretty thin.

Hop in the Wayback Machine for a moment, back to when the Internet was in its childhood and web browsers were just becoming powerful. Back then there were two primary competitors: Netscape Navigator and Internet Explorer. It was a bloody battle. Eventually Netscape lost, but before it died, the company released its source code – which later lead to the birth of Mozilla and Firefox. Firefox slowly overpowered Internet Explorer in standards support and was favored by developers, IT professionals, and power users around the globe. (Since then Chrome and Safari have entered that race, but this is an article about mobile operating systems, not about the history of the Web.)

Apps for Apple, Android, and Windows are all proprietary to those platforms – one app won’t work on another platform without being re-worked and recompiled. What’s more, what we historically called “websites” quietly became “web apps” – applications that ran on the web, but took advantage of tools on the end user’s device: worker processes, rendering and animation engines, audio and video codecs, notifications, and even offline storage and databases.

Web apps could be used anywhere, regardless of what OS the device displaying them was using. Even better was the fact that these web apps only required only one set of code (rather than one set for each platform), and could be updated in one place. Those updates were then immediately available everywhere – no slow distribution via app stores required.

Mozilla thought the future of apps was on the web, and set about trying to prove that. Since this kind of decentralized app distribution model isn’t profitable for the OS maker, adoption of the “web app” strategy was stifled. Mozilla decided to solve that problem by deploying its own operating system based around web apps.

According to Mozilla, since this approach offloads much of the heavy lifting to web servers (rather than the handset) a US$25 smartphone is in the realm of possibility. This would be excellent for emerging markets – if it weren’t for one major flaw: though the price point is right, this web-centric approach relies on high-speed, high-reliability mobile networks before the concept can be fully realized. Those networks are simply not norm in “emerging markets” today.

Progress is still being made on the OS, but it’s adoption hasn’t lived up to the initial hype.

That’s not to say you and I won’t benefit from other players in the game, it’s just not likely that our next phones will be powered by an operating system other than iOS, Android, or Windows any time soon.

If you were to buy a smartphone that wasn’t powered by iOS, Android, or Windows, what would it be, and why? Head down to the comments and let us know!