And it all happened on one of Pocketnow’s Facebook posts. The pictures are pretty interesting, but the question now is “why did this happen?”

We don’t know how Rishi Gurung has already obtained a OnePlus 5 unit nor why he chose to spread pictures of his unboxing on one of our Facebook posts about some last minute details on the device you need to know. But as far as we can tell, the pictures are there, they’re legit and they even feature a first-party wood case, too.

You can see the dual-camera module at the back, a rather reserved design and the tagline “Dual Camera. Clearer Photos.” that we’ve been seeing in other marketing. Between this leak and activity from Evan Blass and The Verge, this has been a busy day for OnePlus to manage. And it’s only ramping up from here with the official launch event tomorrow at noon Eastern.

By the way, Gurung claims to be a Senior Marketing Executive at OPPO India, based in Kolkata. You know, the company that wants to pit its R11 against this upcoming “Flagship Killer”. And at this point, we have so many questions.

[alert variation=”alert-info”]Update: We’ve gotten clarification from Gurung that the pictures aren’t his, but of his friend’s. They were posted to a Facebook group related to XDA-Developers. 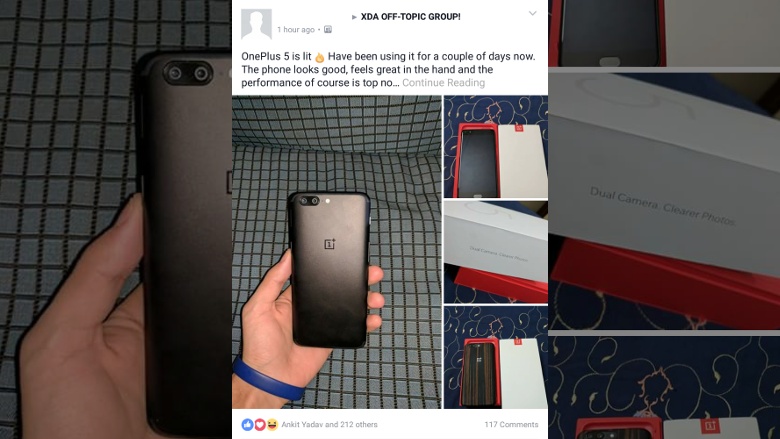 Gurung was passing the pictures along of his own volition, outside of his work.