These pictures are allegedly from the FCC and are depicting the Galaxy Note10+, confirming its overall design, dimensions, camera setup.
Published 11 July 2019, 10:00 EDT

Earlier today we’ve seen leaked (allegedly) official press renders of the upcoming Galaxy Note10 and Galaxy Note10+, and now we get a new set of images. These are allegedly from the FCC and are depicting the Galaxy Note10+, confirming its overall design, dimensions, camera setup, and lack of 3.5mm headphone jack.

Apparently (image above) the phone is 162.5mm tall and 77.6mm wide, which is really close to the measurements we’ve heard about back in June. The curved display is 170.1mm in diagonal, which corresponds to 6.69-inches. The single camera centered punch-hole is clearly visible, above which the earpiece found its home on the top edge.

The images below show the phone laid down on its back and front, giving us a general look at the device. We can see no 3.5mm headphone jack, so that’s probably gone, and we get another look at the quad-camera setup on the back, with three vertical lenses, and the LED flash and sensors (including) to right. You can also see the S-Pen on the bottom right corner, which will likely pop-out like in previous years. 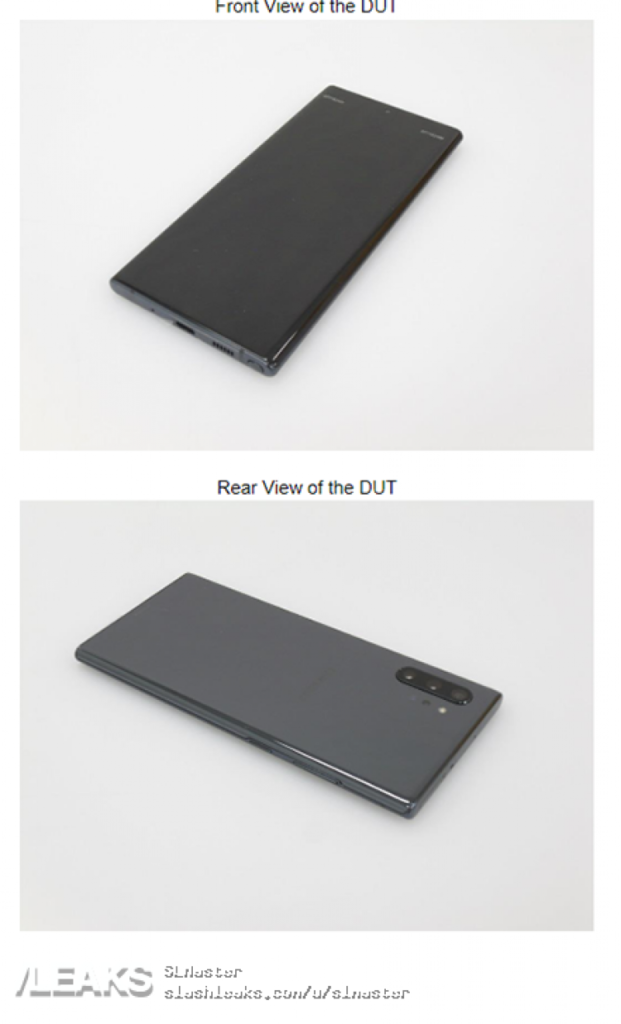 The latest iPhone rumors suggest that the upcoming lineup will feature new color options, and it seems that we may get new UD sensors

The Google Pixel 4 XL had significant battery drainage and other power-related issues when it launched. Now, Google has extended the warranty by a year in select markets.
YouTube 1.8M
Facebook 570K
Twitter 197K
Instagram 133K
RSS