All new One hits the FCC, as HTC brings its teaser ads to the streets

Get a look at the all new HTC One FCC docs, and check out one of HTC’s early efforts at an ad campaign for the handset’s launch.

We’ve got three weeks and one day to go until HTC’s all new One launch event (at least that had better be what it is), and as you’ve no doubt already seen, the still-unannounced smartphone has been all over the place lately. That video hands-on was truly remarkable for amount of detail it offered, and even HTC itself has been publishing some teaser vids of its own. This evening we switch from video previews to some more traditional advertising, while also checking out the new One’s FCC paperwork.

HTC’s UK account shared the image above, which is promoting some sort of launch event tie-in with the department store Selfridges. We see that same “all new HTC One” branding the company seems to be going with, and its appearance here directly mirrors the leak we saw last Friday.

Also looking back to last Friday’s developments, that’s when we started checking out some carrier branding for the new One – and in particular, for AT&T. Tonight we’re back to carrier variants, this time checking out a couple as they get their FCC certification. Based on the band support, it seems we’re looking at the handset for AT&T and Verizon here; there’s nothing really shocking we’ve spotted in any of the docs so far, so we’ll have to keep looking elsewhere for any new details about the phone’s hardware. 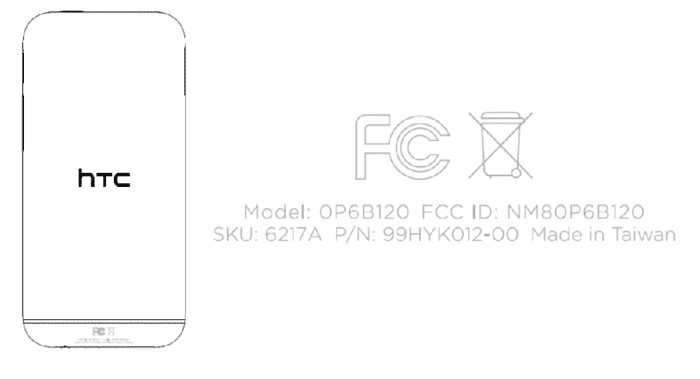