A myriad of speakers, plug-ins and other smart home appliances were shown off as Amazon slams hardware down for the fall season.
Published 20 September 2018, 18:00 EDT

Amazon has released a ton of new Echo products with its Alexa assistant built-in. They range from refreshes to completely new moves into automated home appliances.

For the new-generation Echo Dot and Echo Plus, they get new designs, louder speakers and, for the Plus, there’s integrated an Zigbee hub. The Dot and Plus are $49.99 and $149.99, respectively.

Echo Auto puts Amazon in competition with existing smarter car maintenance solutions like Automatic. The product is currently being offered through invitation only.

The highlight is the second version of the Echo Show with a 10-inch HD display, two-inch neodymium drivers, a 5-megapixel camera and new integrations with Hulu and NBC for video content, Allrecipes, Epicurious, Food52, Kitchen Stories, TheKitchn and SideChef for guided recipes, Skype for voice and video chat plus access to the web via Firefox or the Amazon Silk browser. Plus, more skill makers have been working on visual skills, too. Like the Echo Plus, it has a Zigbee hub inside. It’s priced at $229.99 with a tilt stand costing $29.99.

Other devices will connect to a main Echo device such as the Echo Wall Clock ($29.99), an auxiliary Echo Input to smarten up analog speakers ($34.99), an Echo Sub woofer ($129.99), an Echo Link system that will bridge an Echo speaker with a high-fidelity boxset ($199.99) and a 60W, 2-channel Echo Link Amp ($299.99). There’s also an AmazonBasics Microwave that will allow users to vocalize settings through an Echo speaker ($59.99) and an Amazon Smart Plug to make every outlet a bit smarter by allowing users to toggle them on or off ($24.99). 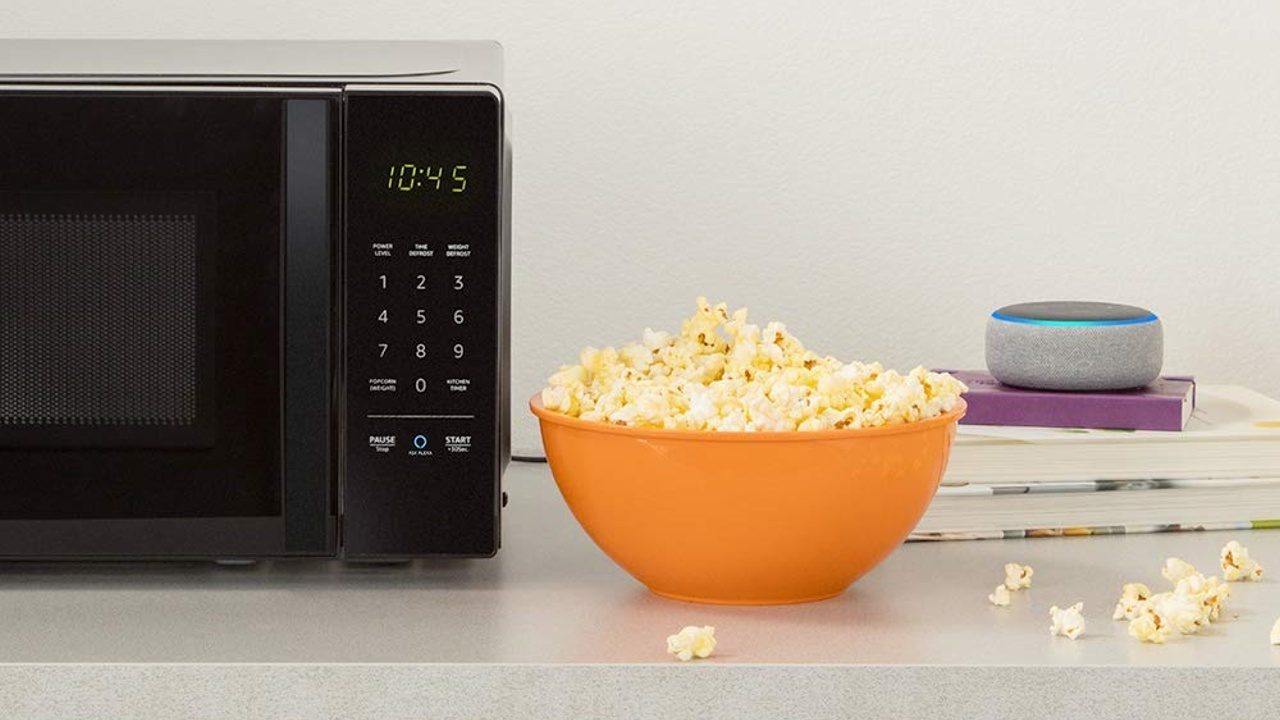 Most hardware is available for purchase today with shipments moving in the coming weeks and, in the Echo Show’s case, next month.

Alexa is also getting more intuitive with the addition of features such as:

Alexa is now able to link up to email services from Gmail, Outlook and Hotmail. It is also able to work with Skype for voice and video calls. TIDAL can now be added as a music streaming source. The Echo Show can access the web through Amazon’s Silk browser or with Firefox.

Finally, the Fire TV Recast will pair up with a user’s cable box or over-the-air antenna to let them record programs and then stream them out to their phones, tablets and computers. It is not a service in and of itself, though Alexa is able to change channels and program recordings for the user. Pre-orders are up today for shipping from November 14. A two-tuner model with 500GB of strage (about 75 hours of programs) is available for $229.99. At $279.99, customers get four tuners and a 1TB disk.

Running a small code in the URL field of Safari redirects users to the hidden “Items” tab in the Find My app that will work with AirTags.

As per fresh leaks, Samsung will offer a pair of wireless earbuds and Galaxy SmartTag tracker as a reward for Galaxy S21 series pre-orders.