43 million adults in the US are now estimated to own at least one smart speaker. And people are using their smart speakers to buy more stuff.

New estimates from NPR and Edison Research indicate that more than a million people a month in the last season bought a smart speaker.

The two institutions have published the spring edition of The Smart Audio Report indicating about 18 percent of American adults or 43 million people now own a smart speaker. This version of the report dives not so much into which brand of speaker people prefer as much as it does into the differences between first adopters that have owned their speakers for more than a year and what has been deemed the subsequent mainstream group of buyers.

In a survey of 909 adults, it was found that ownership was spread fairly evenly across several age groups with the greatest shares in the 45-54, 55+ and 35-44 groups which have a combined two-thirds share. 54 percent of owners are women. In both first adopter and early mainstream groups, owners tended to be older and female. 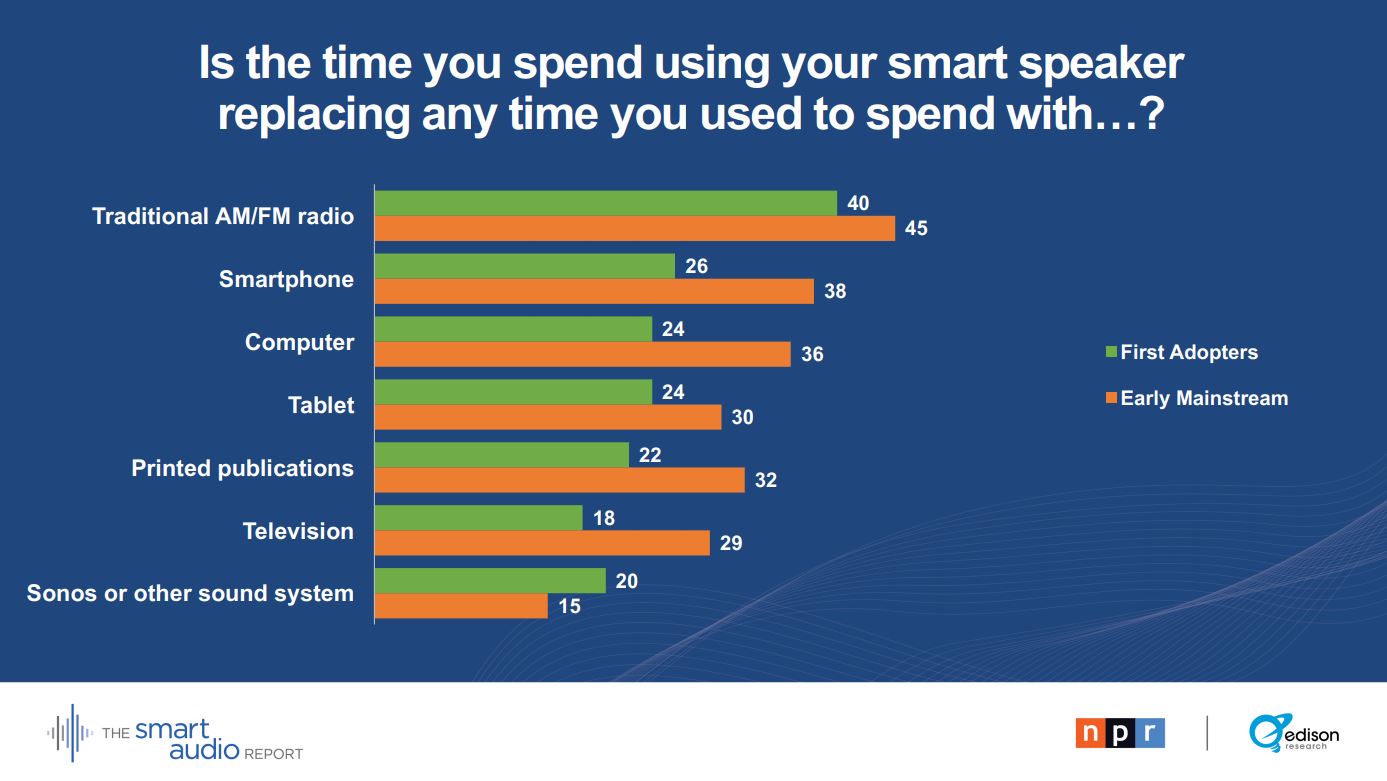 There was also shared enthusiasm between the groups in terms of using their speakers more often than in the first month of ownership (46 percent of first adopter respondents and 54 percent of early mainstream respondents). When first adopters were asked about which medium they used most often to listen to audio, smart speakers were the top answer — it was the number two answer for mainstream users.

When it comes to how people use their Amazon Alexa device or Google Home, about a quarter of users listened to podcasts through their speaker, more than a third controlled IoT devices and about 45 percent listen to radio. The most popular uses for devices are for playing music (~90 percent), checking the weather (~83 percent) and search queries (~84 percent).

22 percent of first adopters and 38 percent of early mainstream users bought a smart speaker in the hopes of reducing their screen time. However, first adopters have found that their speaker most often supplanted their traditional radio. Smartphones were number two, but by a long margin. 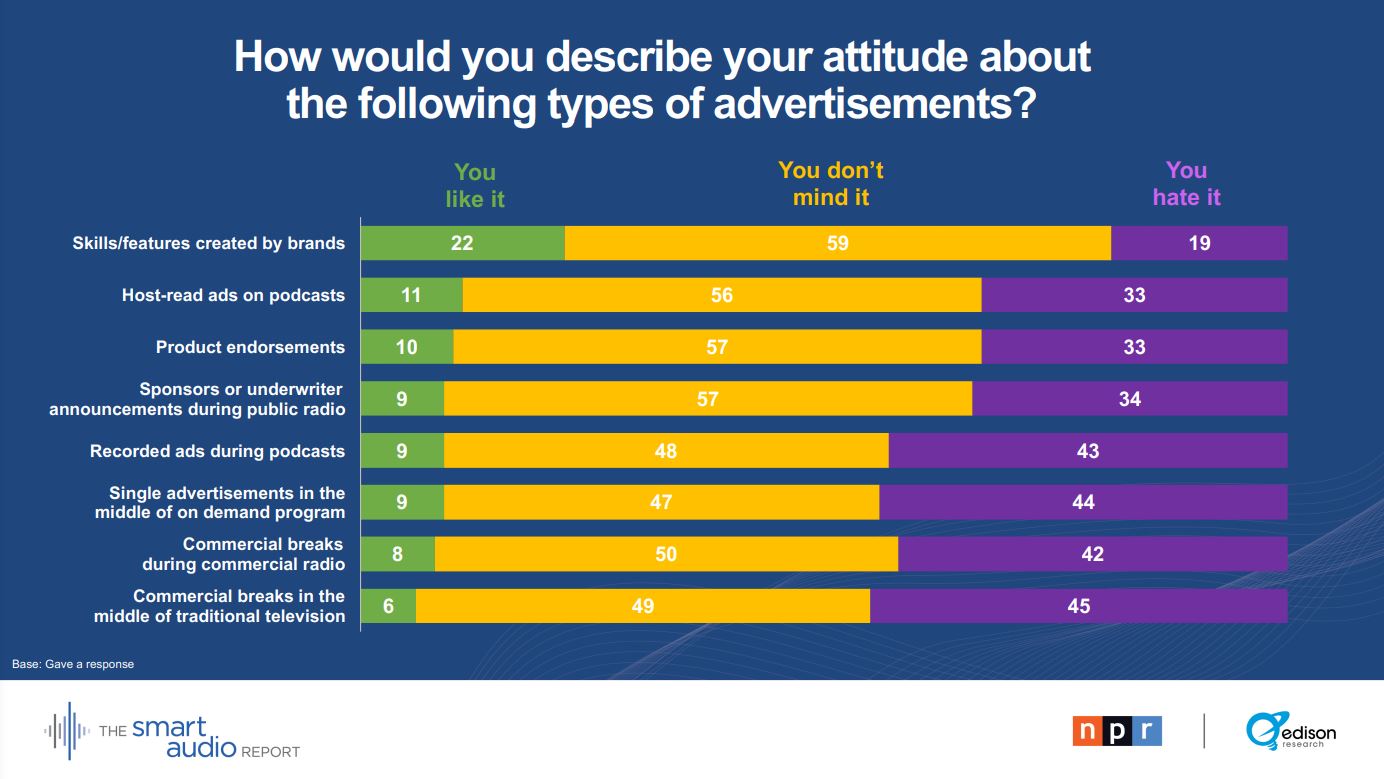 There’s some intriguing data about how more people prefer branded or sponsored skills and features than any other form of advertising. You can learn more at the source link below this story.