A battery with a phone on it is how we would describe devices of this ilk. Alcatel has gone ahead and made such a device happen with this packing Pixi.

Let’s be frank: there are quite a few options for phones with a 5 amp-hour battery. It’s a sweet spot as a number and it’s also where you could pull through a good chunk of a second or maybe even a third day. The price and specification compromise also seems fitting at this precipice.

So, what does the Alcatel Pixi 4 Plus Power bring to 3G markets? Maybe a cool-looking dot-matrix design on the back and nice color combinations.

Real talk, though — this isn’t much different from what we’ve seen before. We’re dealing with a 5.5-inch 720p screen, an unnamed processor, 1GB of RAM with 8GB of storage and microSD support up to 32GB. There’s a 13-megapixel rear camera and a 5-megapixel front-facing sensor with flash on both sides. Connectivity-wise, the best you’ll get is HSPA+, though there are two SIM slots. Wi-Fi b/g/n and Bluetooth 4.0 are also here.

The massiveness of the 5,000mAh battery takes the Pixi up near 10mm thick and to a weighty 202 grams. Such a battery and its associated hardware allow for it to be used for up to 2.7 days, charge other devices and quickly charge as well. 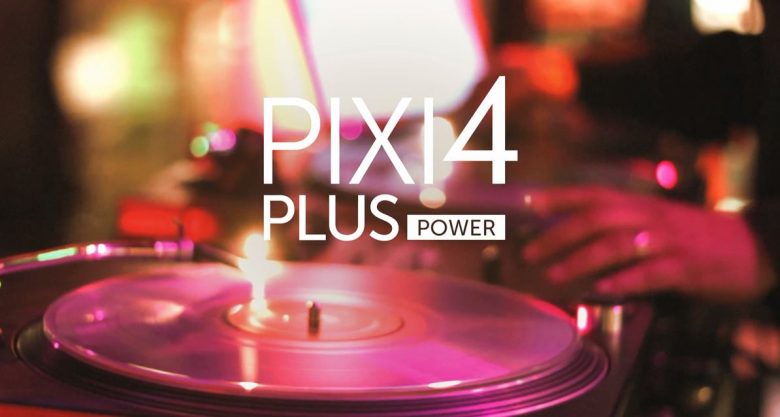 No word on pricing and availability just yet, but as a word of marketing psychology, that logo probably would do better with the word “Pixi” being smaller and the words “Plus” and “Power” being larger. That’s just us, though.