A new leak has revealed the Alcatel OneTouch Pop 4 family of phones, expected to launch later this month at MWC 2016.
Published 03 February 2016, 18:43 EST

MWC is just weeks away, and it seems like every day we’re talking about another smartphone we’re hoping to see launch at the expo. Yesterday we checked out some unannounced hardware from Alcatel OneTouch, as the company accidentally posted some early info about both the Idol 4 and Idol 4S, ahead of an expected MWC launch. It turns out that was just the opening act, and today we’re turning our attention to a new leak that attempts to reveal even more AOT hardware due for an MWC debut, with the revelation of the Pop 4, Pop 4S, and Pop 4 Plus.

Alcatel OneTouch steps things up ever so slightly for the Pop 4 Plus (above, right), which gets a 5.5-inch 720p display, another Snapdragon 210, and 1.5GB of RAM with 16GB storage. Camera options appear to be the same as on the Pop 4. 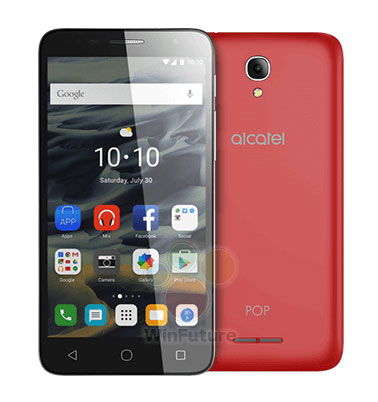