An accidental publication has revealed Alcatel OneTouch Idol 4 specs in advance of the phone’s launch.

It seems so easy: when a smartphone manufacturer wants to keep an upcoming device secret, it shouldn’t publish any information about the phone. Well, that may be good advice in theory, but in practice it’s clear that even some of the biggest companies around have trouble following that rule, as we saw earlier today with Samsung and the Galaxy S7 edge. Now it’s Alcatel OneTouch that’s experiencing a little unannounced-device-slip-up of its own, as the company appears to inadvertently push live a couple product pages detailing the upcoming Idol 4 and Idol 4S.

Both pages have since been taken down, but not before we could take a peek at what they had to share. There we see specs like a 5.2-inch 1080p screen for the Idol 4 and a 5.5-inch quad HD OLED panel for the Idol 4S. Both devices will ship running Android 6.0 Marshmallow, with the Idol 4 getting hardware like 2GB or 3GB of RAM (depending on configuration), a 2160mAh battery, and a 13MP/8MP camera pair, and the Idol 4S sticking to 3GB of RAM and bringing a 16MP/8MP camera setup.

Some of what we see here doesn’t quite mesh with earlier leaks, like the presence of a Snapdragon 617 SoC in the Idol 4 – some earlier benchmark data had us expecting a Snapdragon 652, but that could easily be chalked up to yet another hardware variant. After all, Alcatel OneTouch likes little more than giving users a metric crapload of configuration options for its Idol phones.

Even with this publication, we’re not much closer to knowing what AOT is thinking in terms of launch plans for the Idol 4 and Idol 4S, but we wouldn’t be surprised to get our announcement in the near future – maybe at MWC later this month? 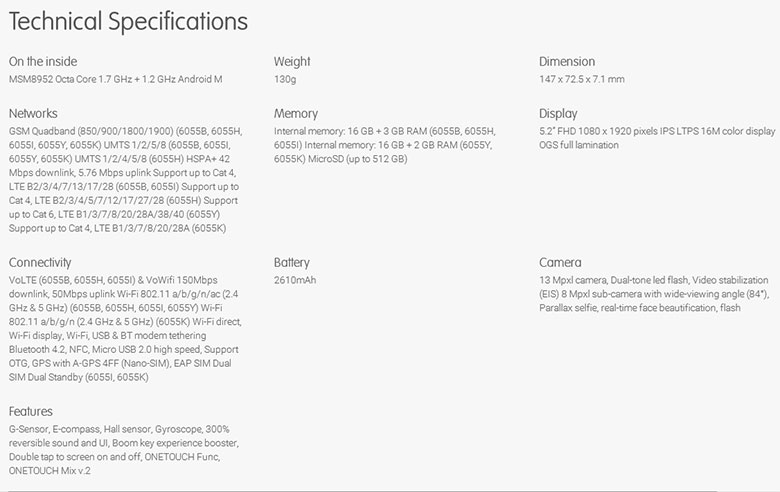 If a fairly recent report from Korea is to be believed, LG might be giving up completely on its G-line-up of smartphones.

Lenovo’s latest Android tablet has an FHD display and a sleek build. And the best part is that it won’t burn a hole in your pocket.
YouTube 1.8M
Facebook 571K
Twitter 196K
Instagram 134K
RSS