The Alcatel OneTouch Fierce 2 is a low-end android offering that is surprisingly capable. Read our impressions about this diamond in the rough.
Published 17 October 2014, 10:00 EDT

One of the best things that has come out of this industry lately is the quality of products you can find in the mobile space. Year after year, flagship phones are becoming larger, more powerful, and generally, better. One of the byproducts of that revolution is what is happening on the low end of the spectrum. As the upper limits keeping getting pushed higher and higher, so do the lower limits get higher and higher. We are at a point right now where “low” isn’t all that low any more.

Look no further than devices like the Lumia 520, the Moto E, and the subject of our editorial today, the Alcatel OneTouch Fierce 2. Granted, the name doesn’t roll off the tongue as easily as “Moto E”, but it really doesn’t have to. I’ve been using the Fierce 2 for a few weeks now – long enough to get a good impression – and what I have found has been pleasantly surprising. 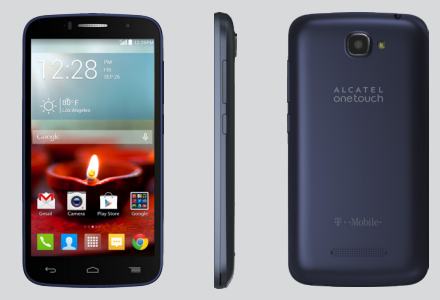 Truth be told, I was a little on the disappointed side when I first saw the spec sheet – 1.2 Ghz processor, 5 MP camera, 4 GB internal storage (2 GB user accessible). Really it’s nothing to write home about. So I went about making it mine as one has to do on Android.

By the time I was done I was getting an overall not too shabby experience. But it needs to be mentioned that possibly the most remarkable part about this experience is the price. The Alcatel OneTouch Fierce 2 retails for around $125. What’s more this device is available from MetroPCS for $50.  That’s the Lumia 520’s price and yes that is without a contract.

The price is right

Even at the $125 price point, you’re still looking at a solid Moto E competitor. You can view the side-by-side comparison here (courtesy of phone arena) but the Fierce 2 has a larger screen (albeit with the same resolution, so lower pixel density), larger battery, autofocus (instead of fixed focus) camera, and a quad core processor. This phone really is no slouch, especially compared to the Moto E, which is probably the most recognized name in the budget phone Android space.

The performance on the Fierce 2 is what one would expect from a budget phone. There’s some lag, installing apps can take some time, loading them can take…some-er time. But once loaded, games seem to run pretty smoothly. At least the simple games that I tested with – Temple Run 2, Candy Crush, kiddie kinds of games. Overall, the performance was on the slow side, to be honest, but not “deal-breaker slow” in my opinion. 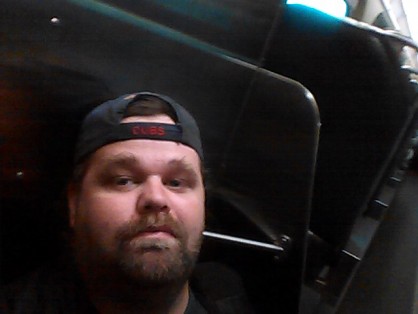 The camera, as mentioned is a 5 megapixel autofocus shooter and also includes a VGA front facing camera. For reference, the Lumia 520 and Moto E both lack any front facing camera, so is any camera, better than no camera? Well, I’ll let you judge for yourself, just pay no attention to the subject.

Around back comes a 5 megapixel autofocus camera. Again we ask the question, is 5 megapixels enough for a phone these days? To compare we went head to head in a shootout with my Nexus 5 camera. Sure, the Fierce 2 is 1/3 the price, but the Nexus has never been known for outstanding camera quality, so I figured it was a relatively fair contest, especially since the Moto E’s camera was fixed focus.

Overall the camera was pretty darn acceptable. Considering it was going up against a camera in a phone that was 3 times the cost, I was very happy with the photos it took. In most cases, the colors were cooler, but the focus was much more crisp on the Fierce 2 than the Nexus 5. In all honesty, I rather preferring the Fierce 2’s photos versus the Nexus 5’s. Which is remarkable considering the cost.

That’s really what this all comes down to – consider the cost. This is a cheap, cheap phone. I know many of you consider the camera to be one of the top priorities on a smartphone. A five megapixel shooter that takes cool but sharp photos is pretty good in my book, and just about anyone else’s book as well.

The Battery of the phone was adequate. It routinely lasted throughout the day with light to medium usage. Under heavy usage, it was close to six hours before needing a charge. A typical day included email, texting, and some wi-fi tethering on the train ride to and from work, so it wasn’t exactly an easy time either. The 2,000 mAh battery is a little on the light side by today’s standards, but sunrise to sunset, you’ll be fine as long as you’re not streaming Netflix or using it as your sole internet connection.

This is not the fastest phone in the word. Alcatel has done some nice things with its skin which is rather minimal. As mentioned, the phone is a bit laggy – I had to turn up the haptic feedback on Swiftkey or it never activated (by the time it registered the button press, the 20ms of haptic feedback had already ended). Who knows, Android L (if it makes it to this little guy) But all-in-all, I would say I would be comfortable carrying this as a daily driver – until I saved up enough to get something better, that is.

But the overall message here is what is important. It might take some patience, and persistence to make it yours, but overall it’s not a bad experience. Would I stack it up against the Nexus 5 for any other metric? No. That wouldn’t be fair. But it’s fair to say that this phone is probably the best phone in its weight class and worth a look if you happen to be shopping in that budget range.