Unlike the competition, Alcatel schedules event during MWC 2017

Alcatel makes it official with press invitations to an event in Barcelona on the first official day of MWC 2017 — not the day before.

Alcatel is about to “Light Up” MWC 2017. For real. Not the day before, as everyone else will be doing events on Sunday, February 26. Saturday’s taken up by parent company TCL’s operation for BlackBerry.

So, for the first official day of Mobile Word Congress in Barcelona, Spain, Alcatel will take on a mid-morning press event. It is expected to launched five smartphones, including one modular device. 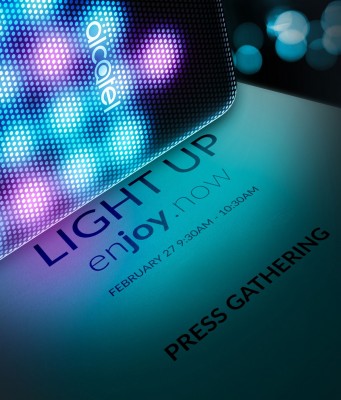 Another device, supposedly leaked this week, seems to have been alluded to in the invitation. The honeycomb-patterned backing is said to hold a grid of colorful LEDs.