Even though the extra-stylish BlackBerry KEYone Black Edition is not an entirely new device, China’s TCL chose to make more noise about it at IFA Berlin last week than the manufacturer’s latest Alcatel-branded products.

The mid-range Idol 5 and A7 series were actually premiered at the European trade fair, failing however to steal the spotlight. That’s probably because the four new budget-focused phones are hardly special in any meaningful way, but also due to a couple of pre-show leaks.

Let’s not forget the Alcatel Idol 5S debuted stateside a little while back, and the old continent version is largely similar. The design differs marginally, and a MediaTek Helio P20 processor replaces the US SKU’s Qualcomm Snapdragon 625 silicon.

The “regular” Alcatel Idol 5 is billed as sporting a “similar look and feel to the Idol 5S”, though it doesn’t seem to be made entirely out of premium aluminum. A modest MediaTek MT6753 SoC is in charge of overall performance, aided by 3GB RAM, with only 16GB local digital hoarding room in tow, a 13MP main cam and 5MP front snapper. 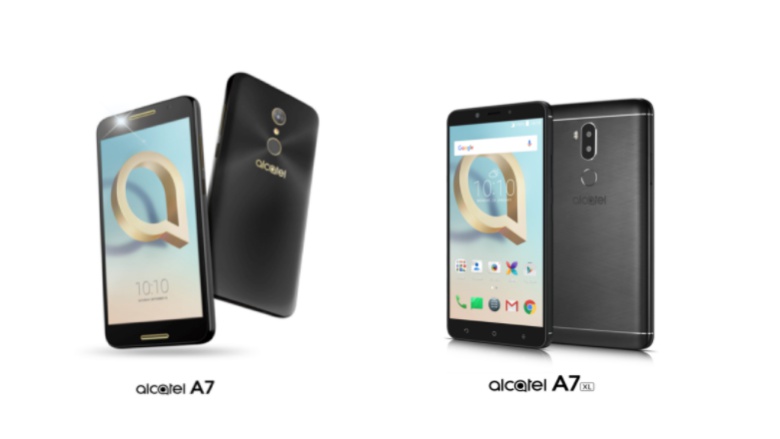 Moving on to the A7 XL, the “sophisticated pure metal design” 6-incher is mainly focused on photography, with dual 12 + 2MP rear cameras and a 5MP soft flash-enhanced selfie shooter. The extra-large display provides Full HD resolution, and a 4000mAh battery sounds plenty powerful to handle the octa-core MediaTek 6750S processor and 3GB RAM.

Finally, the Alcatel A7 is the sole member of this quartet slated for a Q3 release (by the end of this month, that is), cutting a few build quality and speed corners, but offering an “incredible” 16MP rear and 8MP front camera nonetheless. Sadly, mum’s the word on pricing across the board.