For a few months in the spring, we thought this high-end phone would pack a Windows 10 Mobile punch for sure. Now, we’re not so sure.
Published 21 September 2016, 21:22 EDT

The unreleased and still rumored-about Idol 4 Pro may have just gotten a GFXBench run showing it off with a different software load than previously talked about. It’s certainly bad news for anyone who appreciates choice in their high-spec hardware and flipping Live Tiles.

The Snapdragon 820-eqipped phone runs an Alcatel-made user interface on top of Android 7.0 Nougat. That’s a starkly different software load than the Windows 10 Mobile once mentioned in relation to this phone. Other specs on-board include 4GB of RAM, a 21-megapixel main camera with 8-megapixel selfie shooter and a 5.5-inch full HD screen. Talk has been that T-Mobile would get the Idol 4 Pro. No idea of any dates, though. 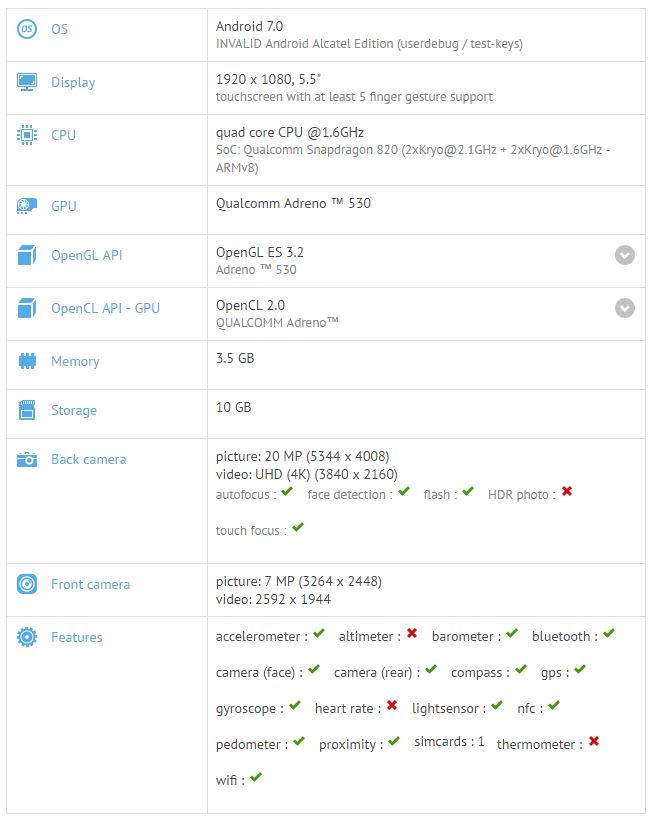 If it was true that Windows 10 Mobile was going to be on this device, with the recent developments between the end of the Lumia line and brisk sales for HP’s Elite x3, Alcatel may have wanted to avoid being stuck between a rock and a hard place — a platform’s dwindling presence and, paradoxically, a vacuum that knows how to take all the air out of the conversation. But plenty of factors could have come together well before any publicized event could have turned this phone from blue to green.

So, is native Android Nougat worth the wait for another Snapdragon 820 phone in late 2016? We’ll see how things actuate.