Airplane mode has many uses that you might not have considered. Here is some history as well as some unconventional uses that should come in handy!
Published 28 April 2014, 07:18 EDT

There was a time not too long ago when we were directed to turn our smartphones, tablets, and other personal electronic devices off as soon as we got on a plane and the cabin door was closed. The theory was that turning a page on your Nook, playing Space Invaders on a portable gaming system, or listening to your Walkman would somehow interfere with the guidance system and cause everyone onboard to plummet to their death. Though that may not have been the official reason, plenty of airline employees repeated the concern until it was eventually accepted as gospel.

Luckily, manufactures began addressing the concern and started including “airplane mode” in our devices. Whether or not they got buy-in from the airlines regarding this is still subject to debate. Regardless, it became a sort of defacto standard, and today most airlines let you use your personal electronic device during the flight, as long as it’s in “airplane mode”.

What exactly is airplane mode? 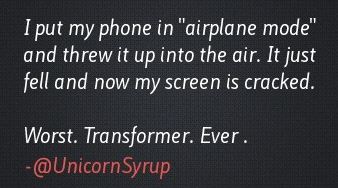 Airplane mode basically turns off all the radios inside your phone or tablet. This includes your Bluetooth Radio, WiFi radios, cellular data radios, and cellular voice radios. Some devices turn of even more than these, but others turn off less. Some let you turn certain radios back on (like WiFi or Bluetooth), and still remain in “airplane mode”.

Now that we’ve got a brief rundown of airplane mode behind us, and one particular scenario where it’s very useful, let’s get to some other uses. Here’s why airplane mode isn’t just for when you’re flying.

Whenever your smartphone or cellular-enabled tablet starts getting to the edge of whatever cell tower it’s connected to, it starts looking for another tower. The further your signal has to travel, the more power it consumes. When it starts looking around for a better signal it starts gobbling up power at alarming rates. If you’re going about a normal day, this is the behavior you should expect, and your charging protocol should address it. If you’re traveling through a new area, you may find yourself with a completely discharged device much quicker than you’d otherwise have expected.

Take Utah, for example. As long as you’re on an Interstate Corridor, you can count on having reasonable coverage regardless of your carrier or your device. Start going off the Interstates and things start to change.

Larger cities and their outskirts are generally well covered, but when venturing into the suburbs, signals can wane. Antelope Island, just to the West of where the Pocketnow Utah offices are located, has virtually no reliable cellular coverage of any kind. If you were to vacation here and were to visit Antelope Island, you may notice that your phone had died while on the island. Why? It was constantly looking for a signal, sending out “hello” pings to any tower that it could hear — until the battery died. 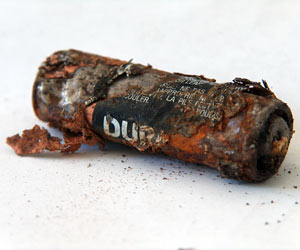 Most would simply turn off their phone, but doing so means that everything your smartphone does is off. GPS logging, footstep tracking, eBook reading, local music playback, and more would all be inaccessible until you turned your phone back on again.

The list of uses certainly doesn’t end there. That’s where you come in! Head down to the comments and let us know about how and when you use airplane mode!

OnePlus Watch offers an RTOS-based software experience, instead of Wear OS. And now we know why that is the case.

First of all, we have to confirm that this is not a joke, so head over to a Verizon store and see how much you can get for your damaged phone
YouTube 1.8M
Facebook 570K
Twitter 197K
Instagram 133K
RSS

If you trust LG on its promise of software updates for at least another 2-3 years, the…