AirDroid 3: A virtual desktop for your Android, and so much more

Bouncing between your phone and your computer can be a real productivity killer. Now, thanks to AirDroid 3, you can keep your hands on your keyboard, but maintain the convenience of Android.
Published 03 December 2014, 18:03 EST

I love everything that I can do with my Android-powered smartphone. Not only does it keep me connected wherever I go, it helps me be productive even when I’m away from my computer. However, I spend most of my days in front of a computer screen writing code and making sure servers hum along nicely. That’s when my smartphone sits on my desk, charging up for when I need to go “into the wild”. During my day I’m usually neck deep in a compiler, spreadsheet, or database, but all my alerts still go to my phone. Phones are great that way, they aggregate all our messages regardless of their source into one place, but frequently reaching into your pocket to see what that notification was is distracting and can really kill productivity! That’s where AirDroid comes in to play.

Think of AirDroid as a virtual desktop and “alert assistant” for your Android – those and so much more! We’ve covered AirDroid in the past, listing it among the Top 5 Productivity Apps for Android, and featuring it as one of the best ways to transfer files to and from your Android. But those were with the previous versions of AirDroid. Now, version 3 is here, and rather than tell you all the features that AirDroid 3 offers, let’s look at a typical day in the life of Joe the Android Guy™.

As soon as I get up and around in the morning I’m on my phone: checking my schedule, checking the news, and planning my day. From there it’s into my car (which my kids affectionately named Major Tom because they say it looks like a spaceship) where I use Waze to navigate around any traffic or accidents on the way to my day job. Once there I sit down behind a computer and set my phone on its Qi wireless charging stand. So far, nothing out of the ordinary, right?

That’s where AirDroid comes in to play. With the app installed on my Android-powered smartphone, and a companion app on my desktop computer, I can leave my phone on the charger and my fingers on the keyboard but still have access to all my alerts, and even all my apps right there on my computer. I use a Windows box, but you’ll be fine if you use a Mac, and the company even has a web-based client just in case you’re on a shared computer, or a computer running a different operating system – though the feature-set of the web-version isn’t quite as rich as you’d get with the full desktop-client.

Other solutions may make you install proprietary drivers, but that’s not the case with AirDroid. Furthermore, you don’t have any drivers to install, no USB cable is required, and it will work whether your phone and computer are on the same network, or even over the Internet if you can’t connect your phone to your corporate network.

Now, when you get an alert on your Android, it’s pushed to your desktop computer, complete with actionable links (answering a call or replying with a canned text message, etc.). If someone sends you a text, you can reply right from the notification on your desktop, or even launch a window with your Android’s screen in it (though this option may not work in every situation). 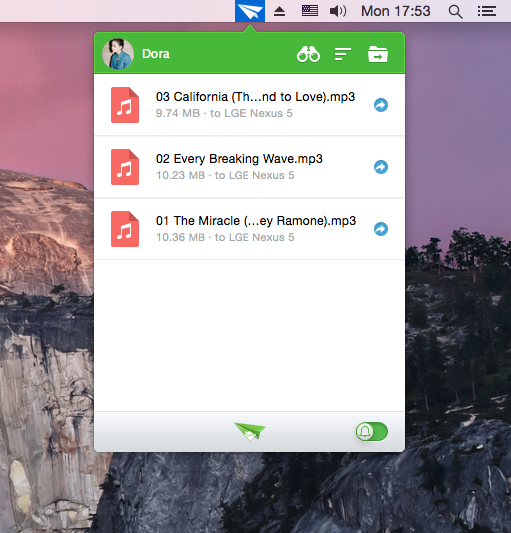 Before AirDroid I was using the Hangouts plugin for Chrome to reply to texts and chats from my desktop, which is still very convenient, but it only worked in that context. Replying to Facebook, Twitter, and Google+ was still something that required having those sites open in separate tabs in my Chrome browser on my desktop computer. Now, thanks to AirDroid, I can reply to all of those through my phone but from my desktop computer with the same ease and simplicity of any other notification – and all without taking my hands off my keyboard and mouse.

Working for Pocketnow, another task that I find myself doing fairly frequently is transferring files from my desktop computer to my Android. This can be done by hooking up a USB cable and dragging and dropping, but if you’re using a rapid-charger (or a wireless charger like I am), that means unplugging from one cable to plug into another, then waiting for the device to be recognized. Now, with AirDroid, copying files is as simple as dragging and dropping – I can even copy entire folders with ease, and it’s all protected by end-to-end encryption. 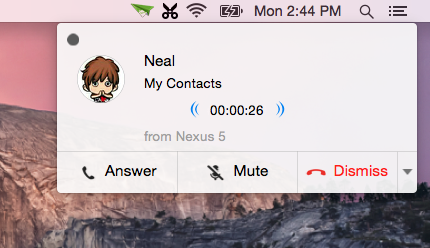 Even incoming calls are presented to you on your computer screen, with the option to answer or respond with a text message. If you decide to answer the call, that’s still handled through your phone (the audio isn’t routed through your computer, but I think that’s a good thing!). This does mean that you have to pick up your handset or press the speakerphone button, but if you’re wearing your Bluetooth headset you don’t have to touch your phone at all, allowing you to keep your hands on your keyboard and to continue working while fielding the call.

This is version 3 of AirDroid, and a lot has changed since the previous version – and all for the better. If you spend any amount of time behind a computer, AirDroid is one of those productivity tools that will make your day more efficient so you can get done quicker!

The AirDroid 3 Android app is available in the Play Store and the desktop application can be downloaded from AirDroid.com.

Sony Xperia 1 III will likely make its debut next week and is said to come with some key upgrades such as a periscope camera and 65W charging.
YouTube 1.8M
Facebook 570K
Twitter 197K
Instagram 133K
RSS