Affordable Windows 8 tablets could be just what Microsoft needs

Dell’s two very affordable Windows 8 tablets could be just what Microsoft needs to break into the tablet space and give Apple a run for its money.
Published 09 October 2013, 07:00 EDT

Microsoft has an opportunity here. It may not realize it, being minus one CEO and all, but there is opportunity for advancement here. Android is a fantastically popular operating system. It’s incredible. The meteoric rise of Android from Verizon’s DROID to what it is today has been a beautiful thing to behold. But there is one place were Android has not been able to make a dent. Sure it has made nicks here and there, but no dents. And that is in the tablet space.

You remember tablets, right? They’re those things that run iOS and make people vomit. It’s almost silly how absolutely and completely Apple has dominated the tablet space. If it weren’t for Amazon, there would be one seat at the Thanksgiving tablet table and Apple would be carving the turkey. Everyone else would be relegated to kiddie table, thankful only for having been invited.

It’s gotten to the point where, as an old colleague of mine often said, there isn’t really even a tablet market out there.  There’s an iPad market.

Sure we’ve seen some tablets try and break into the space. There are the Samsung’s, the Google’s, the Sony’s but none of them – not a one of them – has amounted to being more than “a non-Apple tablet”. An alternative. They have all been a plan B because plan A was too expensive, or just too Apple.

So wrong but so right

But Microsoft did something horribly wrong for exactly the right reasons. It took its absolutely dominant PC market and tried (and is still trying) to create a tablet market out of it by making its operating system exactly the same on PC’s and tablets. Granted Windows RT isn’t exactly burning up the charts, but Microsoft’s heart is in the right place. Now it just needs to stick with the real version of the OS and make the tablet affordable.

So, taking Windows 8 and putting it onto a tablet could be just the solution needed to create a tablet market. After all, many people want their tablets to be able to replace their computers. I know I sure as heck do. A few months back I wrote that I didn’t really want a new tablet until it could replace my laptop, and believe me, I am taking a long, hard look at some of the offerings coming out in the near future.

Dell is putting up quite the showing with their two Windows tablets coming soon to a theater near you. The Dell Venue 11 Pro seems especially compelling at a (starting at) $500 price tag. But the Dell Venue 8 Pro starting at $300 seems like an absolute coup in the tablet space. Sure Android tablets are cheaper, but to have a fully functional computer in tablet form at a sub-$500 price point is (and should be) epic.

Microsoft sees two major benefits to this – to Windows 8 itself and tablets. Windows 8 isn’t exactly impressing folks with its charm. As I mentioned earlier, the tablet space isn’t doing particularly well either, unless it has a fruity sticker on it. So with one fell swoop (or two fell swoops, I guess, but that’s not as catchy) Dell may have gone a long way toward launching Microsoft and Windows into the tablet space.

Of course, then they undercut their own tablets with two Android offerings for half the price. Insert exasperated sigh here. 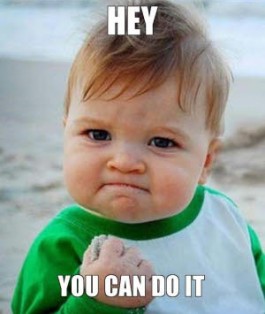 There for the taking

But the point is these two tablets offering the full version of Windows 8.1 (featuring the Start button’s triumphant return!) at really low prices could be Microsoft’s chance to really make a dent in the tablet space. Dell is a good partner in this endeavor as well, as Dell has shown a consistent desire to move into the mobile space. Dell is now making a pretty convincing argument to log into Dell.com for the upcoming holidays.  It will be interesting to see the full price spectrum when the tablets are released, but $300 and $500 are both very compelling considering Dell laptops are right around the same neighborhood.

I’m going to go ahead and say that Microsoft owes Dell a nice steak dinner for this. If these tablets perform well, Microsoft could find itself in a position to take back some of the tablet space which is utterly dominated by Apple. And moving into the tablet space could also translate to moving into the phone space as well, finally bringing my unicorn – the unified ecosystem from phones to tablets to PC’s.

Or maybe people will just buy the Android tablets. If so, they deserve what they get.