Advanced biometrics and the ears who use them

Advanced biometrics, including iris scanning and ear scanning may be coming. We already have thumbprints. Where will it end?

I suppose it was inevitable. I mean, I knew I wouldn’t be able to hold out for too long. I thought I’d last longer, but I hear that’s common in tech reviewers my age. But here I am, finally. I may as well just accept it. I’m using two consecutive phones with biometric unlock capability. What did you think I was talking about? Anyway.

I picked up an iPhone 6 plus for another work-related experiment. The iPhone 6 Plus, of course, features Touch ID, arguably the gold standard of fingerprint unlock in the smartphone space. Before that (and after), I was using the Samsung Galaxy S6 Edge, also with a fingerprint sensor. The two phones get a lot of things right in the area of biometrics. But now, things are starting to get a little silly. 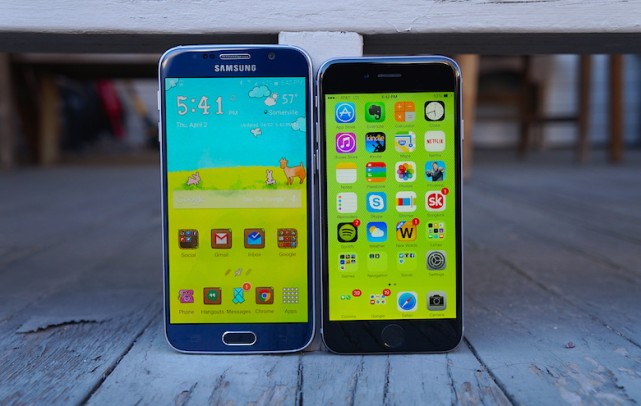 Biometrics are a fascinating field. Everybody is unique and there are a few parts of the body that prove that definitively. Your fingerprint is one, and by far the easiest to implement. Other things that are unique about you are your DNA, voice, face, iris, and even the pattern of your ear. Now, I don’t think we’re going to be getting DNA sequencers on our phones any time soon – but I can’t completely, rule it out either. Face detection was proposed a long time ago, and died out. Voice patterning can be on the unreliable side. But the last two, iris pattern and ear shape are theoretically detectable now. But are they really necessary?

Eyes and ears (and mouth and nose?)

Iris scanners simply don’t seem feasible for a number of reasons, not the least of which is size. I would have to think that if iris scanners were small enough and cheap enough (and let’s not forget safe enough) to build into smartphones, they’d be in more places today. Then again, I don’t go home and open my door with my thumbprint either. So what do I know?

Ear pattern is the one that really gets me. I mean just because you can do something, doesn’t mean you should. I can’t imagine a scenario in which holding your phone to your ear is actually going to be more convenient that pressing your thumb to a button. The goal of every product should be to solve a problem, and I’m not sure an ear scanner, or an iris scanner for that matter is solving any problems that a fingerprint sensor doesn’t already solve.

It seems to me that iris scanning and ear scanning aren’t really great use-cases from a user perspective. It seems like these OEMs are doing the same thing as George Lucas in Attack of the Clones – “look what I can make Yoda do”. Some people loved watching that green little guy flip all over the place. I thought it was superfluous at best. So is the situation with upcoming biometrics, if rumors are to be believed.

But maybe I’m wrong. Maybe these new biometrics are the next evolution of smartphone security. After all, we are becoming more and more concerned about our privacy and data security, so why not protect it by whatever means necessary? After all, if that security can be used in conjunction with other biometrics – like a fingerprint for example – aren’t you just making sure the phone is even more secure? And even if both of these methods are prone to failure, we still have “old reliable” to back us up – the thumbprint. And if that fails, there’s always “old…er reliable…er” – the password. So it’s not like there is a single point of failure here.

People didn’t think too highly about the fingerprint scanner either. By “people” of course, I mean “me”. I was not alone in my assertion that fingerprint scanning was too slow and too unreliable to use for any length of time. And here we are a couple of years later, and I’ve used two consecutive phones with them – and enjoy the experience even.

There are a lot of things in this space that started out as “crazy” that ended up changing the way we use our smartphones. Are these two things more manifestations of that phenomena? I don’t know. But then I didn’t know about fingerprint scanners either. So how about you? Is this the next generation of biometrics? Are you excited about the prospect of this? Or are these just gimmicks that an OEM is rolling out as differentiation from Apple? Sound off below, perhaps after voice-print authenticating and let’s see if we can figure this out.