Ads vs paid apps: Which do you prefer? (poll)

Regardless of cost, apps aren’t free. They take time & effort to create & maintain but users don’t like to fork over cash for paid apps. Are ads any better?
Published 14 April 2015, 19:11 EDT

“Free”, in this sense, means “without cost or payment”. Basically, if you don’t have to open your wallet and fork over any hard-earned cash, it’s “free” to you. However, that doesn’t mean that it’s “free”, meaning unimpeded.  The first role is probably the one that you, dear reader, most closely align with yourself: a user. The second role likely applies to a smaller subset of those reading this article: a developer. The two aren’t mutually exclusive. I’ve developed a few apps, but I also have over a hundred apps installed on my smartphone right now.

As a developer, I’ve devoted countless hours into my apps. I consider my time to be a highly coveted asset. From my perspective, my apps are very, very expensive. As a user, looking at some of my apps, they’re not worth a dime (let alone a dollar!). There’s got to be a balance between the two!

How is a developer going to recoup his or her investment for developing their apps? 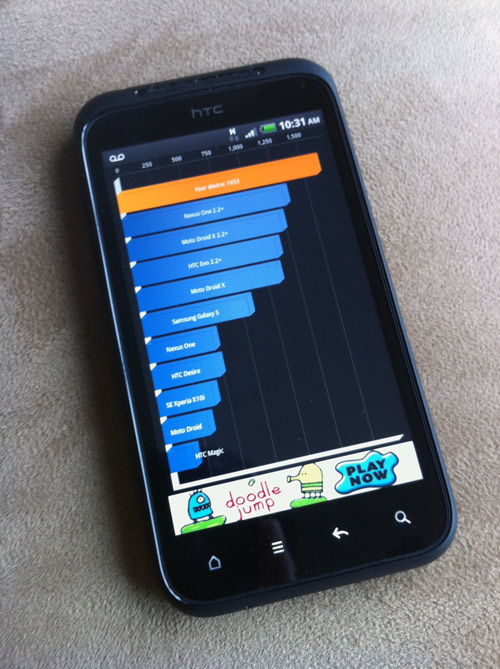 Some apps run ads inside them. These ads work better for everyone involved if they’re relevant to to the viewer. For example, I’m planting trees this spring, so ads that are relevant to that activity (hoses, shovels, fertilizer, pruners, etc.) are much more likely to be acted upon than ads for a game that I don’t have any time to play.

To know that I’m interested in tree-stuff the ad provider has to know who I am, possibly where I am (the nursery or home improvement store down the street may have stuff to sell me), what I’ve been searching for, then has to get an ad from a server somewhere on the Internet to show to me. Explained that way, the whole process sort of makes sense, but many potential users balk when a “simple” app asks for user profile, geolocation, and Internet access.

Some (most?) users don’t like ads. Many times they’re misleading or even contain inappropriate content. For those people there are…

Paid apps cost money up-front. Sometimes it’s only a buck or two, other times it’s quite a bit. For developers, apps with ads often pay out significantly more than paid apps. When a user buys an app, they’ve paid for one installation – and a lifetime of updates. That’s a great bargain for only 99-cents! But it’s miserable for the developer who must sell more copies of the app just to be able to keep up with the maintenance requirements of that app for those who have already purchased it.

Users (myself included) like the “unlimited” nature of paid apps. No ads, no worries. Pay once and get updates forever – or as long as the developer can afford to update it. Developers, on the other hand, don’t seem to like that setup.

Another form of compensation is through in-app purchases. Users can buy content, provide continued support, opt out of ads, or unlock “Pro” features through an in-app purchase. Or, when you need to expand your SIM City, you might get so frustrated that you plunk down the $10 to buy SIM Cash to buy enough dozer blades to expand now. In app purchases can allow users to play a game or consume content on a certain schedule, but pay for the privilege to speed up that schedule.

Although it sounds perfect, in-app purchases often result in unintended purchases by minors using a parent’s phone for temporary entertainment. One of my children ran up over $200 in virtual fish tank purchases in just under 30 minutes. Luckily we were able to get that refunded, but the possibility of a developer having to refund a lot of their in-app purchases is very real.

Those are the primary ways in which users can compensate developers for their apps. Each has it’s pros and cons. What’s your preferred method? Select your answer from our poll, then head down to the comments to explain your answer!