Acer’s IFA 2017 Windows 10 product lineup includes a premium 2-in-1 with discrete graphics and a humbler, cheaper but still good-looking convertible.

Since retiring from the all-important smartphone market of India, signaling a global mobile step back that few consumers probably noticed, Acer largely flew under our radar. But the Taiwanese hardware and electronics corporation remains very much committed to the PC industry, and its future relies heavily on various types of hybrid products.

The “pioneering” Switch 7 is billed as the world’s first fanless 2-in-1 notebook equipped with discrete graphics, which is no small feat, handling your hardcore gaming needs while keeping everything running nice and silent.

Unlike the Spin 5, which is only capable of, well, spinning and moving from laptop to tablet mode with its rigid keyboard concealed, the 13.5-inch Switch 7 can ditch the keyboard entirely if you so choose, weighing less than 2.5 pounds when the productivity accessory is detached. 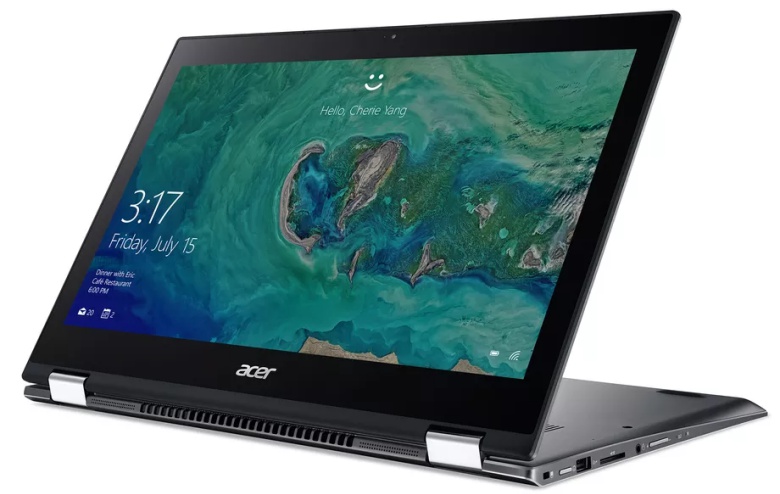 Priced at $1,699 and up in North America, where it’s supposed to launch sometime in December, the Acer Switch 7 Black Edition also has an Nvidia GeForce MX150 graphics card, sturdy brushed aluminum body, auto-deployed and auto-retracted built-in kickstand, super-high-res IPS display, embedded Wacom stylus and even an under-glass fingerprint sensor going for it.

Meanwhile, the Acer Spin 5, available in 13 and 15-inch screen sizes starting September for $799 and up, targets the perfect quality – pricing ratio for “style-conscious professionals.” The smaller model tips the scales at a decently lightweight 3.3 pounds, and both convertible laptops promise up to 13 hours of battery life with up to 16GB DDR4 memory in tow.