Acer Jade Primo will get an Android Marshmallow variant

One of the latest Windows 10 Mobile handset from a manufacturer other than Microsoft might be getting some flavors of green. What’s with the Acer S58A?

Acer’s come up with the first competing high-end Windows 10 Mobile phone of 2016. As the Jade Primo heads to sale in Portugal, we’re learning of an alternate universe that’s about to collide with ours. Okay, a little dramatic, but the long and short of it is that we’re getting an Android version of this phone. 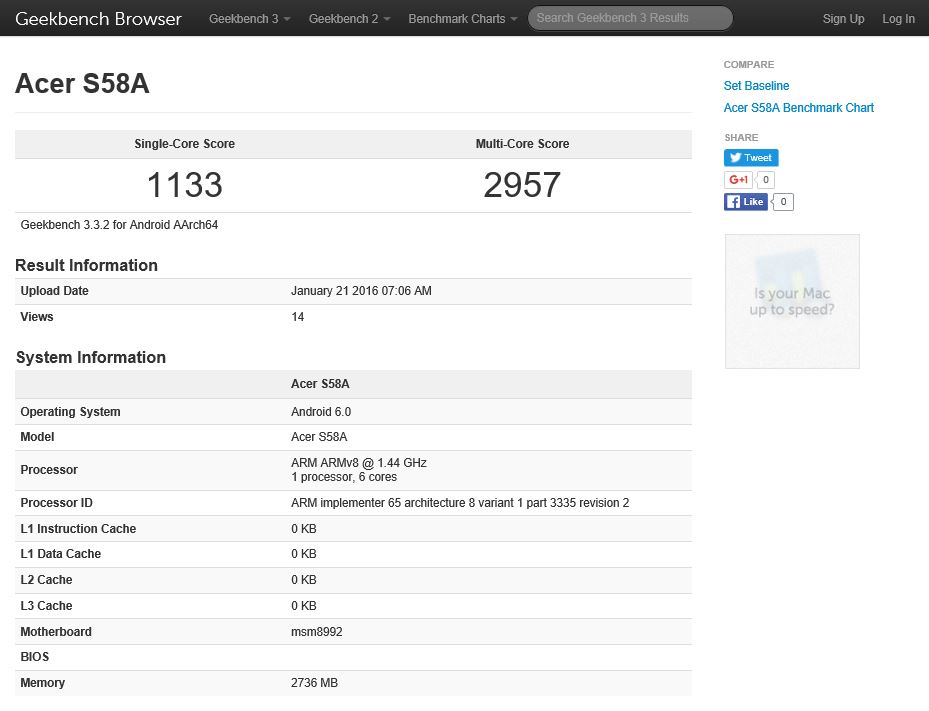 The Acer S58A has been found on Geekbench running what we assume to be a Snapdragon 808, 3GB of RAM and Android 6.0. And yes, the current version of the Jade Primo is just the Acer S58.

The Windows 10 Mobile version is expected to head to sales next month. The Android version, if there’s officially one, well, we’ve not the foggiest just yet. But it’s not nothing if it isn’t interesting.