A Wave Of New Android Tablets Is Coming: What To Expect

Just as the smartphone world offers up some close competition between the Android and iOS platforms, the battle also rages on in the tablet market. The new wave of Android tablets needs to benefit from some creative thinking if it’s going to have a chance at competing.

Evan Blass recently posted an article titled “Will The iPhone’s Reign Ever End?” In it, he speculates on the future of the mobile landscape, trying to predict how, when, or if the iPhone will go the way of the RAZRs and N95s of the world. What will ultimately dethrone the reigning king of smartphones? It’s a good question.

Right across the mobile-device gap, in the tablet space, sits Apple’s iPad. Just as the smartphone world offers up some close competition between the Android and iOS platforms, the battle also rages on in the tablet market. It’s easy to forget how close that race is -Apple’s share of the market was just 55.1% at the close of 2011, though it’s expected to rise to 61% this year. It’s easy to forget because, compared to its Android-running competitors, Apple’s iPad offers -by far- the richer, more complete tablet experience. To say it’s also benefited from a superior marketing effort would be an understatement. Until Google throws its weight behind a proper “Google Nexus tablet,” It’s unlikely that Android slate manufacturers will pose much threat to Apple, no matter how aggressively they slash prices, or how hard they continue to push hardware specs as a selling point.

The new wave of Android tablets needs to benefit from some creative thinking if it’s going to have a chance at competing. It’s more likely, though, that we’ll continue to see more of the same old tactics from OEMs. Here’s what we’re likely to get from the companies trying to shift the balance.

Any Android tablet OEM that wants to be taken seriously will be shipping devices loaded with Ice Cream Sandwich, hopefully upgradeable to Jelly Bean (but that’s a whole other bag of gummy worms). The urge to differentiate on size has proved irresistible -and profitable- for smartphone makers, so we may see ICS running on larger-than-ever displays this year as manufacturers test the limits of usability. The 13-inch Toshiba Thrive AT330 rumored in March turned out to be quite real, and we’re still waiting to hear whether rumors of a similarly massive slate from Samsung pan out. 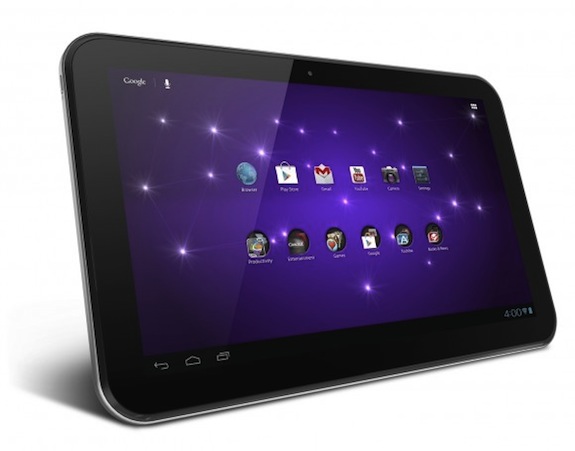 Less bombastic, but more likely to succeed, are the devices on the smaller end of the scale: those in the 7″ range that bridge the gap between mobile phones and tablets. The success of the Kindle Fire and Nook Color have lent some vindication to this size range, and there are advantages: the smaller display dimensions provide the opportunity to keep resolution high, while dropping component cost. Also, portability, a major factor in mobile devices, skyrockets with smaller tablets. Despite our skepticism, rumors that Apple is preparing a mini-iPad in this size range refuse to die. Whether true or not, it would be unwise to presume that Apple is prepared to ignore this segment forever.

Manufacturers won’t just need to compete on size, though; Apple has successfully changed the conversation from screen size to pixel density, and devices like the Galaxy Nexus and HTC One series are laying the groundwork for consumer adoption of, and appreciation for, HD displays. Minimum specs to be competitive will probably hover around 250 ppi, near the 2012 iPad’s 264, but competing OEMs may opt to stick with “bigger is better” thinking and go higher, regardless of the practical benefit.

“Quad-core” is a buzzword I’m already tired of, but the battle for honesty in computer equipment marketing was lost long ago. So quad-core processors are going to be a requirement in the next wave of high-end tablets, with even more cores served up by future CPUs. Hopefully at some point, Android will figure out how to make use of all those cores so I can run Angry Birds without gameplay stuttering when the ad banner drops in. Hope springs eternal. 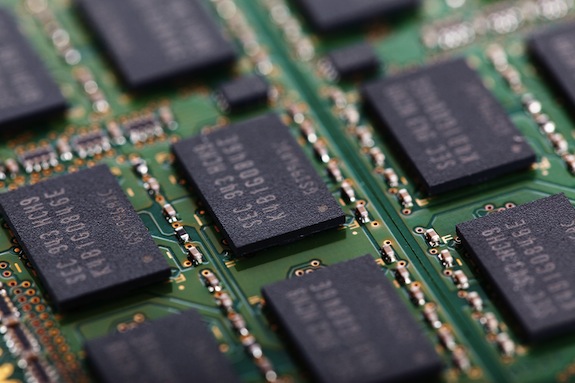 Maybe if I replace all this worthless silicon with 3.5″ floppies.

Other specs have to follow the “more power” trend, so we can also expect to see at least 1GB of RAM in most tablets going forward, with 2GB becoming the standard not soon after. For storage, we’re still looking at 64GB as the top-end option on the industry-leading iPad, but that’s fated to balloon shortly: apps continue taking up more and more space, thanks to the increased display resolution we discussed earlier.

Expandability continues to be a differentiator for Android tablets, so it’s possible we could see more tablet-type variations on the top-end Galaxy S III’s memory situation: 64GB built in, with an additional 64GB available via Micro-SD expansion. Built-in capacities of 128GB aren’t out of the question, either, and SSD storage remains a possibility for the real overachievers.

Samsung has been doing interesting things with styluses, which we’re sure to see adapted for whatever tablets it brings to market next. Tablets certainly don’t need pens, per se, but paired with a precision instrument like the Wacom digitizer found in the Galaxy Note, they offer real functionality that serves as a meaningful set-off from the capacitive-only iPad. So going forward, higher-end Samsung tablets will probably ship stylus-ready.

We’ve talked before about how stupid taking a picture with a tablet makes you look, but it doesn’t matter; people do it anyway. Apple officially validated the tablet-camera when it threw a really great shooter into the new iPad, so the days of dumping some secondhand optical components into a tablet with some rudimentary viewfinder software and calling it a day appear to be over. 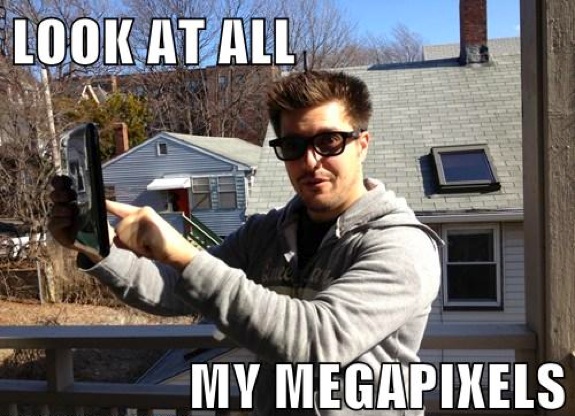 Not that this chump will notice.

Android OEMs will probably battle the iPad’s camera in the traditional manner, via a raw spec battle. That means bumping minimum resolution to 8MP, but it’s unclear whether we’ll see the optics improve. More forward-facing cameras are likely to get a resolution boost to allow for HD video, regardless of how (un)popular video calling remains.

No one has yet devised a tablet that offers truly impressive sound. Given the additional casing space a tablet offers over a smartphone, that’s a surprise; some of Motorola’s mobile phones have been putting out excellent, loud audio from much smaller packages for years. As tablets continue to steal more and more of our media consumption from traditional computers and TVs, audio will continue rising in importance. The first manufacturer to realize this will get a small but significant leg up on its competitors. I know I’d be first in line to buy a tablet tricked out with a subwoofer. 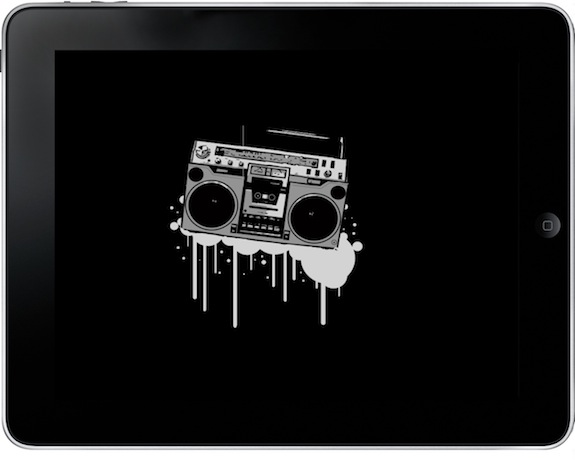 Google really needs to get a handle on the apps situation for its tablets. The Google Play re-brand is going smoothly, but a fresh coat of paint isn’t the solution to a fundamental shortage of functionality. Whether it takes the launch of a Nexus-type tablet line or outside pressures to force their hand, it’s a critical problem that must be solved.

What Do You Think?

That’s just a broad overview of some of the things we’re likely to see as the next battle in the tablet war brews over the horizon. What  speculation do you have to offer?