A Tribute to Windows Phone

Windows Phone’s mainstream support has officially ended so it’s time to send off Microsoft’s gorgeous, intelligent, yet failed attempt at rejuvenating itself in the modern smartphone market.
Published 23 July 2017, 00:36 EDT

Windows Phone’s journey began with the announcement of Windows Phone 7 back in October of 2010. Previously, Microsoft had been working with a larger number of aging smartphone operating systems such as Windows Mobile 6.5 and Windows Mobile Standard Edition. Those date back to 2003 when the Pocket PC operating system was renamed. Pocket PC was around since 2000 when it gained that new name from the previous Windows CE 2.1 for Palm Sized PCs. Those Windows CE based smartphone operating systems were very powerful at the time. In many ways their features still surpass the capabilities of some smartphones today (ink handwriting in every app, customizable apps, programmable hardware buttons, etc.). However, in 2010, the smartphone world was changing. Apple’s iPhone had gained functionality like picture messaging and Exchange ActiveSync and 3rd party apps that finally turned it into a legitimate smartphone. And Google’s Android was gaining steam after its initial release in 2008. Microsoft had to do something to catch the public’s eye in the budding smartphone wars. Their answer was Windows Phone 7.

Microsoft decided to completely dump all of the progress Windows Mobile had made as a smartphone operating system since the late 90’s and they quickly developed something completely new and innovative. Windows Phone 7’s “Metro” design language was the real star of the show. Everyone who bought into the iPhone praised it for its simplicity and design, so Microsoft’s Windows Phone 7 was made to be utterly superior in that regard. It totally was, and has numerous design awards to prove it. 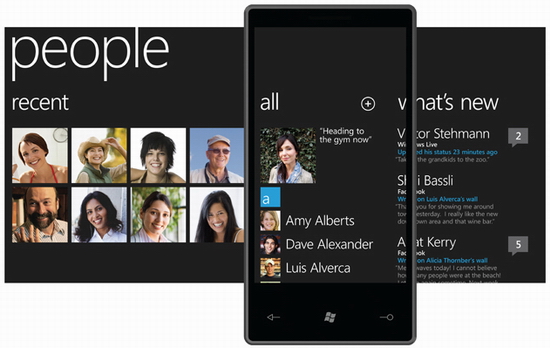 Unfortunately, starting over from the beginning like that, also lost the huge lead in smartphone functionality that Microsoft had developed over the decades with classic Windows Mobile, and Apple’s iOS and Google’s Android were already quickly closing the gap. 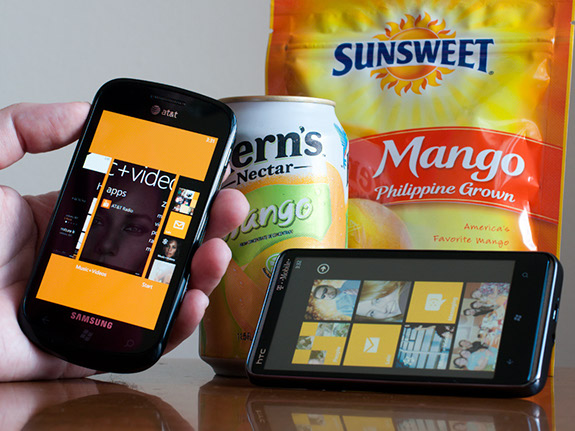 Windows Phone 7.5’s Mango update was a huge attempt at bringing all the great features to Windows Phone 7, and it really brought a lot of unique mobile user experiences that were certainly superior to the grid-of-icons that iOS and Android were dealing with. See “The Ultimate Windows Phone 7 Mango Preview“. It felt like everything was designed to genuinely make sense and yet it had a beautiful uniqueness to it. Words would fly into the screen and settle down with only partial visibility that visually indicated the ability to pan horizontally between hub panels. These designs replaced the cryptic paging dots and scrollbars of iOS and Android with typography that obviously continued to the sides. It was genius. Not only that, but the typography was completely understandable by anyone who has learned the language. That’s not true with Android and iOS’s unintelligible cryptic icons that litter their apps and ecosystems today. Many everyday tasks were designed to be so much faster and easier as you can see from the old “Smoked by Windows Phone” videos.

Next came Windows Phone 8 which was yet another rebuild that changed the smartphone operating systems core from the ancient Windows CE to the full Windows 8 kernel. You can see our full review here. This brought a 3rd party app expandable speech interface, which would have been extremely useful if developers had taken better advantage of it… and developers who did take advantage of it like Metro Voice weren’t forced to discontinue development due to Google Voice APIs being blocked. Kid’s Corner and People Rooms were great ideas too that never really panned out. Windows Phone 8 also marked a good number of feature removals as well. Things like automatic media syncing while charging over WiFi were lost along with the awesome Facebook quick share button and the ability to watch Zune/Xbox videos. 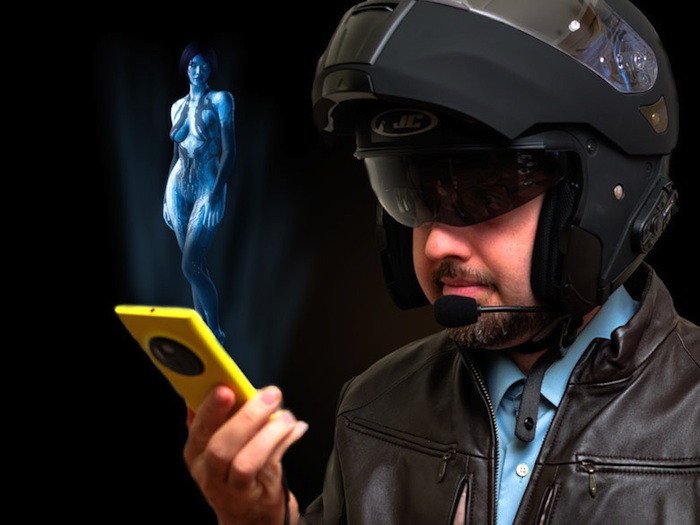 Windows Phone 8.1 came with some nice new Live Tile and Start Screen modifications, a restructuring of the People hub, and our first glimpse of the new speech interface called Cortana. You can see our review here. We also got a new “Action Center” in this version which, in my opinion, marked the first step towards bad design in Windows Phone. The action center and notifications listing was only accessible from the top edge of the screen, which is a ridiculously poor user experience for phones with larger than 3.5″ screen sizes. See “Why a top-screen edge gesture doesn’t belong on a smartphone.”

In terms of press events and marketing, the last of Microsoft’s big push for Windows Phone was probably the Nokia Lumia 1020 event on July 11 of 2013. That brought the last really impressive Windows Phone from Microsoft and Nokia before Microsoft bought out Nokia’s mobile division. Then Steve Ballmer was pushed out of his position as CEO in February of 2014 for not moving Windows Phone ahead fast enough to compete with Android/iOS, and all of the momentum & innovation of Microsoft’s smartphone business kind of stopped. Yes, the new CEO Satya Nadella did say he would focus Microsoft on a “Mobile first” path in the future, but obviously that didn’t happen. Windows 10 Mobile’s redesign with a more Android-like app UI structure in order to ease app porting between platforms was a total failure (as we probably could have predicted from the beta).

So today we say goodbye to Windows Phone as a beloved smartphone operating system that left this world a little too soon.