Read about the variety of different in-car computers that we saw at the 2015 international auto show in New York City this month.

The 2015 international auto show is going on this month in New York City and we took a look at a good number of the in-car computer set ups. Many were not fully functional and some of the booth staff members didn’t want to give us full demonstrations, but we got a pretty good idea of how many of them worked.

First of all, the graphic interface designs, functions, and controls are vastly different on all of them. Even different cars by the same manufacturers have different in-car computers. It’s an awful mess… almost like what smartphones were like in the last decade. Remember how many different smartphone operating systems and UIs Microsoft and Nokia had separately? Today, all smartphones have standardized on the black-slab shape with a touch screen full of buttons and icons that you can press, but 10 years ago we had a huge amount of variety; some of it bad, some of it pretty good. 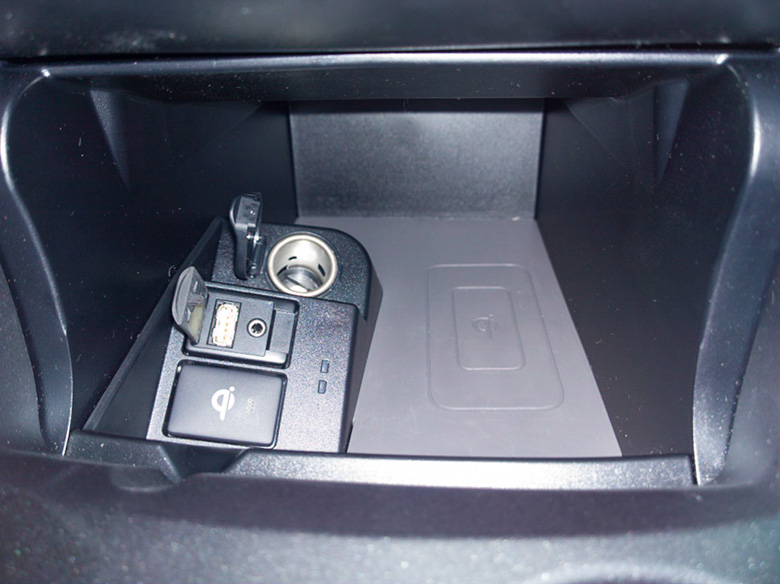 Before we start looking at the in-car computers, I want to mention one trend that I fully endorse; Qi wireless charging integration! A number of car manufacturers have started adding these Qi wireless charging platforms so that all you have to do is set your phone down to keep it charged while you drive. The one shown above is hidden behind a little door in the dashboard and it has a rubbery texture to keep the phone from sliding around. Unfortunately, the width of the space is a bit too narrow for something like the iPhone 6 Plus (which would need a special case to enable wireless charging.) I can imaging the Lumia 1520 wouldn’t fit either, so that’s a problem.

If you want to see a really bad in-car computer design, take a look at an Acura. This one has two screens. One of them is a touch screen with buttons and the other shows other stuff, but it’s not really clear why there needs to be two or how they work with eachother. It makes no sense. Of course, having a touch screen in a car is dumb enough… you have to take your eyes off of the road in order to use it because you can’t actually feel the buttons or the button locations. That’s a major danger while driving. 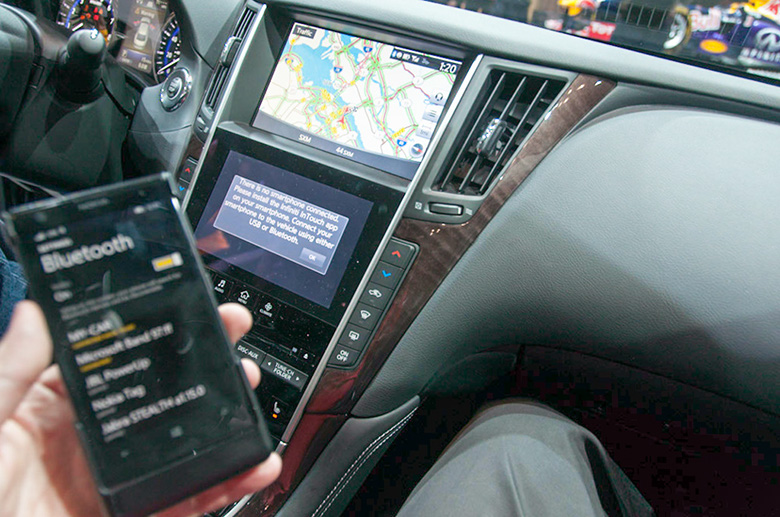 Here’s another car with dual screens. It makes a little more sense though since the top screen is used only for navigation, while the bottom screen does other things like control the stereo, phone stuff, and apps. Unfortunately, it doesn’t connect to my phone very well. You can clearly see a message sayin “There is no smartphone connected” while at the same time my smartphone says it is connected. Of course, the problem is that this car requires a special app to be installed on the smartphone, which is honestly rediculous. Cars last a lot longer than smartphones! The phone you’re using 10 years from now probably isn’t going to be compatible. 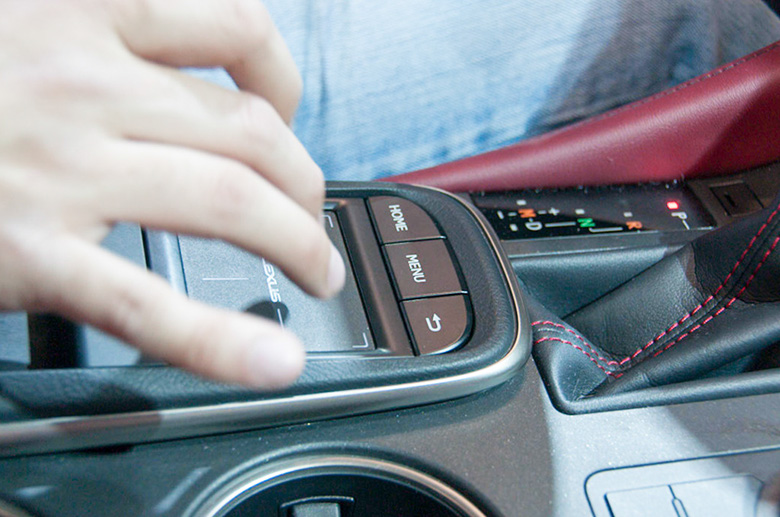 The lexus in-car computer has a touch pad next to the driver’s seat. You can use this to navigate menus and it has a strange haptic feedback vibration that tells you when it’s moved to the next menu spot. It also has a handwriting recognition implementation where you draw letters with your finger in order to spell out things like addresses. It seems super awkward to use. 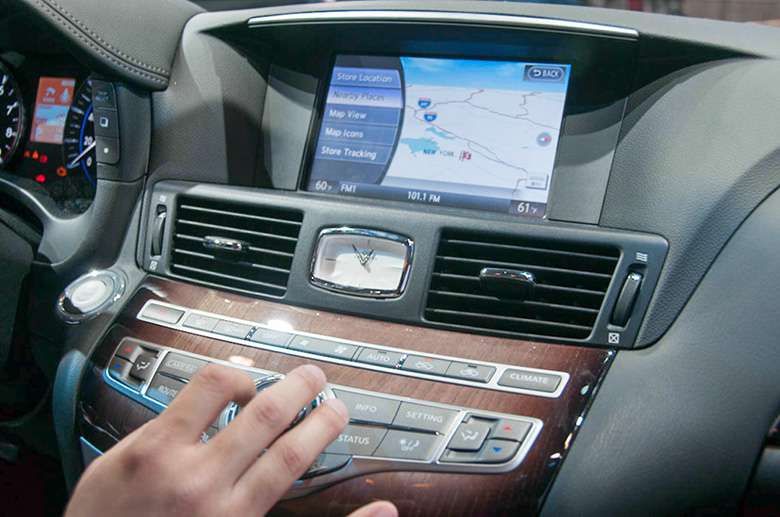 Sometimes the controls are higher up on the dashboard. 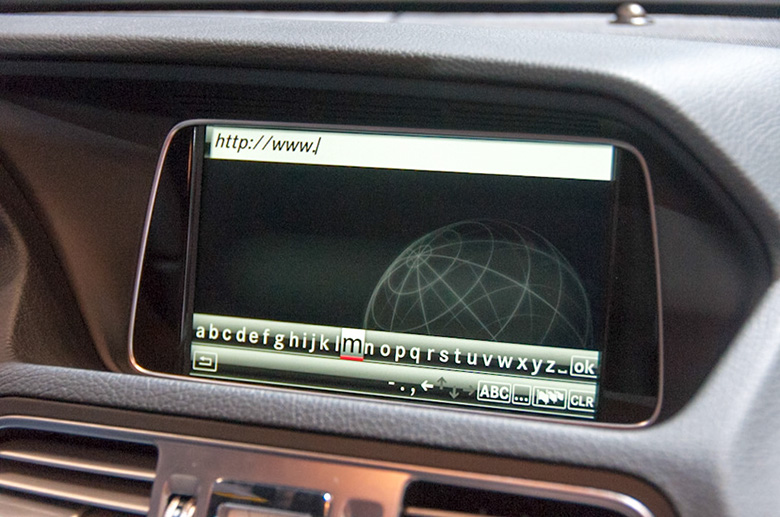 Seriously? A web browser in your car’s dashboard. Typing out URLs on this looks like fun. 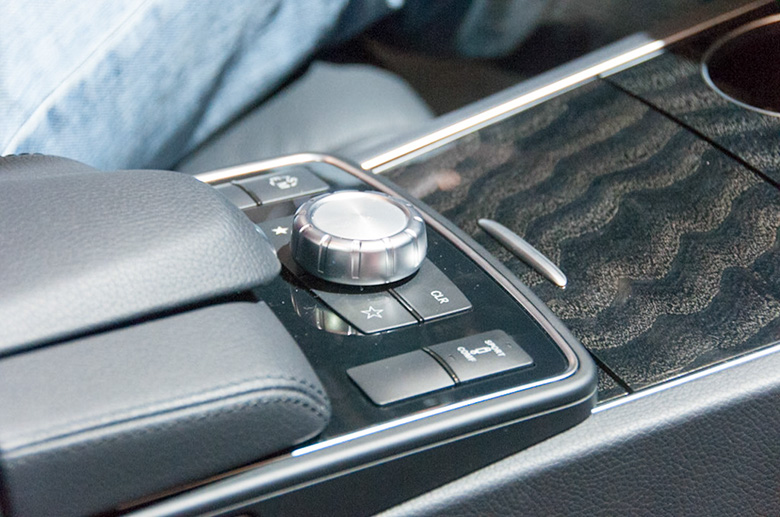 This one uses a dial to control the car computer’s menus. You can also push the dial forward, backward and side to side like a joystick. 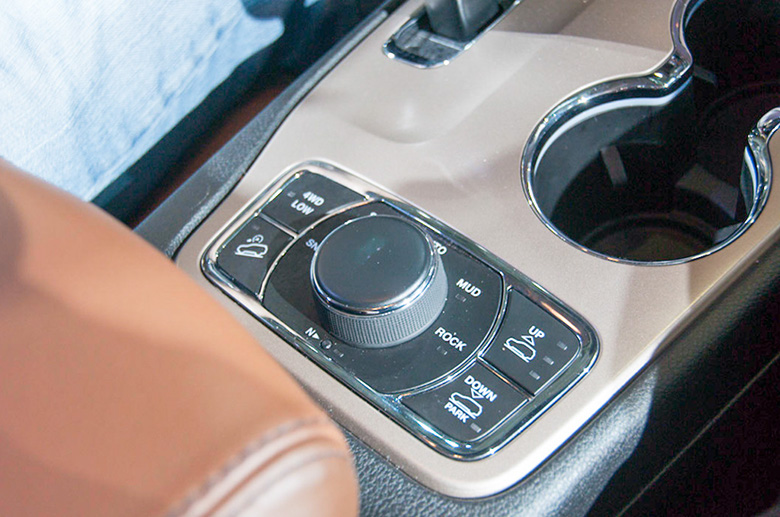 Here’s another type of in-car computer controller. Big dials and joysticks to the right of the driver’s seat seem pretty popular. 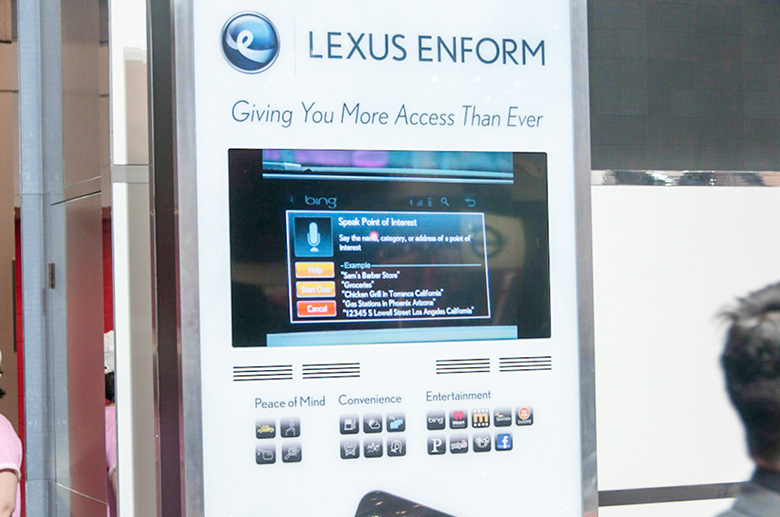 Lexus’ Enform in-car computer supports a good number of third party apps along with voice controls. It can also link to a smartphone app (Android and iOS only) which you can also use to control certain car functions remotely. 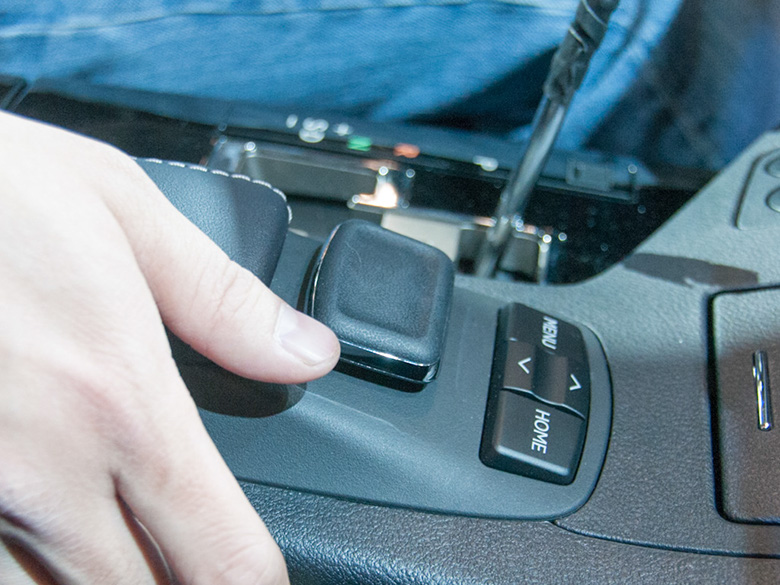 This one is kind of like a joystick, where you hold onto the rectangle and move it in the direction that you want the on-screen cursor to go. It has a nice haptic feedback feature that puts some vibration into the control to indicate when you’ve moved the cursor to the next menu item. 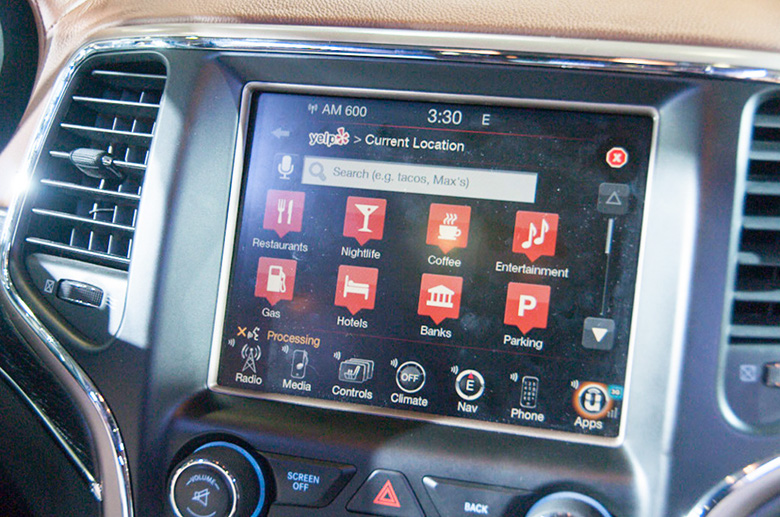 Having a Yelp app built into the car seems super useful. Quick access to nearby parking lots, gas stations, restaurants, etc. is pretty nice… until you try to type something. 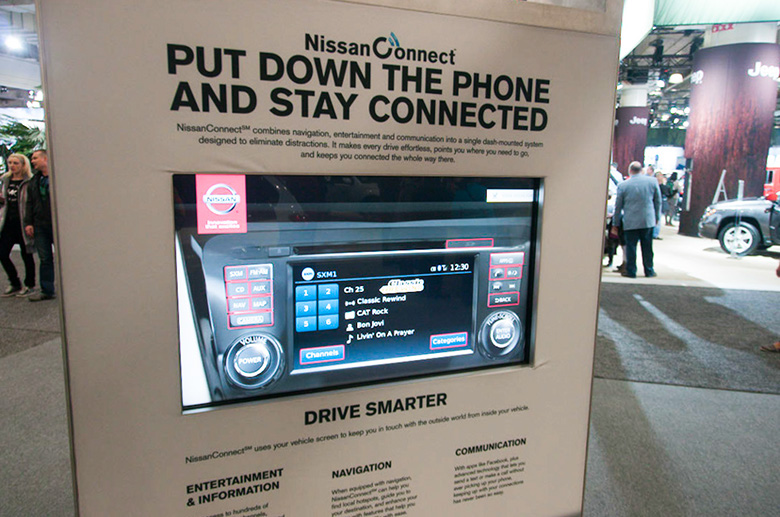 Nissan promotes their NissanConnect in-car computer as eliminating distractions, making driving effortless, and keeping you connected, but it uses a touch screen interface which dangerously takes your eyes off of the road.

As mentioned earlier, how often do you get a new car versus getting a new phone?  10 years ago, the only smartphones around were running Windows Mobile, Blackberry, Symbian and Palm. None of the car computers today are compatible with those smartphones, and I gaurantee 10 years from now, none of the current car computers will be compatible with whatever smartphone you’re using in 2025. Does it really make sense to buy a car with the kind of tech that will be obsolete so quickly? Probably not.

For me, 10 years ago, my in-car computer was actually my smartphone. I only needed a little holder for it and an AUX port for the car’s speakers, and I was all set. Well, 15 years ago instead of an AUX port, it was a cassette player adapter with a 3.5mm headset jack. Ever since then, I’ve been using my smartphone for hands-free texting and GPS navigation (though GPS navigation programs didn’t come around until 2002-ish). My current smartphone still works with 3.5mm headset jacks, but today I use a Bluetooth A2DP after-market stereo with a microphone. Still does just about everything these new car computers do.  Actually it does more since I can ask my phone’s speech UI about calendar appointments, tell it to remind me about stuff, and even make hands-free Skype video calls.

Are these car computers going to keep up with smartphones?