A first look at the Neptune Duo mockup

Take a look at the Neptune Duo; a smart watch that runs full Android and gives you a large wireless pocket screen for easier access to full apps.
Published 17 February 2015, 09:01 EST

Last week we got to speak with Simon Tian who showed us some mockups of a new product that’s meant to be the next generation of his Neptune Pine Android-powered smartwatch. This isn’t based on the Android Wear platform, by the way. We’re talking about full Android in a wrist watch. Simon is only about 20 years old and has already seen some success with his Neptune Pine. (Just for some perspective, he was about 5 years old when Pocketnow was launched in the year 2000.)

Now he’s working on his next project. The Neptune Duo still has a wrist-mounted smartwatch that runs full Android, but now you’ll also get a “pocket screen” to go with it.  It’s kind of the opposite of what most smart watch manufacturers are doing.  Everyone else is making the smartphone the central hub for your wearable computing gadgets. Most smart watches require a Bluetooth connection to a smartphone that does all of the heavy lifting.  Google Wear, Samsung Gear, Microsoft Band, Pebble, Moto 360, etc. all require a sync app and Bluetooth connection on your smartphone in order to receive any kind of communications from your other apps or internet services. 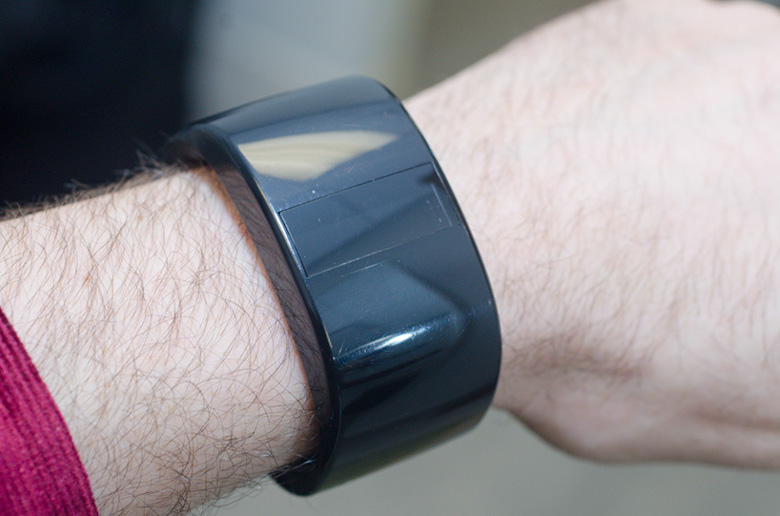 The Neptune Duo puts the hub on your wrist instead. All of the wireless radios, operating system, storage, memory, and processing happens in the smartwatch. But, as we know, a tiny screen on your wrist is not very easy to use. So the Neptune Duo includes a wireless pocket screen with its own battery as well as an 8 megapixel camera on the back and a 2 megapixel camera on the front. It’s only job is to provide a larger touch interface for Android on your wrist and transfer pictures to that from the camera.

One advantage to this is security. The smart watch only has to be authenticated when you put it on. There’s a proximity sensor on the inside that will know when it leaves a wrist and that’s when it will lock itself. On the pocket screen, the act of taking it out of your pocket should enable its latency-free connection to the smartwatch. 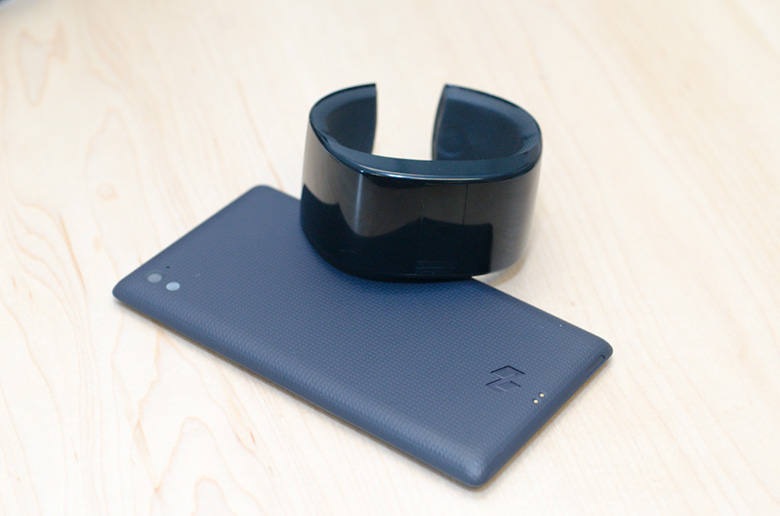 The watch will have a 1000 mAh battery along with a heart rate monitor, accelerometer, GPS, LTE, WiFi, Bluetooth, etc. The 2.4″ touch screen on the watch is curved to wrap around the wrist, and it will have a special UI on top of Android Lollipop that enables only a small subset of Android’s functions. The new UI will be designed to make things like scribbling text message replies very simple.  The full Android experience will still be available through the secondary pocket screen.

The pocket screen will also have a 2800 mAh battery and you’ll be able to attach a small wire between the pocket screen and the smartwatch in order to recharge the watch’s battery. There will also be a stereo Bluetooth headset for interacting with the speech interface and listening to music. 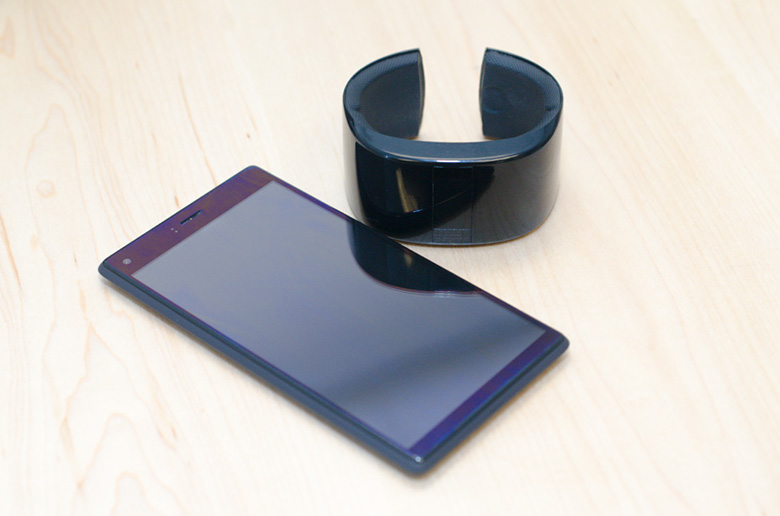 The Neptune Duo can be pre-ordered online at http://www.getneptune.com/.