I’ve been having some problems with the WiFi side of my router — the wired side works fine, but WiFi has been giving me problems. This isn’t an uncommon occurrence and usually happens as routers age, but happens more frequently as the chips that run the radios get hot. It’s that latter part which is kind of interesting.

Besides distance issues, I can’t recall having had problems with WiFi connectivity in my home. Then over the last year or so I’ve been suffering from intermittent connectivity problems, dropped sessions, slow transfer rates, and more. The manufacturer of that router happily processed an RMA for the unit, but the replacement started exhibiting similar problems not long after. Two routers with the same problem? That’s a little more than coincidental.

Then it hit me

I’ve increased the number of devices actively using my WiFi — a lot! In my home we had two smartphones and a laptop using the WiFi before the problems began. Now we have five smart phones, three tablets, one game console, a printer, a bathroom scale, a thermostat, a smoke detector, a ChromeCast, a laptop, and a desktop computer — and that’s only the wireless stuff!

There is a lot more traffic going through that chip than there ever has been, and I have no doubt that is part of my problem. Next up is the fact that I’m in a fairly crowded area when it comes to WiFi operating on 2.4GHz. The solution? Jump to to 5GHz and 802.11AC.

Looking around at other sites, the Netgear Nighthawk ranked in either the number one or the number two spot when comparing 802.11AC routers. I even recommended one for a friend and helped him install it — but I hadn’t yet made the jump to 802.11AC, nor even made the switch over to 5GHz on 802.11N. 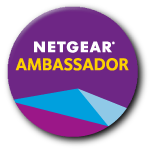 Netgear was nice enough to send over a Nighthawk for us to try out. I quickly swapped out my old router with the new (and much larger) Nighthawk. Within ten minutes I’d updated the firmware and set everything up — which was a bit quicker than my previous router, thanks to the 1GHz dual-core processor powering inside the Nighthawk. Then the real tests began.

It took me quite some time to get every device paired with the new router (I’m still looking for a mini-USB cable so I can tell my Withings scale how to hook back up). Some devices only work on 2.4GHz, but most work fine on 5GHz. Luckily, modern routers include the ability to run both a 2.4GHz as well as a 5GHz network at the same time. I named mine Nighthawk2 and Nighthawk5 so I could easily tell them apart.

Within minutes of setting up my Nexus 5 I had Ookla Speedtest fired up. The results were beyond impressive. 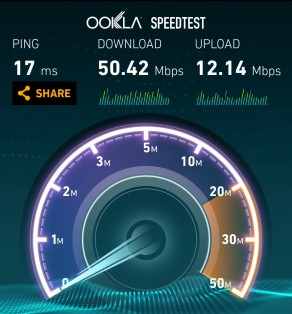 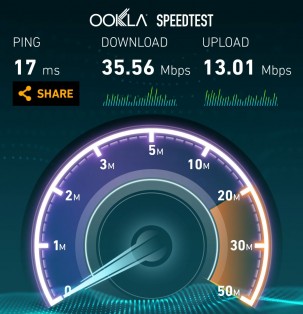 In case you couldn’t tell, the speeds on the left are with the new Netgear router using 802.11AC. The speeds on the right are the old router using 802.11N. Part of that is because 802.11AC operates in the 5GHz spectrum rather than the 2.4GHz spectrum which is getting very crowded these days. Even on 2.4GHz, the Nighthawk stands head and shoulders over the other wireless access points in the neighborhood. On 5GHz it’s a different story entirely. A neighbor just three houses down the street from me has the same router, but I can’t “hear” his router at all. 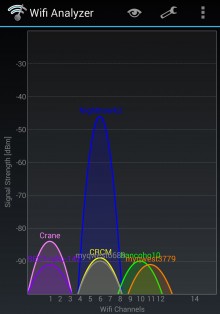 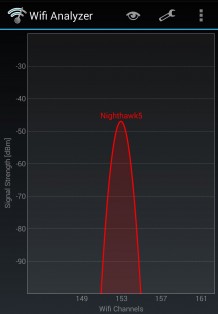 That’s the double-edged sword that is 5GHz: its signal doesn’t propagate as far as 2.4GHz signals do. For some, this is problematic, since some need all the distance they can get. For others, it’s great, because without all the interference from neighboring access points, speeds are higher — much higher.

I’ve only been using 802.11AC for a week, and didn’t think it would be much better than using 802.11N. I was wrong. Web pages load faster. YouTube videos start to play quicker and stutter less. Netflix looks beautiful!

I’ve only got two complaints so far.

First, ChromeCast doesn’t know what 5GHz is, so if you want to control it from your phone or tablet you’ll need to leave your 5GHz 802.11AC network and hook up to the 2.4GHz 802.11N network. That’s easy enough, but inconvenient.

Second, the Asus 802.11AC USB dongle I’m using on my desktop computer doesn’t seem to like 5GHz. I don’t know if it’s simply too close to the router (it’s about 18 feet away), or if there’s a driver issue, but dropping back to 802.11N on 2.4GHz works great, so I’m not really concerned.

All in all, the Netgear Nighthawk took a frustrating situation where signals would drop and connections were spotty at best, and has fixed everything.

The moral of the story

Pocketnow is all about bringing you the latest and greatest in smartphones, tablets, and wearables. Occasionally we forget that as the technologies in our mobile devices improve (and the number of devices in our homes increases) we need to also update the technology in our homes that support it.

The new Zen Mode was first showcased by the company with HydrogenOS 11 in China.

Once the person on the other end is ready to speak, Google Assistant will alert you…