Do we really need 6GB of RAM on our smartphones? (Poll)

Is a 6GB smartphone simply overkill, or are OEMs strategically helping to “future-proof” for the apps and OSes of tomorrow?

– attributed to (but denied by) Bill Gates

Alrighty, before we talk about how many jigga-bytes we can cram into a smartphone, let’s make sure everybody knows what that is – and how it fits in with other components.

First up we’ve got the CPU – the central processing unit – which is the “brain” of your computer, tablet, or smartphone. It crunches all the numbers and runs all the logic. It’s connected via the “bus” to the other major components. The CPU’s speed is measured in GHz, number of cores, and the type of architecture it’s based upon. 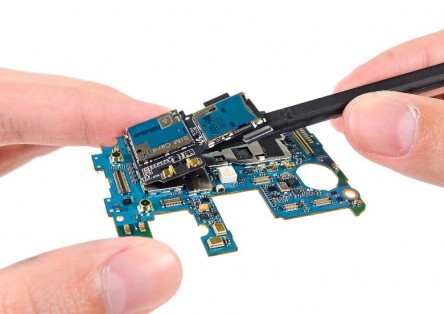 Next we’ve got the video processor, or GPU. This, like the CPU, has its speed measured in GHz, cores, and type of architecture. It’s responsible for figuring out how all those lines of code in our apps are supposed to look when we finally see them on our screens.

We can’t forget storage. This is where we keep all our apps, settings, documents, files, and even the operating system itself. The more of it we have, the more stuff we can cram into our pockets.

That brings us to the focus of this article: RAM. Random Access Memory is like the short-term version of our own memory. It’s what we’re thinking about right now. When we sleep, this “short term” memory is converted into long-term memory where it is “stored” in our brains for later retrieval, but it’s not “on our mind” and being actively thought about.

RAM doesn’t operate in quite the same fashion – it’s not “converted” into storage when we turn off our screens. Instead, it’s the area where our devices “think” about what’s on its “mind” – what’s currently running on the device. The “figuring out” part is handled by the CPU, but the numbers to be crunched and the results from that crunching are stored in RAM.

The more RAM a system has – whether that’s a PC for video editing or a smartphone – the more it can “think about”  at the same time… or it can think about bigger and more complex stuff. In practical application, this means more apps, and more complicated apps can reside in memory at the same time. When things reside in memory (rather than storage) they load faster, look better, and can do all sorts of whiz-bang stuff.

Today’s smartphones usually sport between 1GB and 3GB RAM – with two being the “sweet spot” where performance meets value. Flagships, like Huawei’s Nexus 6P push the upper end of that limit – cramming three whopping gigs of RAM inside. Does it help, compared to phones with a “paltry” two gig? Sure it does. Is it worth the extra cash to get the additional gig? Probably not.

It wasn’t that long ago when we asked if 3GB smartphones were “future-proofing”, or simply overkill. Now we have headlines like these filling our news feeds:

We even have word that the Qualcomm Snapdragon 830 SoC could help usher in the era of 8GB RAM smartphones. Eight! Great Scott, that’s a whole lotta jigga-bytes!

What that leaves us with is the same type of question we asked back in 2013: is a 6GB smartphone simply overkill, or is it strategically helping to “future-proof” for the apps and OSes of tomorrow? We certainly aren’t going to say that “3GB RAM ought to be enough for anyone” – but we’re curious to hear your thoughts!