DIY mod gives us the 64GB Nexus 5 we never had

For a smartphone dating all the way back to 2013, the Nexus 5 still holds a special place in the hearts of a good number of Android users, and while it’s clearly been surpassed by more powerful Nexus hardware, some recent hot deals on the phone have managed to keep it in our thoughts. But for as much as the Nexus 5 did right, it was never a phone that fared well for users with big data needs: with no microSD expansion (well, not without a separate mod), and only 16GB and 32GB storage options, it might not be long before you found yourself uninstalling old apps to free up space. Google and LG never got around to bringing us a 64GB Nexus 5, but one user has managed to cook up just such a smartphone for himself, with a little DIY know-how.

Over on the XDA-Developers forums, user Kapetz2 shares his story of manually desoldering the flash storage chip in a Nexus 5 and replacing it with a $30 64GB component (see, you knew all those manufacturer prices for higher storage options were BS).

Actually getting the phone to recognize the new, higher-capacity chip took a bit of effort, as the Nexus 5 was never expecting to see more than 32GB available (or more specifically, the file system wasn’t formatted for more), but after a little bit of legwork, everything was finally working just as intended, resulting in a 64GB Nexus 5.

This is hardly the first time we’ve heard of super-charging a phone’s storage through an unauthorized flash-chip replacement, but it’s still one hack that rarely fails to impress; we’re just jealous we can’t pull such upgrades off for ourselves – well, without ruining out phones in the process. 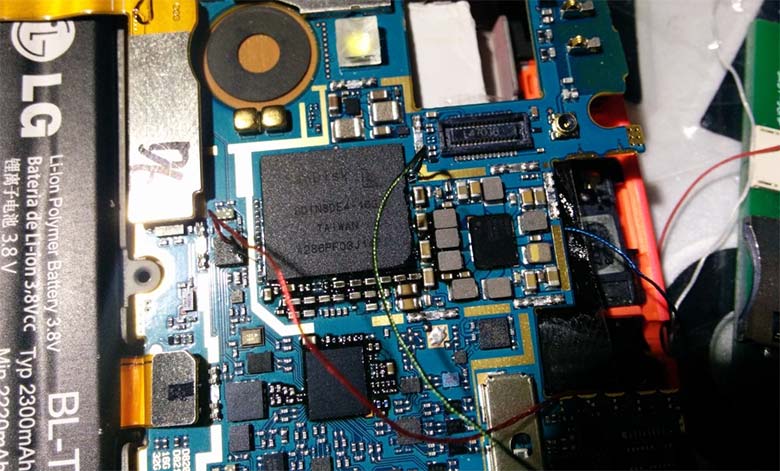