In honor of webOS’s sixth birthday, we introduce to you 6 awesome features that have yet to be poached from webOS. Enjoy.
Published 06 June 2015, 10:00 EDT

Six years ago today, Palm launched the best smartphone in the world. That’s right the best smartphone in the world . The Palm Pre hit the shelves of Sprint stores across the United States and began, what is affectionately known as the “WTF-iest history” in the mobile space to date. Since then, webOS remains one of the most intuitive and efficient mobile operating systems ever built and has been picked over by the three remaining contenders. But there are still some things that haven’t yet been stolen/borrowed/copied by iOS, Android, and Windows Phone.

Some of these concepts have been borrowed half way, or poorly, but for the most part, these areas remain untouched by the big three. So we wanted to remind Apple, Microsoft, and Google that they’re still there for the taking, if they’d be so inclined. So, in honor of webOS’s sixth birthday, here are six things that still need to be stolen from webOS. 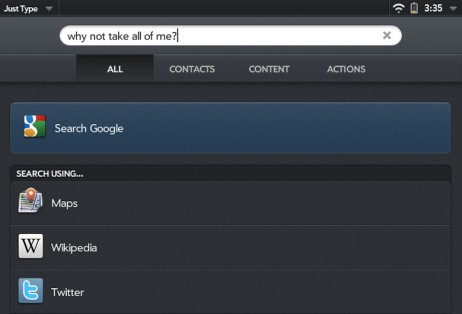 Just Type was one of the greatest features built into a mobile operating system. On my personal list of OMG features on a smartphone I’ve used, Just Type is number 3 just below Google Now and Cortana. So, in a sense, it’s number 2 behind “digital assistants”. Just Type allowed you to initiate virtually any action, just by typing into the persistent search at the top on webOS’s home screen. Want to update Facebook? Just Type. Want to call or text a friend? Just Type. Want to search ESPN? Just Type. This was your literal one-stop-shopping for doing anything on your phone.

Some operating systems have borrowed a shadow of this concept. BlackBerry 10 has something similar. Google Now is a sort of voice-powered Just Type, but no one has really gotten it down pat, including third party integration. You see when you were surfing on the web, and came across a website that allowed it, Just Type could search that website on demand too. Facebook, Twitter, and other social networks worked just as seamlessly.

Taking a step back and imagining a digital assistant with the power and ubiquity of Just Type gives me happy dreams for weeks and weeks.

Cards sure, but not stacks and swiping

Cards are the one common factor that every operating system has taken from webOS, but nobody has gotten the activation right. On iOS, you double press the home button, on Windows Phone you long press the back button, on Android you…do whatever…the OEM has built into its skin. But with webOS, it was a simple swipe up from the bezel. It was so easy, so quick, and “one-handable” as well.

You could also arrange your cards into stacks and change the order. Stacks were one of the neatest things in webOS because if you had a browser open with 6 different cards, you could have a browser stack and swipe past them all in one swipe. Apple, Microsoft, and Google’s paradigms are all poor shadows of this concept, and they’d be wise to take this page out of webOS’s book so that their users could not only multi-task, but multi-task efficiently. That’s the true power of multi-tasking. 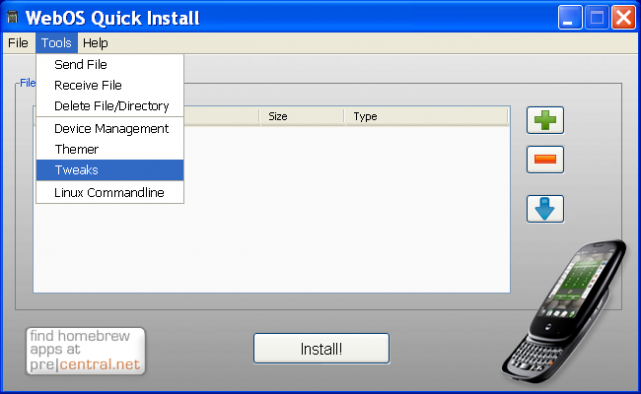 The webOS community came out in droves to support this operating system because of how customizable it was. Palm made a lot of resources available to developers that allowed you to change the look and feel of the operating system itself in the form of patches. These patches could do something minor, like changing the embedded text in Just Type to “Make it So” (best patch ever, by the way) or change the battery to a percent, to relatively major system changes like configuring what was in the system shade when you pulled it down.

Admittedly, webOS never really got this down to a really user-friendly level. Patching required the installation of a homebrew app, and sometimes required loading the patches from the computer onto the phone. But the accessibility of everything gave the user the power to truly make their phone theirs. Android does some of this, most notably the CyanogenMod build on the OnePlus One. But not to the extent that webOS had it. 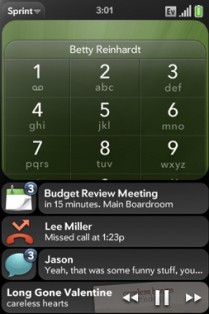 Notifications on the bottom

webOS made a decision back in 2009 (actually probably earlier) that made some of the most sense we’ve ever seen in a mobile phone concept. They put their notifications on the bottom of the screen, where they could be reached by your thumb. You could do so much on the phone one-handed, it really spoiled us to a certain extent. We have waxed poetic on this concept before, so I won’t go too heavily into it. But dangit, guys. Wake up.

The mobile industry has made great strides in wireless charging. We now have SoCs that can handle whatever wireless changing standard you care to place it on. We even have a mainstream flagship phone which is capable of charging wirelessly on both standards. But everyone has missed the boat on this one important point. Palm put magnets in its wireless charging units.

One of the biggest fails in wireless charging is the phone getting jostled off the charger by a flailing hand in the middle of the night. That never happened with any webOS phone I owned because Palm put magnets in the phones back and in the touchstone chargers to ensure that the coils were properly aligned. Palm built in a way to ensure that its chargers worked, every time.

This is not hard, people.

There are other concepts of webOS that never really made it to the other three operating systems. In Windows Phone, email composition is done in a separate card from the email app, so you can reference other emails without having to save a draft. This is a small but important point that made webOS (and Windows Phone) more usable when being productive. Portrait sliding keyboard of the Pre3 was one of the best keyboards I’ve used on a phone. The river stone shape and curve to the contours of your face made the phone a pleasure to hold and use. All of these have been copied by one, but not all.

Overall, webOS made its mark on this space, and continues to live today in the borrowed concepts of its competitors. Honestly, in a world in which nothing is permanent, it is indeed our legacy that is most prized so that when we are gone, we live on. webOS has accomplished this and could still shape future generations of phones and mobile operating systems. And that is the best any of us can ask for. Sleep well, webOS, secure in the knowledge that your legacy is alive and well.

Bottom line, the Samsung Galaxy S21 wins. Those in the market for the best bang for the buck modern flagship, this is it, not the iPhone 12.

Samsung Galaxy S21 makes a trio of compromises, but the overall package is terrific for its price and sets a high benchmark for rivals.

Apple will reportedly redesign the Face ID hardware to achieve a smaller notch, while the iPhone 13 Pro duo might get a larger image sensor.