6.1-inch iPhone gets a new name in new Chinese leak

After having talked about the iPhone X sequel literally becoming the “iPhone XS,” are we ready for an iPhone XC? China Mobile thinks so.
Published 09 September 2018, 21:45 EDT

China Mobile recently began briefing its employees on the new iPhones that will be announced this Wednesday. As is typical, one cheeky worker decided to snap a picture of a presentation slide and pass it along to the interwebs — the interwebs, in this case, being Weibo, where people have been busy dissecting the latest rumors from ones laid out in the past. 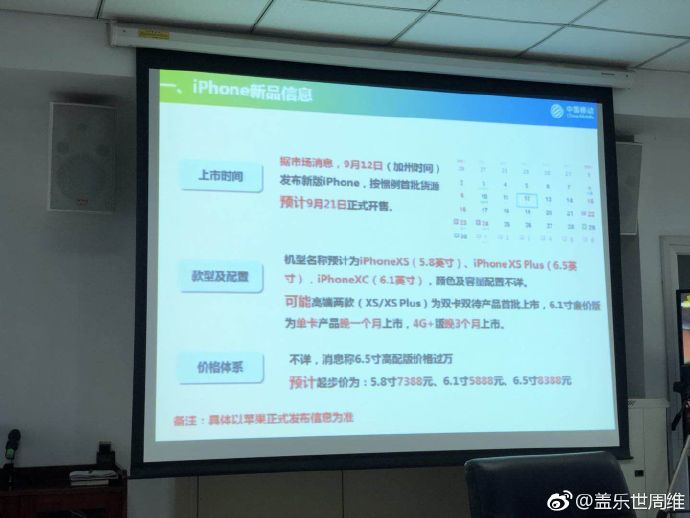 All three devices will possibly have dual SIM card slots for the first time in iPhone history. For the XS and XS Plus, that variant will be going online immediately. While a single-SIM version of the iPhone XC will come out around October, it will take until around December to get dual-SIM in.

A recent rumor suggested that European iPhone pricing will remain the same from last year when comparing the same corresponding models.

The smartphone is yet to be launched but it is already listed on Vivo China’s official website.