With so many devices crowding the airwaves, is 5GHz really better than 2.4Ghz in practice?

With so many devices crowding the airwaves, which frequency are you better off using: 5GHz versus 2.4GHz.

Yesterday we talked about the benefits of 802.11AC over 802.11n, and the majority of our readers agreed that the newer AC spec wins out almost every time. But what if you don’t want to jump on the 802.11AC bandwagon just yet?

Good AC routers still cost around US$200, and from a speed standpoint, 802.11n may suit you just fine. Isn’t there something you can do with your current 802.11n router that could help without spending any money? After all, if it isn’t broken, don’t fix it!

Luckily, yes, there may be something you can do hiding inside the wireless router that you already own.

802.11a was theoretically able to communicate at 54Mbps, though it generally didn’t perform much better than 20Mbps. That was about double (or more) what the subsequent spec — 802.11b — could carry. Since chips that operated in the 2.4GHz spectrum were much less expensive than those that could take advantage of 5GHz, consumer adoption quickly gravitated toward the newer and less expensive equipment — in spite of its lower speeds. Some enterprises deployed 802.11a, but many opted to roll out 802.11b since that’s what laptops and other equipment had that built in.

802.11n arrived in 2009 and promised speeds up to 600Mbps (again, actual speeds were a bit lower). Something interesting was hiding under the covers of many “N-compatible” routers: an option to switch frequencies.

The 802.11n specification allowed manufacturers to include either 2.4GHz or 5GHz hardware — or both. In the early days, many opted just for the more compatible 2.4GHz hardware, though the price difference for chips on the different frequencies had all but been eliminated.

Over time, some routers started to show up with the ability to run on either 2.4GHz or 5GHz — though few supported running both simultaneously. Users had to decide which section of the spectrum they were going to use. Since 802.11n was still fairly new, chances were high that users had at least a couple devices that needed 802.11g (or lower). Since 802.11b and 802.11g were both firmly rooted in 2.4GHz, most users kept the default setting and ran their router on 2.4GHz.

However, others without legacy devices made the leap to 5GHz — with mixed results. 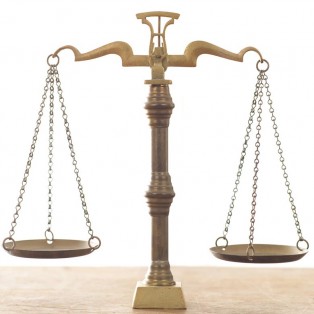 Ultimately, there is no “best answer” when choosing between 5GHz versus 2.4GHz. Every situation is going to be different, and every location is going to have its own set of challenges to overcome.

2.4GHz is capable of travelling further than 5GHz and can penetrate some materials better. 5GHz, though it cannot travel as far in theory, may be better suited for certain environments where 2.4GHz suffers.

The 2.4GHz spectrum has gotten very crowded. Like I mentioned yesterday, I’ve got well over a dozen WiFi devices running in my home at any given time. Multiply that by the six or eight wireless access points that I can “see” from my router, and it’s not hard to imagine just how noisy 2.4GHz can get! And that’s not including Bluetooth, cordless phones, and microwave ovens which also operate in the same spectrum!

5GHz looks to be the perfect solution to the mess! Less devices currently use it, and channels are spaced further apart (for less overlap). In situations where 5GHz reaches everywhere you need it to  (the coverage area is about 1/4 the size of that covered by an equivalent 2.4GHz umbrella) it’s typically amazing. However, its distance is a big limiting factor.

In practice, 5GHz may reach where you need it to, but you probably have more than one device that can’t talk on 5GHz. In that case you’ll either need a secondary access point just for it, or you’ll need to replace it. Neither is an ideal solution.

If you find yourself in one of the very rare cases where 802.11n over 5GHz will work for you, we think you’ll be very happy with the results. However, if you’re like the majority of us with devices that use 802.11g and 802.11n, you’re probably better off sticking with 2.4GHz as long as you can — at least until you buy an 802.11AC router like the one we used to run our tests.

We’d like to thank Netgear for providing a Nighthawk AC1900 Smart WiFi Router R7000 for us to use for conducting these tests.