Vivo has announced the completion of some tests that would allow the company to release a first batch of 5G smartphones by 2019.
Published 11 September 2018, 09:00 EDT

Remember that phone showing a 5G icon in its notification bar? It was believed to be the Xiaomi Mi MIX 3, and a picture was showing the device being connected to what appeared to be a lab-only test 5G network. Looks like Vivo is not going to let that slide, as the company is doing its own testing. The phone in the image clearly shows a 5G connection on one of its two SIM cards. We’ve already seen the phone. It’s the Vivo NEX and we were impressed!

Vivo says the company is committed to spearheading the development of pre-commercial 5G smartphones. The company says it completed a “ground-breaking 5G software and hardware” development based on the Vivo NEX, with the Qualcomm X50 modem at its core. The phone-maker announced that it “has concluded initial architecture planning, 3D placement stacking, RF/antenna designs and optimized battery space within NEX to deliver 5G capabilities”.

There are still plenty of tests to run, but Vivo really wants to launch the first batch of commercial 5G smartphones by 2019, says the press release. It means that we might see a 5G Vivo NEX in the coming months, with “support for Non-standalone Architecture (NSA) model, which includes dual connection for both Long-Term Evolution (LTE) and New Radio (NR), based on 3GPP Release 15 standards”.

Vivo also announced that it partnered up with China Mobile and is working closely with Qualcomm in order to push 5G devices out. You can read more in the press release below the picture. 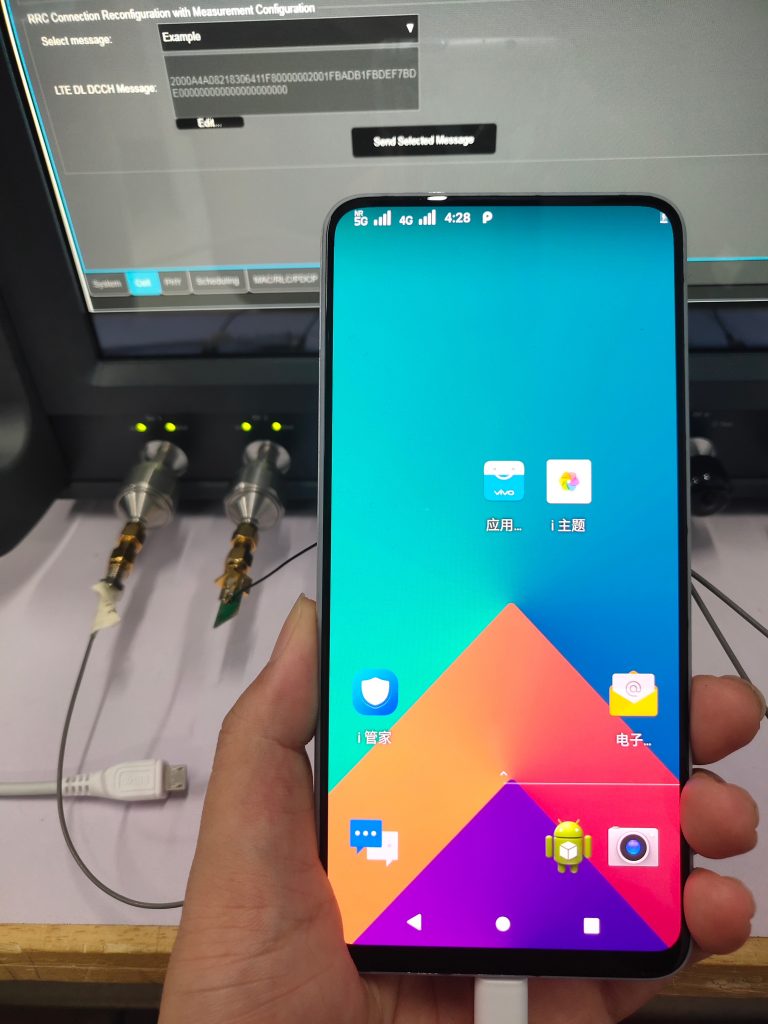 Vivo has completed the initial development of 5G smartphone software and hardware on Vivo NEX. Running on Qualcomm’s X50 modem, Vivo has concluded initial architecture planning, 3D placement stacking, RF /antenna designs and optimized battery space within NEX to deliver 5G capabilities. The 5G version of NEX has completed the first phase of protocol and signaling tests with Keysight UXM 5G signaling. As a next step, Vivo’s 5G pre-commercial smartphone will enter further IODT tests with 5G infrastructure and networking equipment, as the company continues to work towards its goal of launching its first batch of commercial 5G smartphones by 2019.

„The 5G era will spark abundant and new possibilities for the smartphone industry. The combination of 5G and AI Technologies will turn smartphones into intelligent platforms which will take the industry to new heights. We foresee that with 5G and AI, the smartphone will become the sensory, control and service hub for consumer lives”, says Alex Feng, Senior Vivo President of Vivo.

Vivo began its research into 5G not long after the International Telecommunications Union (ITU) released the vision of IMT-2020(5G). Vivo set up its 5G Research Institute in Beijing in 2016 and became one of the main contributors at the 3GPP standard group to develop 5G technologies. In the past year, Vivo activated 5G antenna and RF related development to further accelerate Vivo’s pace of 5G innovation. Vivo also partnered with China Mobile on the “China Mobile 5G Device Forerunner Initiative” and has been working closely with Qualcomm on 5G developments, including recently the successful design and integration of new 5G mm-Wave (millimeter wave) antenna arrays into a Vivo commercial form factor.

Vivo is a leading global technology company committed to creating trendsetting smart mobile innovations and services. Vivo is devoted to forming a vibrant mobile internet ecosystem, and currently owns and operates an extensive network of research operations, with R&D centers in the US (San Diego) and China (Dongguan, Shenzhen, Nanjing, Beijing and Hangzhou). These centers focus on the development of cutting-edge consumer technologies including 5G, AI, mobile photography and next-generation smartphone design.

By the end of 2017, Vivo had over two hundred million users enjoying its mobile products and services around the world. Vivo is present in 18 markets globally and features offline retail stores in over 1,000 cities worldwide.[/toggle][/toggles]