A 5G Meizu smartphone won’t arrive until next year

As seen in the roadmap below, the second quarter of 2020 is when we will likely see a 5G Meizu smartphone make an appearance. The reason behind this is most likely related to different standards. As GizChina reports, in 2018 Meizu decided to go with the NSA (non-stand-alone) standard, as the SA (stand-alone) one was not available. Later that year Meizu turned to SA from NSA.

In terms of 5G smartphone modems, there are currently four on the market: the Qualcomm Snapdragon X50, the HiSilicon Kirin Balong 5000, the Samsung Exynos 5100, and MediaTek Helio M70. Huawei isn’t selling its Balong 5000 chip, Samsung’s Exynos 5100 isn’t available for OEMs yet, and the Helio M70 isn’t shipping yet, leaving Meizu with the only choice for the Snapdragon X50.

The problem is that the Snapdragon X50 only support the NSA standard (now abandoned by Meizu). “Due to the special 5G evolution route in China, the window period of the NSA is actually only the last few months of the second half of this year. Therefore, even if Meizu launches the 5G mobile phone this year, the revenue will be very limited“, writes GizChina. 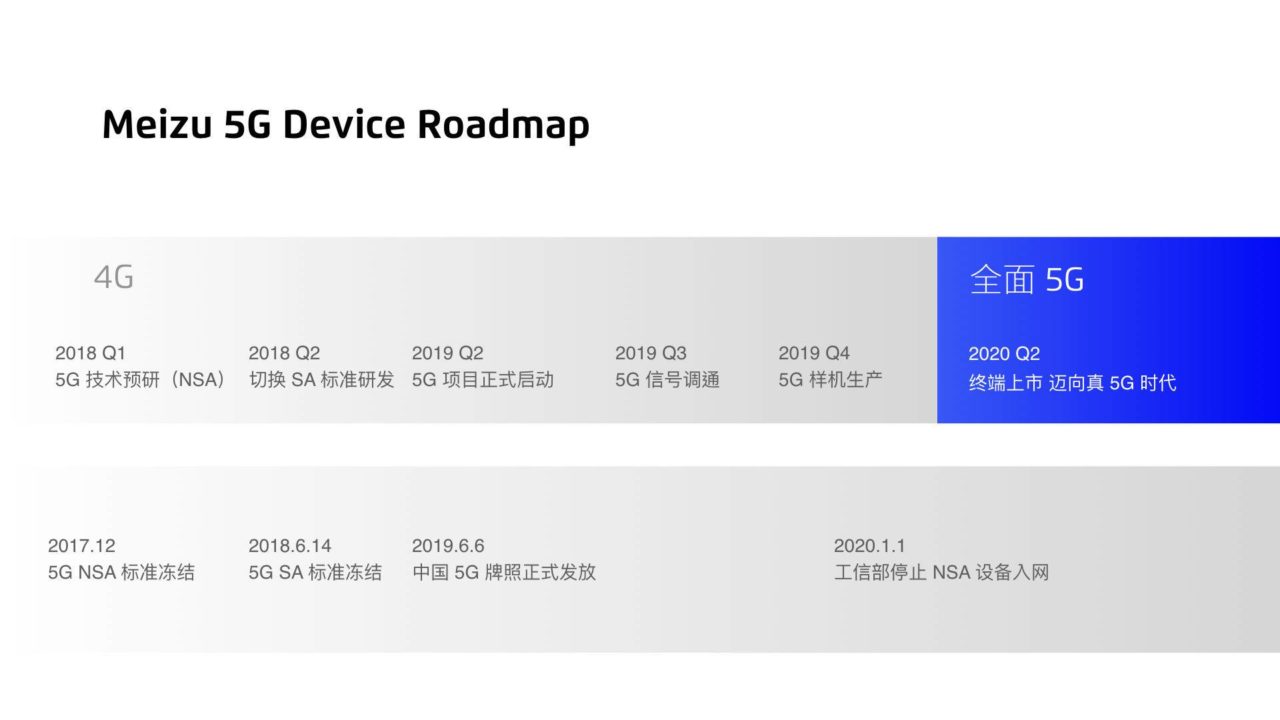 The plastic-made HTC offering comes with modest internal hardware, but details about its international availability are under the wraps.

The iOS 13.6.1 update is now available on all eligible devices over-the-air.