A recent report reveals a slide from a presentation that points to December as the month to possibly expect the 5G Huawei Mate 30.
Published 29 June 2019, 08:00 EDT

Huawei has now twice confirmed that the Mate X foldable smartphone with 5G capabilities will arrive in September, but we now have a third confirmation, in case you needed it. Russian website Hi-Tech posted an article about the state of 5G in Russia, when it will arrive, and why it’s a good thing. Said article is accompanied by the image below, which shows the Huawei 5G line-up. You can spot the Mate 20 X 5G, which was already announced, and the Mate X, with the month of September printed underneath.

However, what’s most important, is that a “new Mate-series smartphone” with 5G support is at the far right of the slide, with the month December indicated as the timeframe. Since the only Mate-series phone Huawei is expected to launch this year will be the Mate 30, and the Mate 30 Pro, we’re pretty sure that’s what the slide is about.

Huawei is expected to announce the Mate 30-series in September or October, which makes this really interesting, with three possible scenarios. 1. the launch will be delayed until December. 2. the Mate 30 and Mate 30 Pro 5G — so basically the 5G variants — will have a separate launch. 3. the launch will still happen as rumored, the phones will have 5G out of the box, but they’ll only arrive in Russia in December.

In any case, Huawei is expected to use its own Balong 5000 5G modem chip to power connectivity on the Mate 30. What’s unknown is what kind of operating system will it use. Will the U.S. allow Huawei to use Android, or will it be powered by Ark OS/Oak OS/Hongmeng OS? 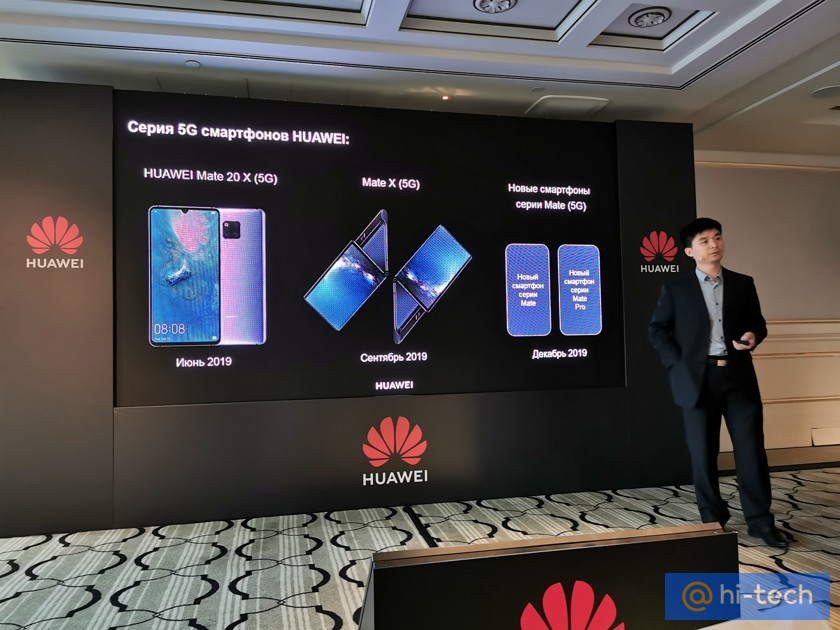