5G HTC phone, possibly the U13, gets Bluetooth certified

Reports of a 5G HTC phone have been around since last year, but there was no solid information until January, when we heard chatter that it might arrive in the second half of the year. Not long ago Evan Blass tweeted (later deleted) about a 5G HTC phone, with model number 2Q6U, already being in the works. Whether its name will be the U13, HTC U13 5G, or something else is anyone’s guess.

The folks over at The Android Soul have managed to get their hands on a Bluetooth certification for a device with model number 2Q6U10000. This could very well be the same device Blass mentioned, aka the 5G HTC phone.

The fact that it will support Bluetooth 5.0 is good to know, but it’s not relevant. What’s important is that pieces of information are falling into place, and this comes as a confirmation for the device’s existence. When exactly will it become official is unknown, but it’s good to know HTC is working on it. 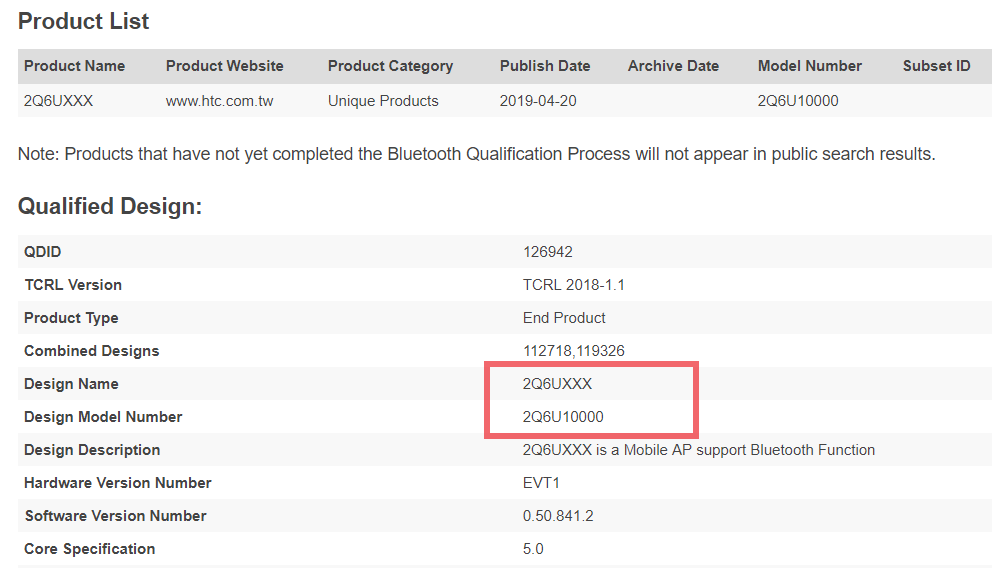