From the Lambo Phone to the webOS smartwatch, check out our list of misses from CES 2015 – and let us know which one you want us to catch up on first!

For us, every trade show starts with the same goal: we want to cover everything. Whether it’s the newest smartphone or the latest Bluetooth accessory, from the thinnest tablet to the chunkiest smartwatch – if it’s a piece of mobile gadgetry, we want to see it, film it, and share it with you.

But at a show the size of CES 2015 (or “the 2015 International CES” if you want to be prissy about it) that’s not possible. Not even with a team of a hundred – and certainly not with a team of three. Hayato, Jaime and I tried to be discerning in our selections for video coverage, so some of our omissions were deliberate. But several other opportunities passed us by thanks to problems in timing, availability, or both.

Here, then, is a selection of products we didn’t get to see at CES 2015, products we look forward to checking out at MWC 2015 in March or even right here in the office, should the review-device fairy be kind to us this season. 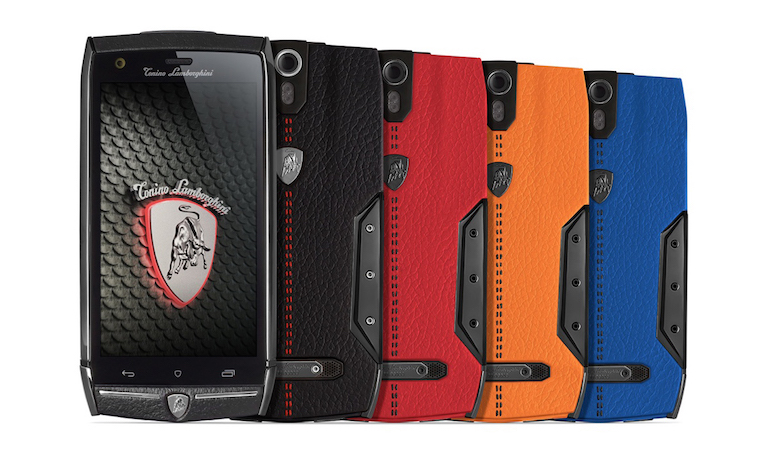 With a Snapdragon 801 processor, 3GB of RAM, a 3400 mAh battery and more, the 88 Tauri is no slouch in the specs department – but its charging-bull logo and custom design are what really make it stand out. This luxury offering from Tonino Lamborghini Mobile sports stainless-steel and stitched-leather construction, dual 4G LTE SIMs, 8- and 20-megapixel cameras … and a price tag north of $6000. That, plus the limited production run of less than 2000 units make for an exceptionally exclusive smartphone, one we wish we’d gotten some hands-on time with. On the bright side, our missing the “Lambo Phone” meant we could bring you coverage of the Firefox Fx0 and HTC Desire 826, and we’re on the list for a review device so we can fully experience all the luxury a riveted rich-person phone can offer. 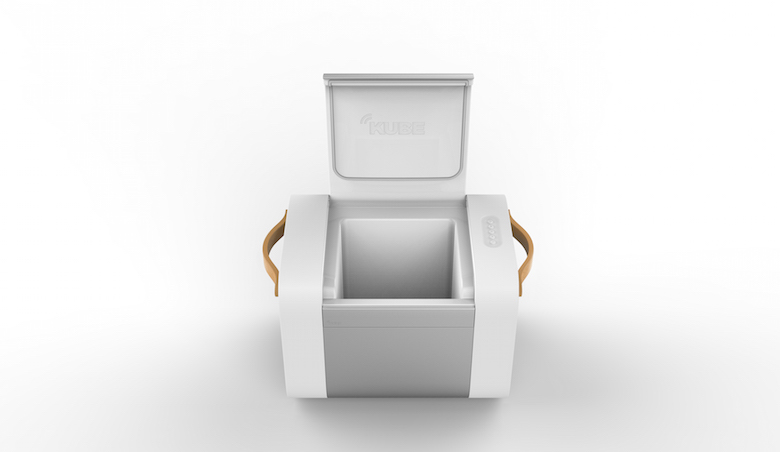 I’m not ashamed to say that I enjoy a cold beer in a warm swimming pool every now and then … and I know I’m speaking for Jaime Rivera in that sense, too. So when our old PR friend called us up with an offer to cover a beer/food cooler with a built-in set of Bluetooth speakers, we jumped at the chance – and then promptly overbooked ourselves so hard that we never made it to the launch party.

If we had, we’d have been treated to an accessory like none other: a 20-pound, 33-quart, LED-lit cooled storage bay flanked by Polk Audio marine-certified speakers rated from 3 to 100 decibels and lasting 20 hours on a charge. KUBE is the kind of Bluetooth accessory you don’t even think of … until you’re perched poolside with a warm beer trying to make out the tinny wailing of Jimmy Eat World from your smartphone speaker and wishing you’d made better choices (in contemporary music and in CES parties). 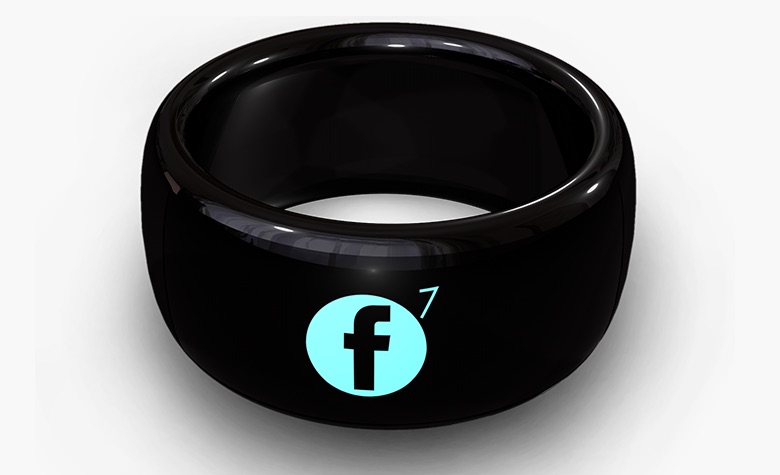 This one wasn’t our fault, in that we actually did go to see it. With promises like notification support, all-day battery life, and the smallest form factor yet for a wearable smartphone accessory, how could we not? The MOTA Smart Ring was poised to be the runaway hit of the show for us, at least in wearables – assuming the promised working prototype was available for filming.

Sadly, not only was the prototype not ready for filming; it wasn’t even ready for showing. What we got instead were a duo of glossy resin mockups with no internals and fake displays – not to mention casings which were flatter and far less symmetrical than the sleek render pictured above. MOTA’s website still promises a June delivery date for its $99 pre-orders, so we have to assume working review models will start hitting the scene soon … but after the double-disappointment of CES 2015, we’ll wait for a working model to hit our finger before we start getting excited again. 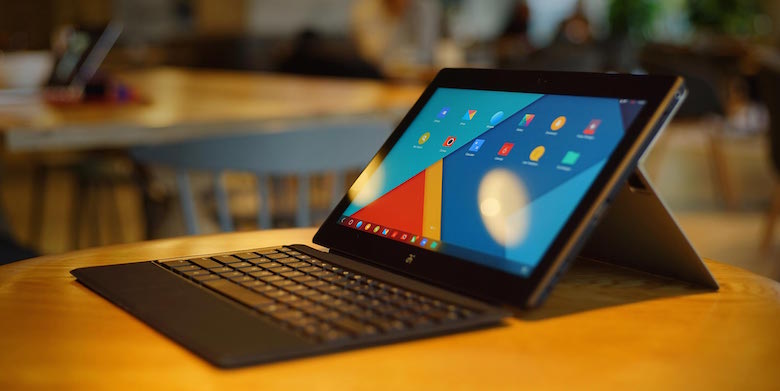 Usually when I say I “did a double take” I’m speaking figuratively, but not this time. Hayato and I were crossing back to our rental car from the MOTA visit when a table adorned with Microsoft Surface tablets caught our eye. Wait – on second thought, those weren’t Surfaces! They were … Android tablets?

As a helpful person from Jide Technology explained, the Remix Ultra is the world’s “first true ultra tablet” (whatever that means). It sports an 11.6-inch Full HD IPS touchscreen with extendable kickstand, magnetically-attached keyboard with traditional PC shortcuts, an OTG USB stick in the box and a special version of Android 4.4 running on a Tegra processor. About half of that reminds us of the Surface, and the other half is painted to look like the Surface – including the custom Android skin laid out like Windows.

Ordinarily we’d just have snickered, shaken our heads and walked off … but the Remix Ultra actually looked pretty good. Picking it up, we found it also felt pretty good. And for a base price of $349 (a good $450 cheaper than even the base Surface Pro 3 model), this thing caught our attention enough to promise we’d be back. And then of course we weren’t. But we’ll ask for a review device to see just how sad we should be about missing the opportunity to introduce this sucker to the world. 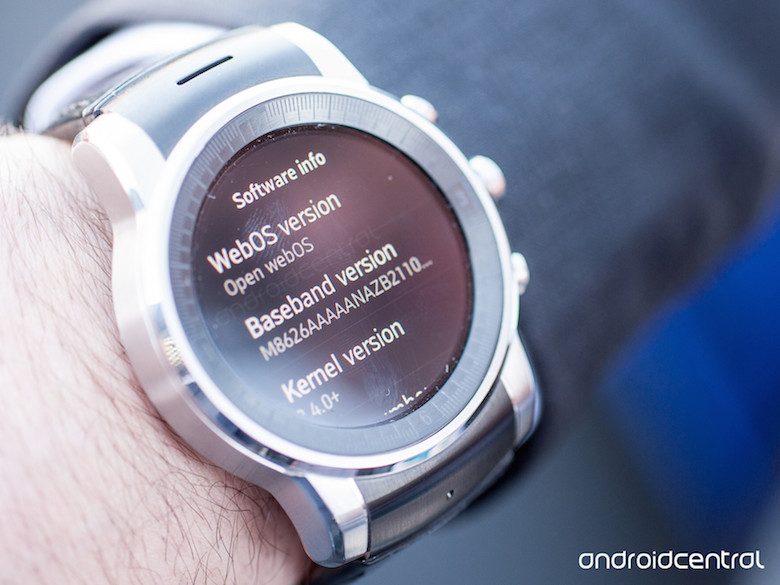 It was Android Central that got the scoop on this one – and what a scoop it was. The LG-W120L smartwatch that LG was showcasing as an Audi connected smartwatch was running not Android Wear, but our old favorite, the little platform that couldn’t: Open webOS. The UI is nothing like the cards interface of old, and also nothing like the modernized interface of LG’s webOS-powered TVs: it features either a rotary dialer-like app tray or a traditional vertical-scrolling arrangement, and it actually looks a lot like an earlier build of Android. The hardware it was being showcased on is also even chunkier than LG’s G Watch R, and we’ve got quite a few questions about how useful it’ll be to non-Audi owners (and where else we’ll see webOS appear in LG’s future arsenal). All those factors aside, though, it’s just nice to see webOS pop up again in a product destined for sale to the public – and we’ll take it for a test drive just as soon as we can.

What else did you want to see us cover at CES 2015? Leave your comments below, then be sure to check out our CES 2015 hub to see all the coverage we did kick out from Las Vegas. And if your eyes are tired from all this reading, give ’em a rest: tune in to Pocketnow Weekly 130 for our audio recap of the show, featuring some very excellent guests from Android Authority and Mobile Geeks!

Google Play Movies lets you buy or rent movies and TV shows, but the platform might soon let users watch content for free if they agree to see ads.

The alleged Legion gaming phone bundle will include gamepad controllers, true wireless earbuds, and a protective case among other accessories.