In its first day, the ORBI Prime has garnered half of its funding goal. People are excited for some action specs with bleeding edge video possibilities.
Published 02 November 2016, 15:26 EDTUpdated 02 April 2021, 10:57 EDT

There are glasses with cameras that can record 360° video at 4K resolution. And they’re on Indiegogo. Well, there’s plenty of hype to go around, so we’ll start with the fact that the project has amassed more than half of its $75,000 goal within the first few hours of its listing on the crowdfunding site and it looks like some major stretch goals may be breached in the next month.

But let’s start with the brass tacks of what the Orbi Prime is — there are plenty of them.

The Califonria-based startup ORBI touts the Prime as the first piece of eyewear to record 360° video. The polycarbonate framing houses four 1080p30 cameras for complete horizontal coverage and up to 300° from the upper hemisphere down. Footage is actively stabilized in real-time and the lenses are polarized to keep excessive light from overpowering the video.

Did we mention that these specs are also specced for IP64 protection? Unfortunately, while dust ingress is nigh impossible, the “4” in the rating only provides for protection from spraying water at up to 60° — essentially weatherproofing. 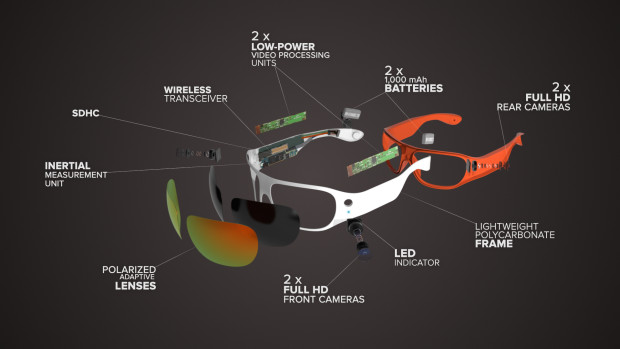 The Prime can capture up to 180 minutes of footage onto a microSD card of up to 128GB. The 1,000mAh battery should last through 90 minutes of continuous recording. While there is a micro-USB port for charging, Wi-Fi is built in to share footage to your Android or iOS phone for editing on ORBI’s app. ORBI also has an editor for OS X and Windows 7 or later. Speaking of the mobile app, you can also use it as a live viewfinder and playback device. 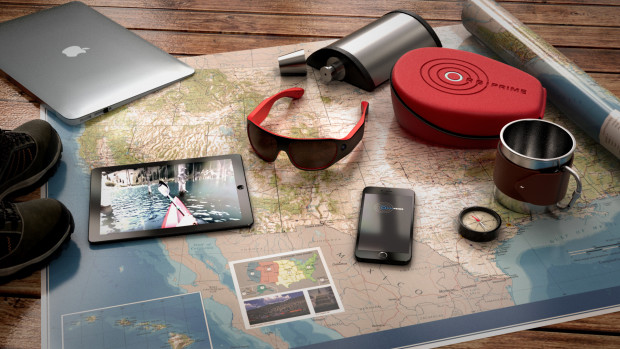 Each ORBI Prime comes with a charging case, safety strap, USB cable and lens cloth. The Super Early Bird tier at $299 has been wiped out. Exclusive Early Bird and Early Bird tiers are available at $329 and $349 each. Standard retail price is $499. Perks committed now are expected to ship August 2017.

Apple allegedly blocked the developer from updating his app and then copied a similar version into Apple Watch Series 7.