Tired of the same old thing from the same old players? Not to worry; three cool smartphones (from three very different OEMs) are just around the corner.
Published 15 July 2015, 19:14 EDT

Anyone accusing modern smartphones of being dull probably needs his eyes examined. With phones like the extravagant Galaxy S6 edge, the curvaceous LG G4 and the precision-machined HTC One M9 on store shelves, we seem in the midst of a golden age of Android smartphone design.

But here’s the thing: all of those are mainstream smartphones. Big-name manufacturers on big-deal wireless carriers, covered to death by big-time publications. You see these phones on the street, on the bus, and dangling from your friends’ pockets and purses. They’re great, sure, but they’re so damn commonplace. Even the niche OnePlus One has been elevated to a lofty position by virtue of its excellent value, stealing enough mindshare to elicit constant comparisons in every tech blog’s comment section.

Speaking of the comments: if you haven’t already jumped down there to call me an insufferable hipster, congratulations! You get a list article! Here’s three of the coolest, weirdest, or otherwise off-the-beaten-path smartphones you can find this summer.

That mysterious new entrant into the smartphone space from a few months back? Turns out it was none other than our old friend ZTE in disguise, hoping to make a splash with a fresh brand name and some marketing subterfuge. But the company’s new smartphone isn’t just a rehashed bag of old tricks: the Axon brings all-metal construction, a dual-camera setup and substantial audio hardware to an all-metal chassis packing 4GB of RAM. Sure, it’s got some drawbacks –the Snapdragon 810 processor doesn’t have the best record and there’s no MicroSD expansion, for starters– but it’s got a big display, unique styling and a sub-$450 price tag unlocked. As with all the phones on this list, we’ll have to wait and see how it performs under real-world review conditions before we can fully recommend it, but the Axon is the most exciting smartphone to come out of ZTE in years. 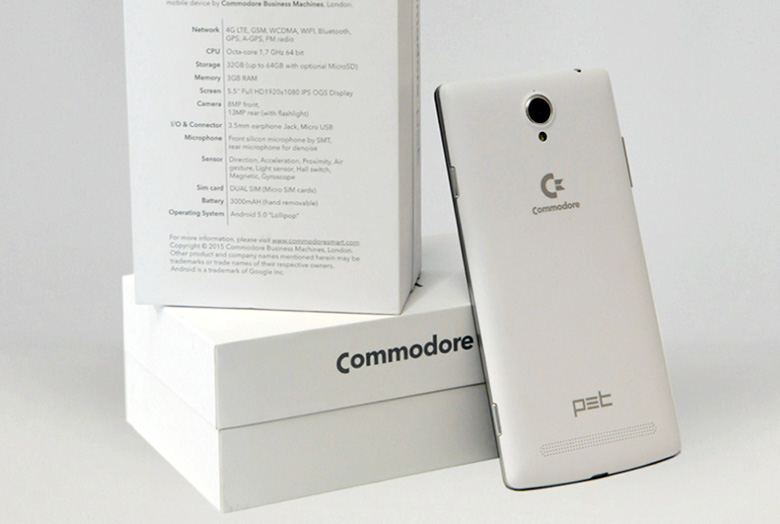 My first computer was a Commodore 64, a whopper of a desktop with a big honking CRT monitor, dual 5.25-inch floppy drives and a 1MHz processor backed up by 64kB of RAM. Every time I think back to using it, I get a little misty eyed with memories of games like ELIZA, Adventure and Planetfall – and twiddling around in BASIC to get the finicky GEOS to load. Yep: in those days, computers were such a novelty that even word processors held untold wonders.

That’s the kind of nostalgia Commodore Business Machines is banking on to sell its new Commodore PET smartphone. It’s not the same company of old, but it doesn’t matter; CBM owns the rights to use the defunct Commodore branding, and it’s slapped it big and bold on an Android phone that eclipses the computing power of its desk-sized namesake a millionfold. With an unlocked price of around $300, a MediaTek processor and what could charitably be described as a nondescript design, the Commodore phone might not be the flashiest thing around … but its beloved brand and the preloaded 80s-era gaming emulators onboard will ensure it finds a home in some pockets, even if just for the novelty value. 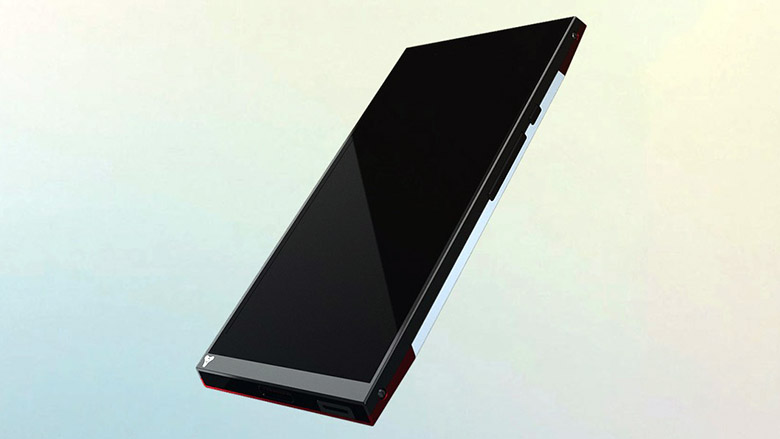 Where the Commodore PET leans upon nostalgia, the Turing Phone goes the other direction. Modeled in part to resemble the spacecraft from Interstellar, this aggressively angular smartphone is unapologetically futuristic. It packs a side-mounted fingerprint scanner and an in-box encryption key to render it “unhackable.” It’s got a magnetic charging port that resembles the MagSafe connector found on Apple notebooks. And it’s crafted from a substance called –no joke– “liquid morphium.” Yesterday I got a chance to get some fingertip time with a sample of the material, which feels like a kind of super-slippery glass.

The Turing Phone also brings an ambitious timeline, though, with creator SYL Chao opening preorders at the end of this month. That’s despite the phone’s “Æmæth” software still not being demo-ready. But if Chao’s able to deliver a working Turing Phone to the masses before its Snapdragon 801 processor falls hopelessly out of date, it may well prove a tempting target for those who’d rather stand out than fit in.

Michael Fisher spends a lot of time threatening to buy phones like these –but seldom following through– on Twitter.

Dying for more easy-to-digest editorials to while away the dog days of summer? Check out the 4 worst arguments against the smartwatch and 5 essential phone features (that no one cares about anymore). Then see what we’ve been up to on YouTube with the latest After The Buzz re-review!