1080p Screens On Smartphones Are Useless. Here’s Why.

HTC has a new first coming up: a smartphone with a 1080p HD display. Read to see why we think it’s absurd.

Full-1080p HD is coming to your smartphone! So break out the party hats and rent a pony, because the whole world’s about to cha– oh, forget it. As I -and several of my companions- have mentioned more than once on the Pocketnow Weekly podcast, I can’t even pretend to be interested in this.

Let’s start with the facts. This isn’t the first time we’ve talked about full-HD displays, but it’s much more relevant today. Formerly the exclusive domain of speculative “someone will be crazy enough to do it someday” conversations, 1080p smartphone displays are now in the spotlight in a very real way. That’s thanks to HTC, whose trials and tribulations have provided endless fodder for discussion as the company works to right itself in the face of stiff competition and tumbling profits. Part of that effort is its much-buzzed-about superphone, the J Butterfly.

In addition to an impressive spec sheet and super-sized proportions, the J Butterfly packs the world’s first smartphone-sized 1080p display, a five-inch Super LCD 3 boasting an insane 440 pixels per inch. It’s a device that HTC hopes will catapult it back into the spotlight as the former flagship One X gets a little long in the tooth, and it’s one we’re very excited to get our hands on, perhaps in the form of the rumored DLX. But that excitement derives from the device’s scale and its importance to HTC’s strategic efforts, not its 1080p screen. That’s because, at this stage of the game, 1080p screens deliver a cost/benefit ratio about on par with cold fusion. That is to say, they don’t provide enough bang for their buck.

The Power Cost Is Too Damn High 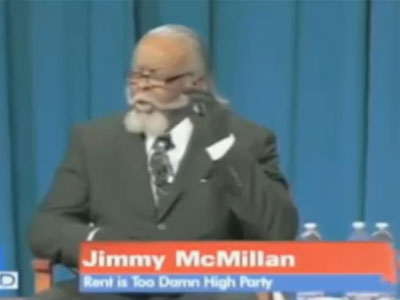 You don’t need to talk to Jimmy McMillan to understand that power consumption on smartphones is a critical choke-point for innovation. Simply put: mobile devices keep adding features that demand more and more power, while the available output coming from today’s batteries isn’t growing at the same pace. The result is a mixture of intelligent power-management options like Motorola’s SMARTACTIONS to limit smartphones’ consumption of power, and brute-force milliamp-hour cramming: packing the highest-possible power density into a device, ala the RAZR MAXX. By most accounts, we’re still a few years off from any major leap forward in battery technology.

Higher-resolution displays compound the problem by, well, requiring more power. The more pixels manufacturers pack in to any given screen, the more juice it needs to chug in order to keep the lights on. That’s true regardless of display technology; an LCD screen’s pixels are different than an AMOLED’s, but they’re still pixels. Remember when the 2012 iPad came out with a battery almost twice the size of the older one, but still ended up offering the same staying power? You can thank its Retina display which, according to Apple Insider, packs in double the backlight LEDs as the iPad 2. And it’s not just illuminating said pixels with a backlight or organic magic-sauce that costs power; it’s the thinking that the device has to do to keep them all lighting up the right way. Which means …

The Processing Cost Is Too High, Too 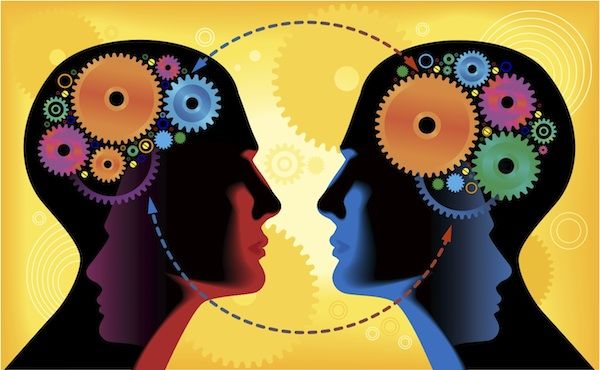 The Graphics Processing Unit in your smartphone isn’t just there for you to play the latest in texture-intensive games; on many platforms, it works with the CPU to display every element of the user interface. Rendering the graphic-heavy UI environments of today is a hard enough job at standard resolutions, but it becomes incredibly processing-intensive at HD res and above. Tom’s Hardware puts it best in a piece on the 2012-edition iPad:

The iPad 3’s high-resolution display also requires a more powerful graphics processor, which [has] its own impact on power use. More pixels on the screen necessitate a faster piece of silicon to draw and render, just to maintain similar performance. Although desktop PCs feature much more thermal flexibility … a GPU has to work harder at higher resolutions, reflected in a power measurement. This is just as applicable on a tablet employing embedded graphics.

… and, by extension, on a smartphone running a mobile OS like Android. Devices like the J Butterfly don’t have the size/weight flexibility of tablets, so they need to make do with comparatively small batteries– 2,020 mAh in the case of the J. Paired with a 1080p display, that doesn’t paint the rosiest picture for the device’s endurance.

On top of all that, the tradeoff isn’t even worth it, because …

You Won’t Be Able To Tell The Difference

I know a lot of our readers love it when I talk about the iPhone, so I’ll use it as an example again. When Apple introduced the iPhone 4, the company called the phone’s screen a “Retina display” because the 326ppi pixel density was so high that individual pixels were indistinguishable to the human eye at normal viewing distances. That’s no longer an industry-leading figure; in fact, HTC was one of the companies to develop a display beating that of the iPhone 4 with the HTC Rezound (342ppi). Also, Apple has played fast and loose with the “Retina” branding on its new iPad (264ppi), but it counters that viewing distance on a tablet is greater than on a smartphone.

All that aside, it’s tough to see why anything substantially over 300ppi, the limit Apple initially cited as the “Retina” threshold, is even necessary. If pixels are indistinguishable at 300ppi, are they going to be more indistinguishable at the J Butterfly’s 440ppi? Or is this more like “polishing the cannonball,” as a submariner would put it?

My vote is for the latter. I think this 1080p move, while technologically impressive, is little more than a publicity stunt meant to put HTC’s brand back into the spotlight. As our own Stephen Schenck points out in the above-linked article, “whether you thought such a thing was preposterous, or merely excessive, there’s little denying what a coup such a screen would be should a smartphone ever be the first to offer such technology.”

To be clear: I’m glad to see HTC making waves with this move. After all, LG shouldn’t be the only company busting out the gate with headline-grabbing firsts time after time, and we hope HTC has more success than LG has managed of late. But the jump from 720p to 1080p isn’t likely to drastically improve your smartphone viewing experience the same way it would on a tablet or a computer. The Butterfly J has a beautiful screen according to firsthand accounts -The Verge uses the term “astonishing”- but unless you regularly look at your smartphone through a magnifying glass, it seems to be much more buzzwords and bombast than real-world enhancement. That’s fine if you’re not sacrificing much, but considering the likely penalty in battery life and processing power, 1080p smartphone screens don’t seem worth the tradeoff in today’s world.