10 reasons to buy the OnePlus 7 Pro

The OnePlus 7 Pro not only features specs that are matching the competition, but in many departments, it massively outperforms other flagship phones.
Published 01 June 2019, 08:00 EDT

Thing is, the OnePlus 7 Pro not only features specs that are matching the competition, but in many departments, it massively outperforms other flagship phones. All of this, at a fraction of the price, with the highest-end configuration going for only $669. You can shave off more dollars from the price if you trade in your old device. Yes, OnePlus allows you to do that, and they also have a promotion going on until the end of June. Link to trade in promotion.

So, in case you haven’t already purchased your OnePlus 7 Pro, here are ten reasons why you  should!

The OnePlus 7 Pro is a true fullscreen smartphone. With no bezels and notches, the company managed to achieve that by shuffling around the hardware. The front-facing camera, which pops-up with class, has been relocated, so you have a great user experience. With no edges, you hold a phone that’s all screen, from top to bottom and side to side. Looking at pictures is like holding life in your hands.

Not only is it 6.67-inches big, and a Fluid AMOLED at that, but the display’s 90Hz refresh rate makes the phone actually fun to use, regardless if you’re scrolling, zooming, or enjoying content. It’s a really big thing!

There’s a 4,000mAh battery on the OnePlus 7 Pro, and, with Warp Charge 30 Fast Charging, it tops up pretty fast! When it doesn’t need a charge, though, it just goes on and on, with great stamina and battery life. You no longer have to worry about running out of juice by the end of the day, even with heavy use. 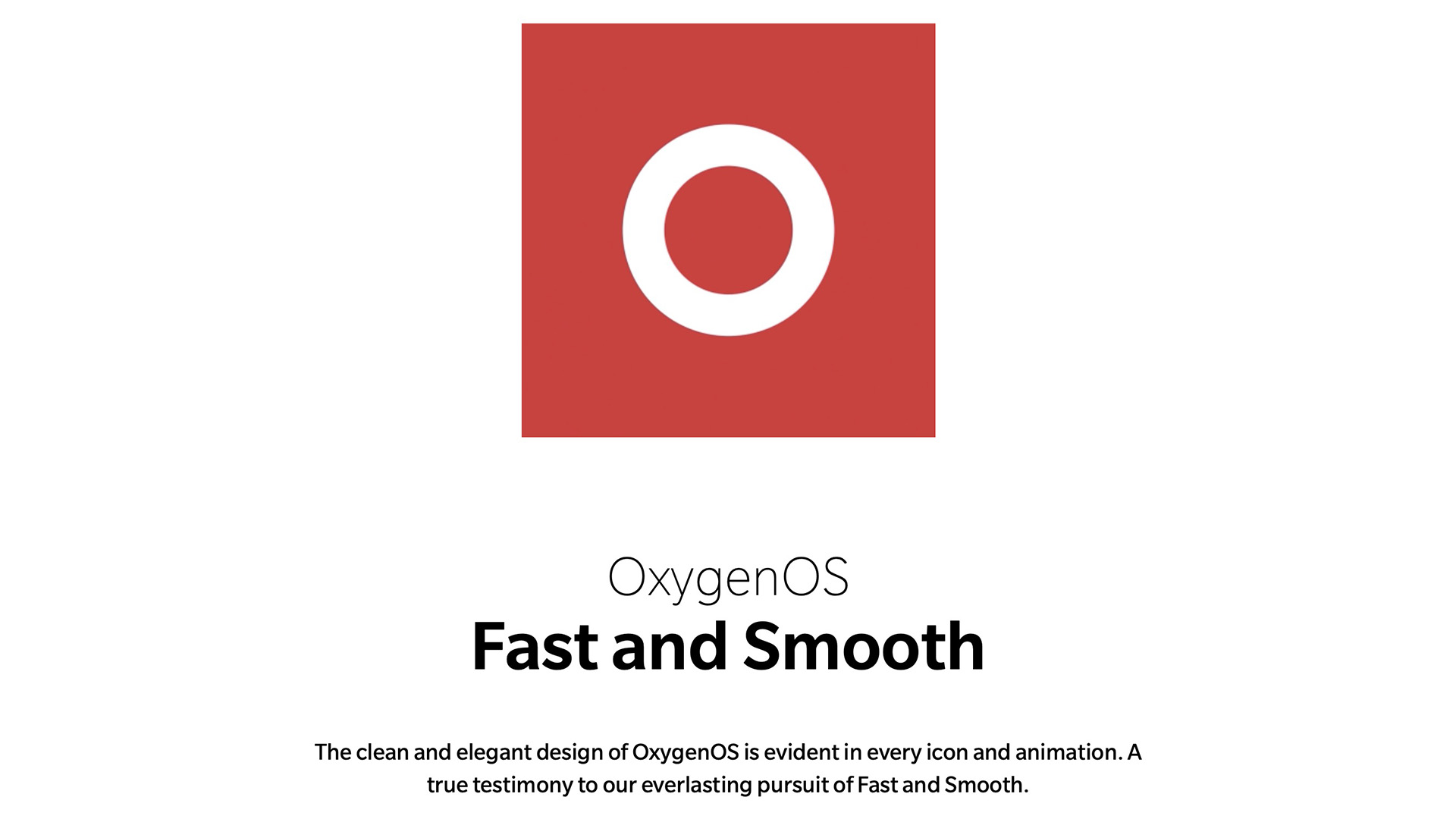 The OnePlus 7 Pro runs OxygenOS, based on the latest version of Android, which is 9 Pie. It is a lightweight skin that’s clean, and much much more customizable than stock Android. You can truly make the phone yours without sacrificing performance or features. 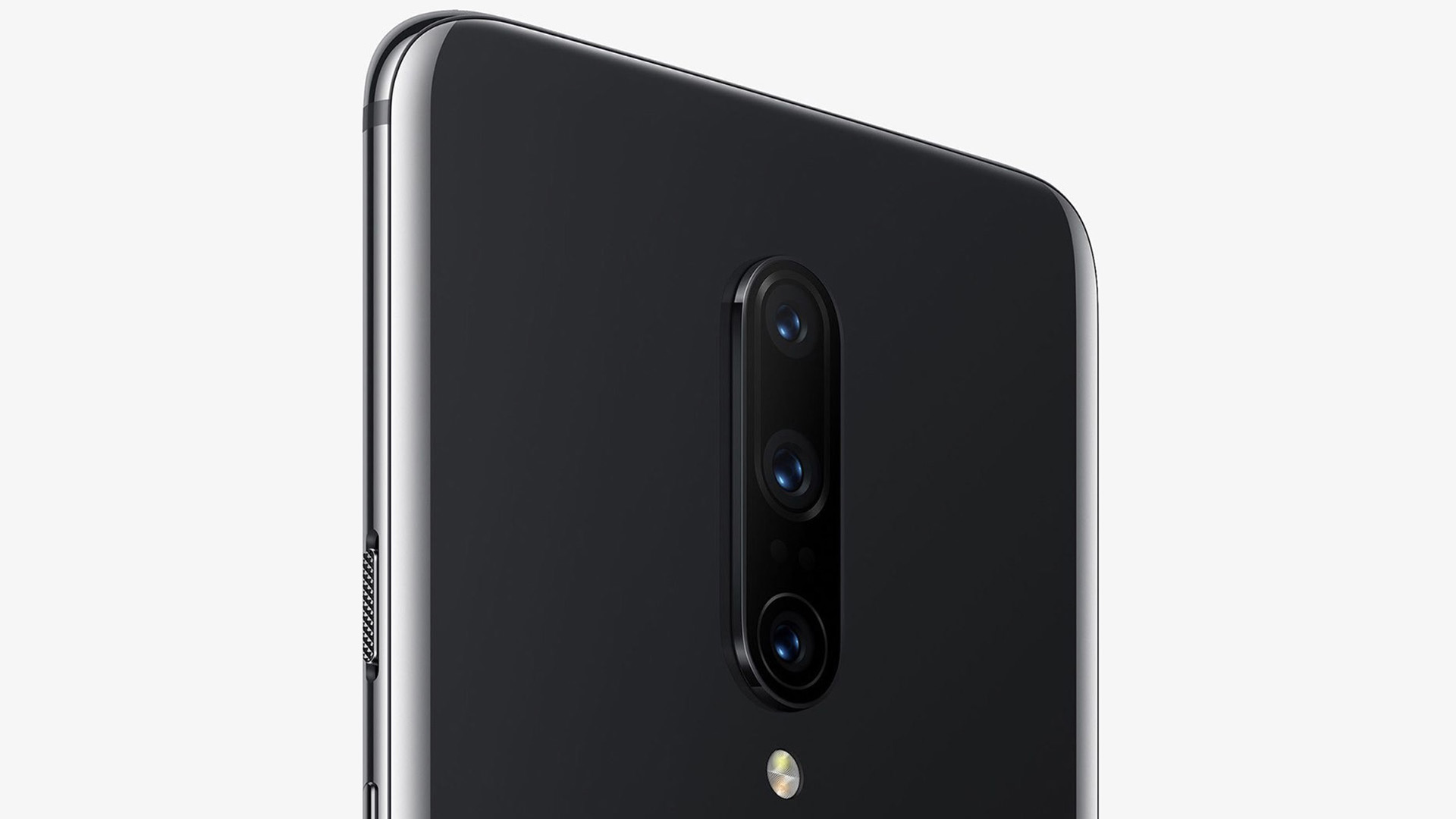 Whether you talk about the front-facing pop-up 16MP camera, or the trio on the back (48MP/8MP/16MP), it is extremely versatile. You can get real close to your subject with 3x telephoto zoom, or fit more in the frame without taking a step back with the wide-angle lens. If, however, you want to take your time to compose a shot and use the 48MP resolution in Pro mode, it’s amazing. The selfie camera will impress you too. And, best of all, OnePlus is pushing out updates to continuously improve the phone’s camera performance. In short: this is one of the most versatile camera systems we’ve ever used.

If you like listening to music, streaming content, or playing games, the dual speakers on the OnePlus 7 Pro are incredibly loud. You have two speakers on the device, for stereo output, as well as increased volume levels, and, since the phone is rather large, it allows OnePlus to utilize large speakers that play back high quality sound at high volume. 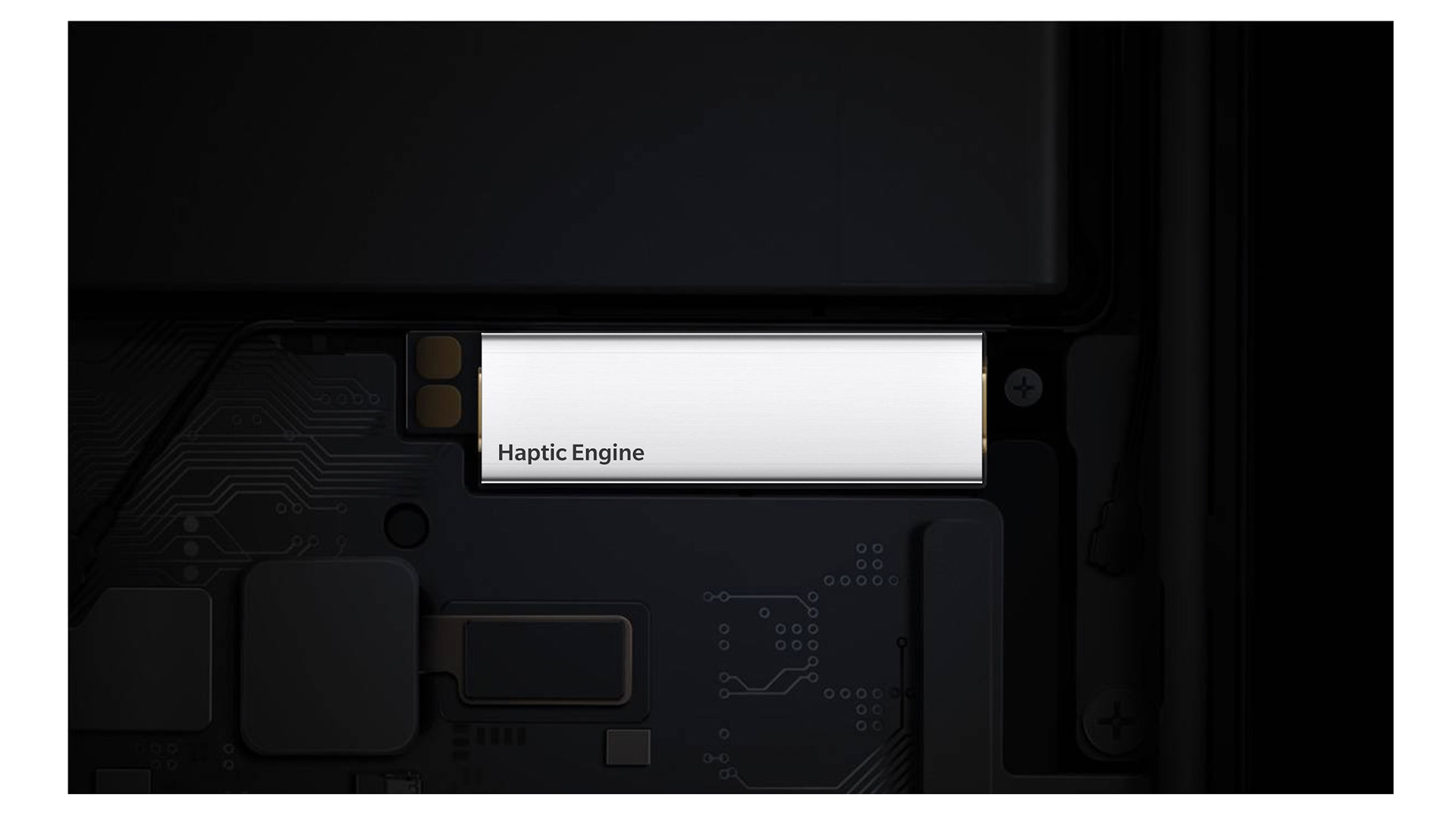 The Haptic Vibration motor inside the OnePlus 7 Pro is the closest to Apple’s Taptic Engine that we’ve ever seen on an Android device. It is very precise and smooth, adding to the user experience, whether that’s during notifications, or touches to certain portions of the user interface. 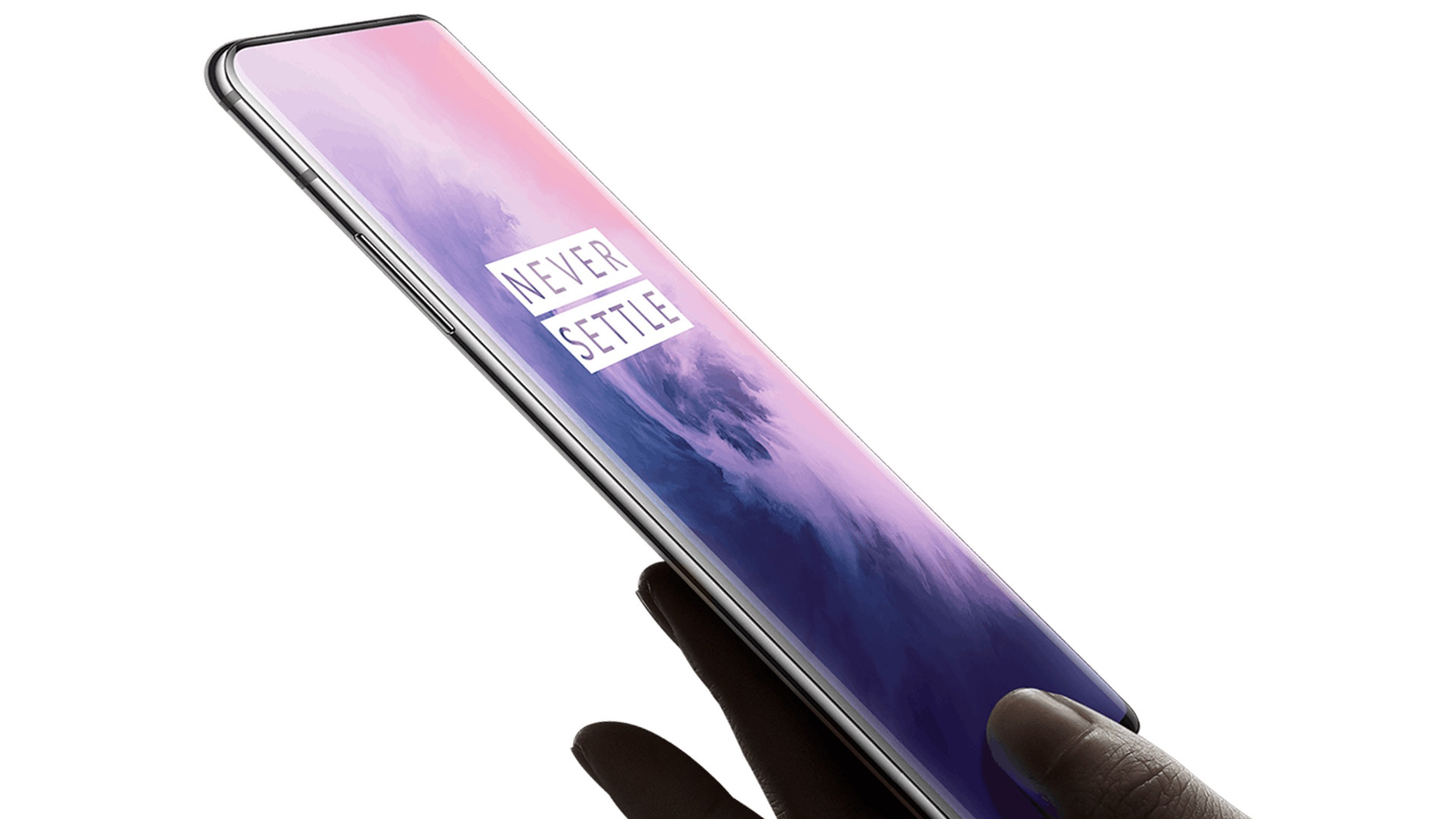 This phone is a beast! Everything loads almost instantly, with lots of RAM and OnePlus RAM Boost. It also helps that it features the fastest processor in the Android world, the Qualcomm Snapdragon 855, which is coupled with UFS 3.0 storage standard, which is much faster than the previous UFS 2.1 iteration you’ll find on most current Android flagships. 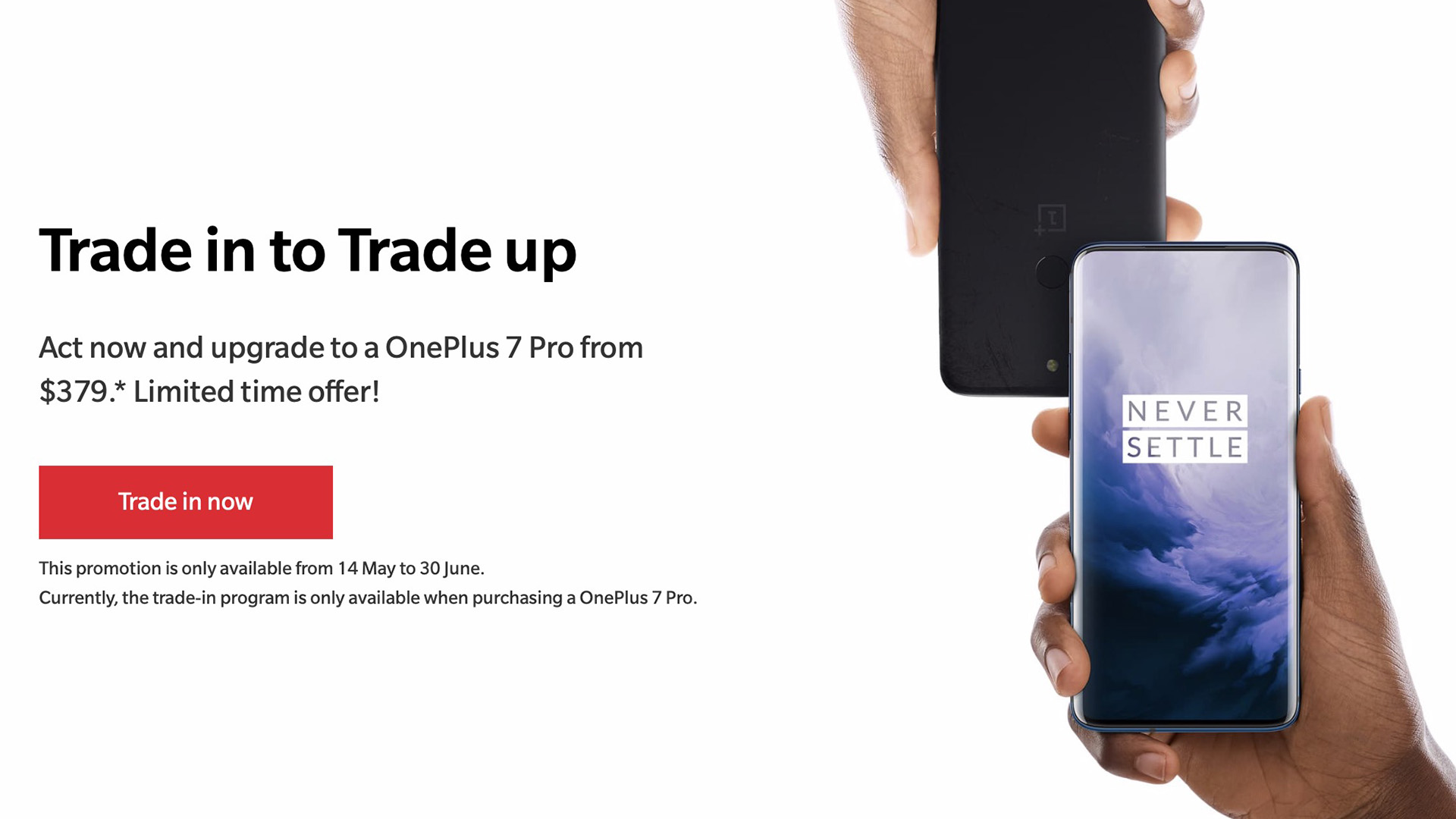 The price, starting at $669, is hundreds less than similar flagships from Samsung, Apple, and all others. Not only do you pay much less, but you’re getting at least the same features found on competing devices, if not more/faster/better. Really, it’s a no-brainer.

If you still find it difficult to spare $669, OnePlus is helping you out with its trade-in program, where you mail in your old device, and you get money back on your OnePlus 7 Pro purchase. Additionally, OnePlus currently has a promotion in place going on until the end of June, so now it’s really the time to grab one. It’s probably the cheapest it will ever get.

So, what are you waiting for? Go get your OnePlus 7 Pro from T-Mobile or OnePlus.com today!

We thank OnePlus for sponsoring this article!

You can now take advantage of the Apple Music Android application on Windows 11, albeit you may need to do some extra steps to get it working.
YouTube 1.8M
Facebook 570K
Twitter 197K
Instagram 133K
RSS